David Lamb is a native New Yorker, born and raised, bitten with the writing bug since he was in elementary school and had handwriting nobody could decipher. He is the writer and producer of the award-winning hit off-Broadway romantic comedy Platanos Y Collard Greens. Being a writer and having the chance make people laugh out loud while challenging them to think about the world around them, and inspire each of us to believe in the power of love and our own ability to overcome life’s challenges is a great gift that David truly enjoys and thanks you for allowing him to share with you

Like David on FB @theauthordavidlamb to get updates on New books, Plays and Readings

I enjoy writing different types of romance, but my favorite is dramatic romance. I love creating drama! My personal life is pretty normal and I enjoy spending time with my family when I’m not writing. Although, there’s rarely a time that I’m not writing! I love music as well, which is reflected in most of my books.

As a multiple award-winning, best-selling Amazon author, Olivia loves a good laugh coupled with some steam, mixed in with a man and woman finding their way past the words of “I love you.” An author of contemporary romances, she writes heartwarming stories of blossoming relationships about couples not only falling in love but building a life after the hot sex scene. When Olivia is not writing, she enjoys quilting, playing Scrabble online against other word lovers and spending time with her family. She is an avid world traveler who writes many of the locations into her stories. Most of the time she can be found sitting quietly with pen and paper plotting more adventures in love.

I was born in Nashville, Tennessee and was raised by my loving grandparents Hattie and Ernest Fletcher. I discovered my love for writing in the 5th Grade thanks to a wonderful teacher named Ms. Middlebrooks. I have written stage plays, television scripts, short stories, and now novels. I have been married to the love of my life Ron for over 20 years and we share a handsome five-year-old son named Nathaniel. We live overseas and I love to read, travel, and dance.I am currently signed with Major Key Publishing.

Best known as the master of urban suspense for his iconic Mike Black Saga, Roy Glenn is a multi-genre author who has always had a very vivid imagination, Roy began making up his own stories at a very early age; but his passion for writing those stories didn’t come until much later in life.
“It began with a thought and after a while, the characters and the story became clear to me and began to play over and over like a movie in my mind.”
He began writing his first novel, Is It a Crime, which became a bestseller and gave birth to the popular character Mike Black, and the Saga began.
Roy’s other titles in the saga include Mr. & Mrs. Black, The Name of The Game, Revenge, and This Is Mine. Some of his other novels include tales of romantic suspense like Doctor/Patient Confidentiality, Crime of Passion and Body of Evidence, as well as romances: Give Me All, With You, It’s Only Love, Unexpected and Be With Me with Aja.
Roy was born and raised in the Bronx, and currently lives in Jacksonville, Florida where he is working on a tale of second chance love titled, This Time Baby and Deep In It, the next installment in The Reign of Rain Robinson. 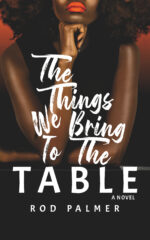 Son of a carpenter and a nanny, Rod Palmer was born in a historic Gullah Geechie community in Charleston, SC. He received his degrees in creative writing and Afro studies at the University of South Carolina before becoming an author, and growing a list of seven published novels and counting. Currently he resides in Europe where he is a dedicated husband and girl-dad, enjoys travel and writing the next novel. 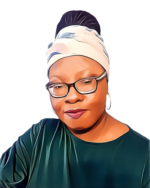 Joi Jackson currently lives in Atlanta, GA and has loved romance novels since the Sweet Valley High days. She writes diverse swoony romances with strong heroines that love technology. Creating love stories that make readers laugh, fall in love with the characters and maybe even learn something is her goal.