Hey Girl! Check out these new releases from April 13th-19th.

Kima Nolan has had enough of the Clarkes.
If they weren’t the only thing keeping her business alive, she wouldn’t deal with them at all.
Addison isn’t too bad.
Andre’s bite isn’t as severe as his bark.
But Aiden is so impossibly unruffled, so sure of his convictions… for Kima, its probably best to avoid him at all costs.
There’s no telling what might happen if he gets too close.

He couldn’t complete me. In fact, he refused to.
He struggled to figure me out, and I didn’t know how to help him put the pieces of my complex puzzle together.

I couldn’t bring him down with me. In fact, I refused to.
I struggled to let him love me, and he didn’t know how to stop proving he did.

Love. We hit it hard.

*Please note, this is a novelette.

In Love’s Name by A. Marie Johnson

Oftentimes anything can go when Love’s name is involved. For Leighanna and Janero what should’ve remained as a feud between neighbors quickly spirals into a mutual attraction they both find hard to deny, and when Leighanna finds herself needing a place to stay for three months Janero surprisingly becomes her safety net. Given their close proximity it doesn’t take much for their once deniable attraction to turn into unavoidable true feelings. Before it’s all said and done, both of them find themselves willing to do things they swore they’d never do in the name of love.

Labyrinth was done with writing her book and with Doug. She tried hanging in there with him but beyond the sex, he did nothing for her. He hadn’t taken it well but one thing being in Center City provided for her was a sense of only doing things if they truly worked for her. Her mother, sister and aunt did things for others but always on their terms. She needed to give the completed manuscript to Cinnamon but was reluctant. Not because of anything about Cinnamon but truths she discovered about herself while writing and forcing herself to be completely honest… honest about the things she did in her quest for acceptance, love and money. And more than anything she wasn’t sure she wouldn’t repeat history if she felt she had to.

Growing up in a home where religion and abuse are interchangeable, eighteen-year-old Nayo Thomas is struggling with balance. Abiding by HP rules, surviving her bible-thumping grandmother, and locking down an escape from demons on her back consumes the freckled-face loner. Comic books have become a temporary fix, but Nayo craves more. Fortunately, a new member of Trinity Baptist steers the sheltered beauty from between the pages and straight into the lane of the new kid on the block.

Nurtured by the streets, Sonder “Solo” Knox is now paying his debt to society. A ward of the state and a menace to HP streets, Solo is looking to settle all debts before implementing his last getaway. After being caught drag racing, the bucket hat-wearing driver is ordered to complete community service. Closed off by nature, Sonder’s dreams of dominating motorsports has kept him afloat, however, the unique distinctions of his new classmate introduces a softer element to his solid plans.

Enthralled by new energy and fueled by shared dreams, will the young couple outrun their shadows?

Neglected wife plus cheating husband equals a recipe for disaster….

Edward, known as Libra to the streets, is a kingpin with everything a man could want; money, homes across the city, businesses, and above all, a loving and faithful wife. When offered the opportunity to expand into Atlanta, he jumps at the chance to extend his empire even further to make more money. The streets have a way of tempting even the most faithful man, and Libra is no exception to the rule.
When Cocoa finds out about her husband’s deceitful ways, she weaves her own web of deception and lies. Bumping into a mysterious man who the streets know as Scorpio at the mall, she finds herself caught up in a love triangle between the man who she has history and the man who holds her heart. In her haste to get both men out of her system, she adds a third to her triangle of lust. Spiraling out of control in a sea of selfish desire, Cocoa is forced to make a choice of who she truly loves. Is there such thing as happily ever after in the game of love?

Danica and Keaghan were both broken souls blindly navigating their way through life.

Neither of them was looking for the other, but the sparks that fly when they reconnect refuse to die.

**This is a standalone novella**

Just A Friend by A.S. Wilson

College friends, Julian and Meekah, have each transitioned from the corporate world to the art world, where their passion truly lies. While Julian makes waves in the Atlanta visual arts scene, Meekah ekes out a place for her business, Fiyah Jewelry, in D.C. A serious relationship is not on either of their agendas, but when a new man enters Meekah’s life, she has to determine which relationships are worth fighting for and which she should let go. Has the love of her life been by her side all along, or is Julian best left as just a friend?

Neighbors Know My Name (Book One) by Tya Marie

Living in New York City, sexual satisfaction is hard to come by. It’s the reason why Golden chooses to focus on her career instead of chasing the undeniable high that comes with an orgasm. Years of tunnel vision wear down the complacent celibate until her best friend convinces her to live a little just once. A night she won’t forget (for all the wrong reasons) turns into a day sure to replay in her mind for years to come when she meets Grant. He’s handsome, smooth, and in a strange twist of events—he’s also her neighbor.

I Need A Gangsta: Book Three (Gucci Gang Saga 3) by B. Love

In the finale of I Need A Gangsta, Christian, Leigh, and Maria are facing the damage… and the calm… of their storms.

In the Thick: A Collection of Good Enough Short Stories by Vonna Ivory Joseph

In the Thick is a collection of short stories featuring fan favorites in alternate situations and outcomes. In the Thick is a companion project for the Good Enough series, featuring, Ali & Camisha, Oliver, Lacey, Sunrise, Kemani and Ntozake. Some, all or none of these stories affect outcomes (or will they)?

Lena’s Chance at Love by Turtleberry

Thirty-something Lena was not looking for love. She most certainly wasn’t looking for it in twenty-something Kareem, a friend of her younger brother. Is this her chance for love or does life have something else in store for her?

As professional football player, Liam Christianson has always had his share of options when it comes to women. But the child of Delia and Justice from “Justice’s Rose”, Liam knows exactly what love is supposed to look like; he won’t accept anything less. Since he assumes the only people interested in him are groupies looking for the next come up, Liam chooses not to date any particular woman; he just dips his feet in the pool never committing to the waves. All that changes when he meets Kree. But is his hidden baggage going to be the end of their love? Or even worse… will it cost them their lives?
Kree is a young single mother who’s just trying to raise her daughter; the last thing Kree is interested in is another meaningless relationship. Praying for a new beginning, she picks up her daughter and moves from Georgia to North Carolina. Because of her past, Kree’s perception on love is tainted. Will Liam be able to work past all of Kree’s insecurities to show her how he really feels?
Find out what happens on the playing field of love.

Say My Name: A Short Story by Barbara Joe Williams

Francine thinks she has met the man of her dreams in Andre and makes him wait three months before becoming intimate. But their planned night of romance turns into an unplanned night of regret.

One building. Six women that are all feeling the same way in the new year;
desiring to be SINGLE for once in their life. Constantly chasing after love and yearning for time and attention. Two things that should come without warrant. With nothing else to do, they end up at the party in their condominium and vow to enjoy the new decade…living single and being free.

I had everything I could want. Money, my business, a son that I adored. My love for my mother, father and twin siblings was endless. There was nothing I could want or need. At least that’s what I thought…before I ran into her…again.

She looked familiar and I quickly learned we went to school together. But Janika, she was all grown up and something about who I presumed her to be pulled at my heart-strings. I, someone with trust issues and a known introvert, could fall in love…couldn’t I?

I, Emory Peeples, could love her. Someone who had been hurt, caged and made to feel less than…couldn’t I? I could make her see that love didn’t hurt…couldn’t I? After the bullshit I had been through with my son’s mother, I could trust again. I could. I had to believe that.

Claim Me 3: Consequences by Marvin Mason

Returning from a chaotic week in Los Angeles, Chanel and Bebe prepare for parenthood as they take the next steps in their evolving relationship. However, consequences await them after Chanel runs into Mandrell, now Bebe’s boss, which endangers all of their lives. The reign of Billy Redmond’s family falls upon them as Bobby Redmond seeks payback for the murder of his baby brother.

With so much more at stake for Chanel and Bebe, will they escape the plot to avenge Billy Redmond and become the family that was nearly twenty years in the making? 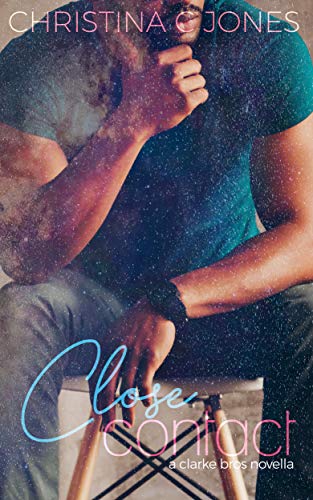