Hey Girl! Check out these new releases from April 5th-11th.

Sharee Taylor has grown up being the person her siblings could rely on. Being the oldest, she accepted that responsibility with pride. After getting settled in her career, she realizes that while she’s being supportive of everyone else, she’s lonely. Everyone has moved on with their lives and it seems she’s at a standstill. Seeing her younger sister find love before her makes her long for that perfect love even more so. However, that doesn’t make her desperate. She still has her preferences. So, when Ross “Exodus” Anders approaches her, she is caught totally off guard by her attraction to him.

Having to become a man at a young age, has had its benefits as well as its tribulations. While it has somewhat forced Ross Anders into the wrong lifestyle, it has matured him as well. He’s lived well past his twenty-four years and he realizes that he can’t continue down the path he’s on. His son deserves a better example of how to navigate in this world. He makes the decision to chase his dreams and pursues a career in music, hoping to be the next big rap star. He lands a record deal and while filming his first music video, he meets the woman he doesn’t want to ever look away from.

While Ross isn’t exactly Sharee’s type, there’s something about him that intrigues her and makes her want to know more about him. Ross is totally in from day one, wanting to prove that he’s worthy of her time. Will Sharee put her fears and doubts to rest and give Ross the attention he’s craving from her or will she possibly reject the gift because she doesn’t like the wrapping?

Everything is all fun and games until living on the “wild” side becomes the rule instead of the exception. Its good to be bad… within reason, of course. And in this case? It’s very, very good.

One thing about pretty little lies – they soon die.

Just Wanna Be Loved Too by Shay Davis

Kira felt like she was losing control, so she retreated.

Haneef was ready to pursue his future with Kira. Instead, he was left mending a broken heart.

Fast forward… Kira believes she’s ready for love. Haneef is ready to have peace of mind.

The tide came in and washed away all that Kira and Haneef previously shared. Can they rebuild what was destroyed? More importantly, can they rebuild it with one another?

Just Wanna Be Loved Too will take you on an emotional journey of love, heartache, and mental illness. Buckle up for the ride!

Stroking The Flame Within’ Her Heart: A Maple Hills Novella by Tay Mo’Nae

She was heartbroken and bitter.

He was looking for a fresh start.

When Amaya first meets Travis, she wasn’t looking to fall for him. Still hurt over her ex’s betrayal she swears off love for good. Travis has only been in town a few months and his name was already a hot commodity. Ignoring all the women throwing themselves at him, he sets his sights on Amaya, determined to show her not every man will break her heart.

What happens when a stubborn candle maker and an empathy fill musician collide? Amaya might learn that Travis was just what the doctor ordered.

Kayla’s life is turned upside down when the police suspect that she may have killed her missing husband James Reynolds, a Vice President for a national bank. After doing some investigation on her own, Kayla learns of her husband’s betrayal and secret life. Will she fight to prove her innocence or will she give up?

Things become even more complicated when Kayla’s sister Tiana learns that her boyfriend Lance is the lead detective on the case. Her loyalty is tested when she sides with her sister against the man she loves.

Andrea Reynolds hates her daughter-in-law Kayla and will stop at nothing to see to it that she is arrested and put away for life for harming her only son.

Handsome and sexy Lance Palmer is one of the best detectives in the city. This case has put a strain on his relationship with Tiana. Lance refuses to give up until he finds out the truth. Will he lose the only woman he’s ever loved?

Write Your Name by Courtney Irving

Love doesn’t live here, but no lie, Sunny wishes it did. In her eyes, love is the beautiful rise of each day and the seduction of the night. Unfortunately, Sunny has had her heart broken one too many times to believe she’ll find her life-changing, soul-shaking romance. Outgoing, with a sweet disposition, don’t get her misunderstood. She’s got a backbone and enough self-awareness to know finding herself takes precedence over who finds her. When she meets Wisdom, however, love is back on the brain and gunning for her heart.

Wisdom doesn’t believe in love. Luckily, he had never fallen. A boss in the streets, he’s known as the Plug, and his only loyalty is to the Crip set he claims. As a man of few words, Wisdom is no-nonsense and never afraid to take action. Still, a drunken night ends with him giving a ray of sunshine a ride home and sparking a connection that has him reconsidering his stance on love and deciding to do anything to keep Sunny’s heart intact.

When lines are crossed and boundaries blurred, are Wisdom and Sunny prepared to weather the storms? Or will love prove once and for all doubting hearts are made to be broken?

Our Little Secrets by D.M. Brockington

Riding The Wave
Stephanie Price just quit her job to open a bookstore. Her teenage daughter has moved to Charlotte with her ex-husband, but Stephanie has her best friend Adrienne and store plans to keep her busy. And then the spontaneous orgasms start. She’s had them before and calls them “riding the wave”.   They hit her unexpectedly, and she’s never sure how long they’re going to last. In the midst of it all, sexy contractor Chris Sullivan wanders into the store and ends up shaking things up in Stephanie’s already uncertain world.

Our Little Secret- Charleston Cougars Tale
Gina’s business is launching a new product and in need of tech help. Michael is the 20-something friend of Gina’s son, and he just happens to be the guy contracted for tech help. She thinks he’s hot, and he likes older women. Gina has to decide if she can move past just looking to something a bit more. And if she does, can they keep it their little secret?

Out of Office- Charleston Cougars Tale
Janette thought that having her best friend Gina hang out with her on a work trip would be fun. Gina is fresh out of a fling with a younger man and has been feeling more bold and adventurous. During a night out in Vegas, Gina dares Janette to kiss a random guy. He has to at least look younger than them. Never one to turn down a dare, Janette picks Grayson. Janette will spend the next few days enjoying her time out of the office with a sexy, younger man who knows what she wants and how to give it to her.

Friends Before Lovers 2 by K Nicole

Not in best shape, Bank is determined to find Stasia and hurt whoever had taken her. That’s all he is focused on. She was his world and didn’t even know that she had a surprise of her own. Stasia being in the line of danger, really has him rethinking the hustling life. Fast money was all he knew, but was it worth putting the one you love in harm’s way?

Stasia couldn’t believe this was even happening to her. One moment she was home, the next she was handcuffed to a pole in a dark, cold room. All she could think about was Bank and if he was okay. Stasia had faith that her and Bank would be together again, but how do you come back from this? Was the relationship worth being a target because your man was in the streets?

Find out now in the finale of Friends Before Lovers 2.

Malik Pierce lives with his family’s high expectations in his head. He does his best to make them proud. Slated as the next CEO for a billion-dollar racing company and on track to become its top strategist, he should be on top of the world, but life has handed him a cheating scandal that won’t be simple to solve.

Sarai Lambert wants a man she can trust to do the right thing, but right now, Malik isn’t that man. Not yet, anyway. She can’t sit back and wait as life passes her by. She has to move on, but when she does, the happy life she thought she’d get in exchange for leaving her hometown is nothing but a dream… until or unless Malik can pull himself together and fix the problems in his life.

Will they find a path forward together or are Malik’s problems too much for either to bear?

Sky of Unforgetting: an over-40 romance by T.A. Harshaw

Kyle and Lindsey are calling it quits.
After years of saving other marriages, they can’t save their own.
Then, they discover they were never legally married, in the first place.
Now, their union suddenly becomes worth fighting for.
But can they salvage it?
Can they use the rubble of a tumbled marriage to build a real one?

“It has been said that ‘time heals all wounds.’ I do not agree. The wounds remain. In time, the mind, protecting its sanity, covers them with scar tissue and pain lessens. But it is never gone!” – Rose Kennedy

Rosette is a young girl in high school who is still trying to find her way despite her current situation.
With each day that passes, she tries to push through, however, unimaginable things happen, cutting her deeper than the last wound.
As you dive deeper into Rosette’s story, you’ll see that things in life really aren’t fair.
Will life turn her cold, stopping her from seeing the superhero that’s standing right in front of her?
Or will she let her guard down and allow herself to see the beautiful side of what love has to offer?

Nicky moved back home with her son with one goal in mind, to break up Cindy, her former best friend, and Derrick, her former husband. She did not want them to be happy together. If she can’t be happy, nobody would be. And then everything unravels at a pre-wedding party, and all her long-held secrets are revealed.
What’s more, at the same party, she sees Orandy again, the only man whom she had ever loved. The only one who kept pushing her away. Maybe now that they were in the same vicinity, she could get some answers and clear up some past misunderstandings between them. 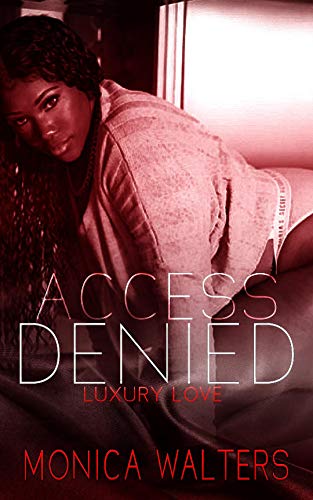 PrevPreviousNew Release Spotlight – A Rose Is Still A Rose (When We Were Flowers 1), by Harleigh Rae
NextBook Spotlight – The Start of Nothing, by L.M. RichardsonNext