Hey Girl! Check out these new releases from August 1st-7th.

I was ignited by the taste of her mouth.

Getting Shelby in my arms was the only thing that would communicate my desire for her. I thirsted for Shelby—starved for her. And the control I usually had when Seana was present dissipated when she sauntered through the double doors.

Ride Me Slow is a follow-up novella to Everything I Always Wanted.

One Final Shot by Aubree Pynn

Young and deeply in love, Mone’t and Austin have the world at their fingertips. They were the beacon of love in the hood of Ganton Hills; a couple worth protecting. But the hood politics don’t exist outside of the nine blocks. With a sudden thrust into success, Mone’t and Austin face trials and tribulations they never imagined nor have the tools to handle.
When their love is put to the ultimate test and their foundation is cracked, can they repair the damages to their covenant, or will their lives together be over as quickly as it began?

Love Me Senseless (The Berotte Family Book 5) by Monica Walters

Isaiah Berotte, the eldest of the Berotte siblings, knows exactly what he wants out of life. He has a career that has treated him well, a loving family that has his back, and a beautiful home that displays the reward of his labor. A family of his own is the one thing he craves, but time hasn’t been forgiving. He wants to be in love and receive love in return, but it seems that won’t happen unless it’s with the only woman he has ever truly cared about. After experiencing a moment of grief and turmoil with her, he does his best to move on and forget. The problem is that he hasn’t seen her in sixteen years and because so much time has passed, he’s nervous to contact her for fear of rejection.

Joyy Roberts once had it all simply by being with the man she loved. However, she never made him aware of just how much she loved him. After a painful event, he eventually left her in his past, and it destroyed Joyy. Thoughts of moving on don’t go far because the only man she craves has created distance between them, indicating that he didn’t care about her as much as she cared about him. Her life is spiraling out of control, because her demons have taken the reins. She’s only going through the motions until the day her past takes a huge leap of faith to exist in her present.

Isaiah is determined to convince Joyy of his regrets and his love for her despite her insistence of being fine without him. Joyy is troubled because of his return, not knowing whether he’s sincere or not. Will she allow Isaiah to come into her life and change it for the better or continue to allow it to travel the path of destruction until there’s no life left to live?

And she doesn’t mind dancing with a demon.

That’s why I’d move mountains, dry seas, and hydrate the desert if it made her happy. She brought goodness to the world. It was only right that I made it hers, along with the two tiny beauties that shared her hazel eyes and perfect smile. For them, I’d do whatever. For them, I’d become whoever.

And, a far cry from the menace they’ve labeled him.

He’s just misunderstood. That’s why I’d climb the highest mountain, cross the widest seas, and conquer the desert if it brought us closer together. He brought so much wholesomeness to the world. It was only right that I made him a part of mine, along with my two minis that shared my story and sentiments. Because of him, we’d found happiness. Because of him, we’d found home.

Our Fractured Destiny by Monae Nicole

Trinity Wilson lived a simple life after a terrible heartache. One day, mindlessly scrolling through social media opened wounds she believed no longer existed. “Hey, stranger,” was innocent enough, but what follows changed the course of her life forever.

Who would have imagined social media could be the place to gain second chances? Jaasai Woods often thought about Trinity but knew there would never be a chance for them to reconnect. That was how he maneuvered through life until a package lands him outside her door.

Is this a time to get closer with a clean break, or has the time arrived for new beginnings between old lovers? Trinity says no, but Jaasai will stop at nothing until Trinity is back where she belongs.

Both Of Em’: Volume 1 by Nina Monroe

Somehow, Trina found herself going from being in the place of having no dick prospects to having options over the matter of months. Living the life of a single black woman, Trina’s life changed drastically after visiting a work conference, where she met the handsome chocolate bar, Damon. Damon was perfect, at least that’s what she thought, until he started introducing her to his world. The further she entered his world, the more consumed and sexually free she found herself becoming. It wasn’t long before Damon realized that he may have created a monster that he would no longer be able to control. From their first threesome to her craving for multiple men, there is no telling where their story will end. Unfortunately for Damon, Trina is up for the challenge to get what and who she wants and Damon isn’t willing to give up easily. This is Volume 1 of a 3-part book series that tells the story of a woman’s journey into polyandry.

Can a recluse like Jackson Bennett step outside of the world he’s built for himself to find love with a woman who’s about to live her life more publicly than either of them can bear?

Jackson Bennett has no faith in love. When the reclusive multi-millionaire takes a position as interim mayor of Forest Hills, he finds himself drawn to his fiery assistant and reevaluating his life. Meisha is good for him. She sees past his vulnerabilities and isn’t impressed with his wealth. Will he step out of the shadows and into her light or will her current drama push him back to a life of solitude?

Meisha Merriweather was minding her own business when she got arrested. Her boss Jackson Bennett steps up and saves her from jail. Now the media is coming for her, and she’s dragging Jackson into the tornado right along with her. Will she find herself out of a job and separated from the man who might be the one she didn’t even know she needed?

Each book in the Bennett Family series is a standalone story, but may be enjoyed more if read in the order of publication.

Justify My Love by Tatum James

Emerson Pike is the spoiled duchess of the Pike family empire. Following in her father’s footsteps, she opens a successful tailoring business. She’s working hard to live her dream life without her family’s help.

Jessiah Cruz, a defense attorney, is no stranger to the streets. To get out of the hood he started out young working as a hitman and put himself through college. With blood, sweat, and tears he fought his way out of the trenches to make a better way for his two kids.

She’s been accused of murdering her fiancé. He’s been hired to clear her name. The fireworks between them are inevitable. The conflicts of interest could extinguish it all.

You Saved Me by Rosyln Faulk

In one day, Tristan, an aspiring author, lost his job, his man and his home. With no other options, his best friend offers him a getaway at her family’s cabin for him to write and heal. What he gets instead is so much more. Starting with his best friend’s brother pulling a gun on him. To say he doesn’t like the guy is an understatement.

An FBI agent placed on administrative leave after a very tough case. What better way to unwind than visit his secluded family cabin in the mountains of Georgia? While he expects to be alone, he finds a strange man in his home. One that doesn’t like him and the feeling is mutual.

With forced proximity, sparks may fly. But a darkness in Lucas’s past may end things before they start.

You Saved Me is an 83k enemies-to-lovers, romantic thriller with a hot FBI agent, a seriously broken author and his strong willed best friend that has a problem following directions. No cliffhanger and guaranteed HEA.

Call Me Jemila: A Stranger to Lovers Romance (Skyline) by Camaa Pearl

He’ll do the unthinkable to be with her

An introverted people pleaser
“You’re so understanding…” Jemila is done hearing that. She’s tired of making excuses for those she loves and the BS that comes with it. Swearing to put herself out there, she makes daunting decisions that sets her on a new path.

A recovering addict
Said to be calm like water and molded by past mistakes, Jidenna, is looking forward to his fresh start. He is determined to live the life he once coveted.

Call Me Jemila is a strangers to lovers romance with a hint of suspense. It’s part of the Skyline Novels and first book in Tokunbo should be read as a standalone.

Take A Ride With Me: A Sweet Contemporary Christian Workplace Romance (The Philly Doctors Series Book 1) by Cara Joy

She doesn’t trust men. He’s convinced she’s his true love. Can he convince her to give love a second chance?

When Cesca Ampah moves almost 500 miles to a new city to escape the pain of a broken engagement, the last thing on her mind is love, let alone a husband. Dr. Zadok Cho is a handsome surgeon who’s also a hopeless romantic. He’s convinced Cesca is the woman for him. But she’s been burned before and will not risk it. Can Zadok help her see beyond her past pain, and fall in love with him?

Take a Ride With Me is the first book in The Philly Doctors contemporary Christian sweet romance series.

If you enjoy warm romantic stories that also feature the power of God to heal broken hearts and lives, then you’ll love Take A Ride With Me and The Philly Doctors series.

Read Take A Ride With Me to discover this new series from Cara Joy today.

The Hookup Plan by Farrah Rochon

Successful pediatric surgeon London Kelley just needs to find some balance and de-stress. According to her friends Samiah and Taylor, what London really needs is a casual hookup. A night of fun with no strings. But no one—least of all London—expected it to go down at her high school reunion with Drew Sullivan, millionaire, owner of delicious abs, and oh yes, her archnemesis.

Now London is certain the road to hell is paved with good sex. Because she’s found out the real reason Drew’s back in Austin: to decide whether her beloved hospital remains open. Worse, Drew is doing everything he can to show her that he’s a decent guy who actually cares. But London’s not falling for it. Because while sleeping with the enemy is one thing, falling for him is definitely notpart of the plan.

If there are any new releases that we missed, feel free to send them our way and we will add them ASAP. 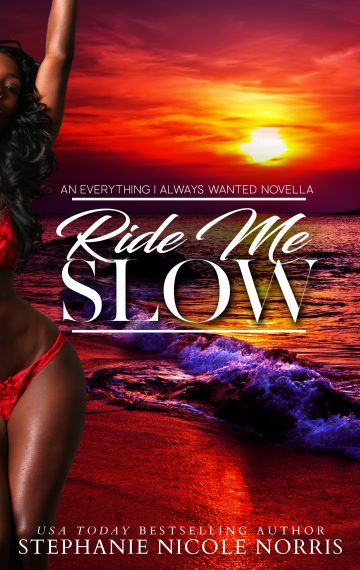