Check out these new releases from January 16th-22nd.

I Wanna Be Down by AshleyNicole

Best friends? With a celebrity? Impossible.
That’s how Sesali feels after a chance encounter with super producer Dash Dean. His offer of friendship has to be a smoke screen for an ulterior motive. Besides, she already has best friends, and one of them has staked a claim on Dash.
Does it count if she never had a chance?
Dash has eyes for Sesali, and Sesali only. She’s the first person who’s made him question his solitary lifestyle in a long while.
Can he convince her to let him be down?

Love on the Ballot: A Silver Fox Romance (Greetings from Tuckerville Book 6) by J. Nichole

“Trust me with your vote, and I’ll take care of your heart.”

That should have been her campaign slogan. Because when it came to love, Sharon was at the bottom of the polls. Unfortunately for her, even with her political charm, her love life was failing.

But at least she was winning elections.

That was until Lee decided to oppose her in the next race. As a divorced, single dad, he had no intentions of being a notable politician. He just knew there were some things he could do better than her – and he wanted to prove it.

Neither of them expected that a political debate would be enough to upend the race – and their hearts.

When basketball is all you know, love takes a back seat. That is until you get a taste of what you’ve been missing. Love is a powerful drug… sometimes it’ll have you overdosing, and ready to give up everything.

Love and basketball are both on the line for San Diego Wave’s player, Raheem Williams. All he can hope for is to not drop the ball when it comes to his love life and his career.

After stepping out on her own, ignoring the negative criticism of her past, Jennifer Newton has become a sought after chef. All seems to be going well until every choice she has made for her life comes into question.

Kadeem Harris found himself at a crossroads four years ago when Jen told him she was pregnant. It doesn’t help that she is two years younger than him and also his best friend’s sister. He is given two choices, either step up or get lost. Leaving isn’t an option, so Kadeem makes the needed changes in order to take care of his child.

Co-parenting is a breeze between Kadeem and Jennifer, until one day the family he was afraid to have is threatened. His heart is in the same predicament when the lines they’ve built become a little blurry. Will Jen and Kadeem be able to work through all the criticism and realize what’s best for them, or will they allow the opinions of others and self-doubt hinder their possibilities?

As an emerging star with her girl group Genesis Rising, lead singer Tina Braddon’s career elevates at every turn. She has the best of friends and her close family she cherishes more than anything. Beautiful, healthy, and a lover at heart, Tina absorbs all the goodness life has to offer–including her healthy competitiveness to win. But the man of her dreams is the one person who remains out of her reach. He’s here today and gone tomorrow, and Tina can’t help but wonder if it’s for the best.

CIA operative Malik Anthony Clark has a jones in his bones for the stunning lead singer of Genesis Rising. But his top secret missions keep him in the shadows—only able to watch her from afar while longing for her like a figment of his imagination. However, when an opportunity arises for Malik to give Tina his undivided attention, Malik never looks back, taking a chance on love that he hopes will last an eternity.

The Rhythm to a Boss’s Heart by Tatum James

Shanel Warren, a singer looking for her big break, has been dating her manager for the past three years. With as many connections as Rico has, it seems that Shanel’s career would have taken off quickly. Yet, three years later, it remains at a standstill and Rico’s womanizing is ever present. When she fires Rico and starts to rebuild a life without him, things finally start to look up for her.

Jobias Moore bought a music studio after getting out of prison and leaving the drug game for good. However, his pay as you go format has put him in a financial bind. When the risk of losing his studio comes to a head, he goes out to collect and runs into the fiery, unforgettable singer Ms. Shanel.

After a tempestuous first meeting, the two run into each other again and bond over a mutual love for music. Jobias extending a helping hand leads to the two becoming friends. For Jobias it was love at first sight. Shanel is laser focused on her career but wants Jobias along for the ride.

As Shanel’s career finally starts to take off, it seems to drive a wedge between the two. Can Jobias play second to the music, or will Shanel find space in her heart for two?

Follow along as Liam and Laura explore their past. Secrets are uncovered and hearts are broken in the process. In this novelette, hear Liam’s side of the story and how his actions led to The Domino Effect.

This is NOT a full book. Don’t expect one. It is a brief synopsis that leads to The Domino Effect.

As one of the top fashion models in the country, I’m constantly being pursued by men. Yet, I don’t believe in love or that happily ever after mess.

When I meet him, I’m intrigued. But it’s not until months later that he finally opens his mouth to speak to me and pisses me off within minutes. When he needs to be taught a lesson in respect, I have to remind myself not to fall for him.

He has secrets that he keeps close to his chest, while I have a stalker out there who won’t leave me alone. This arrogant jerk is the last man in the world I should want. Unless, he’s the only man who will take the time to break the hard shell I’ve kept around my heart for far too long.

“Look me in my eyes. If you really think I did this shit, then leave. Don’t walk down that aisle. I’ll handle this on my own.” Dom

“I’m doing this for my family and our reputation not for you.” Zoree

To protect their families, the arrangement began but the true question is how will it end…

The truth doesn’t always set you free.
Stuck at a crossroads between what they want and need, Arabella and Kain are at a standstill.
Kain is on the brink of becoming a bigger star than he ever imagined, but after facing his toughest hurdle, he learns the road to rebuilding isn’t as clear as he thought it would be.
Arabella has lived life building images of herself and those around her. When those images all shatter, including her own, she no longer knows who or what to trust. Desperate for a blank slate, she’s led down a path that leaves no one unscathed, especially herself.
Dealing with the multiple forks life has thrown in their roads forces Arabella and Kain to realize they aren’t who they thought they were. The realization leaves one burning question in their minds: what now?
*** This is the second book of the Soul Series trilogy

When we last left the couples they had enjoyed themselves through the holidays. The ladies even had an unexpected run in with Olivia’s old college fling, Austin James, better known as AJ. AJ noticed Olivia’s promise ring and got the wrong idea thinking it was the real deal.

Still harvesting old feelings for Olivia, lead AJ to having some bitter feelings toward her relationship with Anthony at the beginning of the story. Along with his cousin Shay, who still has feelings for Anthony. The two began the story with what looked like a plan to win both of their old love interests back. However, we see things taking a completely different path for both of them.

Dealing with the aftermath of a miscarriage, we see Olivia and Anthony’s story from a different point of view. Their love for each other grows so much that it leads Anthony to planning a surprise proposal for Olivia. Also along with Miguel joining to do the same for Anastasia.

With the marriage of Edward Delore and Fatima Francis, the families have joined forces—sort of. However, there are still things to learn about each other and discover about themselves. There is also room for rekindled love and new love to bloom. Family Tryst is a story about love, family, legacy and so much more.

Brooke
I messed up big time and broke a reporter’s most crucial rule.
Always ensure your mic is turned to the off position between shoots.
As penance for my mistake, the network has relegated me to Comic Con.
The last place I want to be.
It’s hot, crowded, and strange costumed characters surround me.
What’s worse, a guy stole my freaking latte.
On purpose!
All I have to do is suffer through these next four days, but Benton Davis is doing his best to make it impossible.

Benton
Another year, another uneventful Comic Con, that is, until a rude and annoying woman had the nerve to interrupt my blissful morning.
Immediately, she expected special treatment, but I decided to bring her down a notch or two.
Sure, I may have misled her about a particular caffeinated beverage, but someone had to teach her a lesson in humility.
I loathe this vain, annoying, and mean-spirited woman, but at the same time, I want to kiss her full lips, touch her all over, and make her mine.
I thought the Con would be boring this year, but Brooke Burnette changed the game completely.

The Meraux Family is the governing body of DuPont Falls. They protect from corruption, discrimination, and abuse of power. They provide structure, order, and support. Nothing moves in or out of the city without their say-so.

They reign supreme, but even they have rules to abide by; family preservation is the most important. They will do ANYTHING to preserve it.

Gianni is stubborn and stuck in a complicated situation.
Tyson is misunderstood and driven by pain.
Macklen is an introvert who’s constantly stuck in the middle. He happens to fall for the one woman he can’t have.

Follow this family on a wild ride of secrets, revenge, and love.

Forever In My Heart by Pamela Campbell

Amelia and Elliot had a great relationship. It was the death of a mutual friend that brought the couple together back in high school. She thought that Elliot would one day be her husband. That is before Elliot broke up with her.

When they reconnect, the sparks between them were still there and old feelings came to the surface. But Amelia is afraid to trust Elliot again. This time around can Elliot give Amelia everything she deserves? Or has the damage been done and there’s no going back? Find out in this Romance Novelette.

If there are any new releases that we missed, please feel free to send them our way and we will add them ASAP! 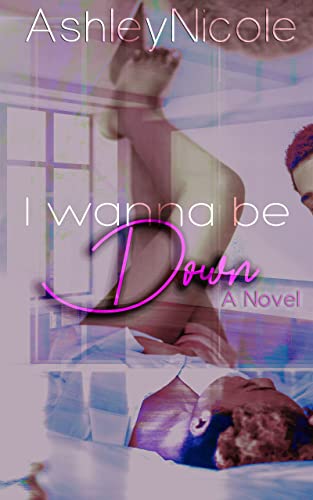