Hey Girl! Check out these new releases from January 24th-30th.

The Heartless King (Legion of Kings Book 3) by Danielle James

Becoming the new King of Hearts came easy to me.
I was willing to die for my brothers.
I knew what it meant to have heart
Even though my chest felt empty.
All my loyalty was for the family I created.
I didn’t have room for anything or anyone else.
Then she came and shattered my tunnel vision with a brick.
Nori snuck into my world and showed me things I didn’t want to see.
She dismantled everything I thought I knew and showed me
that my heart wasn’t dead…only dormant.
Then I found out she had secrets.
Secrets that tipped my world on its head and forever changed the Legion of Kings.

Feel Me in the Dark by Tucora Monique

“Worried about it, I’m putting pressure. You’ll only cut me if I let you. No, we ain’t doing this just for pleasure. Either learn me or I’m a lesson.” — H.E.R

Work.
Health.
Finessing.
That’s the hierarchy of Finley Thomas’ life. The loc-haired, stenographer was raised by a proud gold digger and against her delight, she inherited mischievous qualities from her mother. After receiving a devastating prognosis, the twenty-eight-year-old finds herself wrapped in a double-life and overly preparing for a day that may never come. Amid her downward spiral, Finley’s small circle is cracked, giving outsiders the chance to snatch her from her comfort. Mounted in the crosshairs of a fraudulent deal, Finley finds herself confronted with her secrets and forced to move her ears from her pockets to her heart or end up in the dark alone.

Business.
Family.
Business.
For five years, that’s all Preach Carbine has thought about. Knowing the weight of his last name, the meticulous man has always been strategic with his moves and as a member of a notorious street family, the arms dealer is known for meditating one minute and cutting out tongues the next. Nonetheless, with Preach knocking on thirty, he is ready to set aside family traditions and put his dreams in motion. On the flip, a tainted arrangement triggers the high-powered man to turn his scope to the people he loves and a woman he can’t seem to shake.

It’s been said that seeing is believing. What happens when one’s vision is blurred and the only thing you can trust is what you feel?

At the age of seventeen, Skye Thorpe lost her parents and yearns for a family of her own, and she’s certain Ethan Connor is the one to give it to her. After all, they’ve been together for seven years. One night, she broaches the subject of marriage and learns the devastating truth. Ethan has no intention of marrying her.

Ethan married young and learned the hard way what it was like to be betrayed by the person he loved. After a bitter divorce, he promised himself he would never allow another woman to wreck his life again. So when Skye mentions marriage, he quickly shuts her down.

To get the life she craves, Skye has no choice but to end the relationship and walk away. But can she really walk away, if Ethan won’t let her go?

D’Vaughn and Kris Plan a Wedding by Chencia C. Higgins

D’Vaughn and Kris have six weeks to plan their dream wedding.

Their whole relationship is fake.

Instant I Do could be Kris Zavala’s big break. She’s right on the cusp of really making it as an influencer, so a stint on reality TV is the perfect chance to elevate her brand. And $100,000 wouldn’t hurt, either.

D’Vaughn Miller is just trying to break out of her shell. She’s sort of neglected to come out to her mom for years, so a big splashy fake wedding is just the excuse she needs.

All they have to do is convince their friends and family they’re getting married in six weeks. If anyone guesses they’re not for real, they’re out. Selling their chemistry on camera is surprisingly easy, and it’s still there when no one else is watching, which is an unexpected bonus. Winning this competition is going to be a piece of wedding cake.

But each week of the competition brings new challenges, and soon the prize money’s not the only thing at stake. A reality show isn’t the best place to create a solid foundation, and their fake wedding might just derail their relationship before it even starts.

*This story is an update on the lives of Kamden and Jaelynn, who were first introduced as a couple in Heal My Heart. If you have not read the previously mentioned book, I would recommend that you do. This is a novelette and only meant to give you a small glimpse into the couple’s life after marriage and children. *

Kamden was just the man to heal Jaelynn’s heart, and he’s taken excellent care of it for several years. After giving birth for the fourth time, Jaelynn is having a hard time losing the baby weight and feeling insecure about her appearance. Being the man that he is, Kamden goes above and beyond to make sure his wife knows that his love for her will never change. Someone from Kamden’s past tries to disrupt their happy home, and he is determined to make sure their attempt is unsuccessful. Will he handle it before Jaelynn finds out? Or will he mishandle it and create an even bigger problem?

When a date gone wrong catapults Dallas and Sevyn back down a familiar road, Sevyn finds herself on the receiving end of an enticing proposition.

Can she forget about the past and start over with a clean slate, or will her inability to move on hinder both her future and chance at love?

Venus Rising: A Second Chance At Love by Allor Henrique

Venus has been betrayed in one of the worst ways. Her husband of over 20 years has left. She thinks it’s too late for love. She has her awesome children, her flourishing career, interesting volunteer work, and her amazing friends. She’s good! She won’t go down that hole again. However, Robert is a man in pursuit. He will do whatever it takes to win Venus over. He will show her what true love does.

Be Mine for New Year’s by Monae Nicole

When it comes to the task of friendship and loyalty, Tremaine Williams has always been down to be his brother’s keeper. Things seem to change when he finds his loyalty being tested by a simple task. A task of looking after his best friend’s sister. With the lines of loyalty becoming blurred, his friend may not see things as he does. Can Tremaine stay true to his code of friendship or will this task leave him questioning his loyalty over his heart?

Alyssa Thomas has been in love with Tre since she was ten years old. Now that she has become of age and has stepped out onto the dating scene, she’s ready to shoot her shot. The only thing standing in her way of getting the man of her dreams is her older brother. His ideals of loyalty have a strict no sister policy. Can Alyssa make her wildest dream come true or will her brother be the cause of her unsettled heart? Find out in Be Mine for New Year’s.

Sean Morris wants nothing more than to escape Cross Creek. As a stellar student at an Atlanta HBCU, he has the grades and work ethic to take him anywhere he wants to go. But his ambitious attitude is more than just a character trait; it masks the chaotic family he’s truly running from.

Imani Dash, the new girl on campus, has a troubled past of her own. After that fateful night that nearly destroyed her, she hardly has the will to pick up the pieces of her life, let alone trust anybody to help her do it.

But when guns start to go off and old bones come out of the closet, both Sean and Imani are thrown into situations that force them to face their demons and never look back.

This is an insightful, romantic novel told in alternating points of view about the battles we fight in order to find our way.

Sometimes you don’t understand why the afflictions of the righteous fall on you, but this is when you really have to tap into faith and realize that you have a God who never fails, but will your faith work when there’s so much at stake to lose?

Aiden has everything finally going his way. His marriage is complete and he’s now contributing to his household thanks to Creative Concept’s merger with Lauralee Bergans.

Unlike all of his friends turned brothers, Aiden’s the only one who is married to the beautiful Josie—his best friend and the love of his life. His boys and his pockets are coming up and everything seems to be right, and the icing on the cake is that Josie’s pregnant and in a couple of months is set to give birth to their very first child.

But as with life, when there is so much good going on, something bad is bound to happen. Now, what Aiden has to do is use this as a moment to exercise his faith, or discover he has no faith at all.

Josie is excited about Maddox’s engagement to Dr. Gazelle Shaw. She’s been the female touch of their team, has done her part, and all while pregnant. But what Josie or her husband Aiden doesn’t know, is that God has a different timing than they do. Not only is the baby coming, but complications have found their way into the mix.

Will Aiden survive the test of his life with or without Josie, or will he fall apart because of a lack of faith?

Heaven in The Desert: African American Romance by Robyn Jordan

The Aura have been forced out of hiding….
The surviving members of Aura Society are struggling with the transition to the human world. Zarovia Monoceros has a plan that could smooth the way, but before she can fulfill her destiny as Zenith, she needs to deal with the handsome distraction under her own roof.
Hendrex Andromeda wants nothing more but to settle down in his new life outside of Ceres. Free from his duty as Ruling Four, he can finally be himself, except he has no idea what that looks like in the human world. The only part of his future Hendrex is certain about is Zarovia. But in order to be worthy of her love, he needs to face his demons and show her the man he can be…
Under the constant threat of attack, will taking a chance on love be the key to the future for the Aura, or lead to the destruction of everything…

Crimson Stain by Michele A. Cunningham

Six months after losing her mom and fiancé’, Michaela accepts an invitation from her best friend to hang out in Atlanta for Valentine’s weekend. Little does she know the weekend turns into a job offer from one of the most eligible bachelors in the city, Crimson Lucas. There attraction for each other is undeniable, but Michaela does not believe in mixing business with pleasure. But, she’s in a new city and the old rules don’t necessarily apply.

A temptation he didn’t anticipate

The moment former Texas Ranger Clint Westmoreland learned he was still married, he set limits for his wife’s stay at his luxury ranch. He and Alyssa Barkley had thirty days to untangle the legal knot that had bound them together during an undercover assignment years before. But this sexy, new Alyssa was different from the rookie agent he remembered, leaving Clint wondering what it would be like if he really were her man… 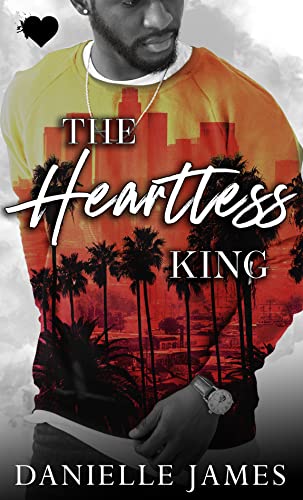