Hey Girl! Check out these new releases from July 19th-25th.

I Wish I Could Be The One by Monica Walters

Jenahra Henderson Monroe knows what it means to be pretentious but strong. While her religious behaviors come off as condescending and judgmental of others, it’s deeply rooted in pain, drama, and abuse. Not wanting to get members of her family in trouble, she chooses to keep secrets for over twenty years, drowning herself in God’s anointing. When the truth finally emerges, it comes with a cost.

Carter Wothyla thought he found forever when he met Jenahra. However, as with all good things, it comes to an end. He spends the next twenty years, wandering through the dating scene aimlessly, trying to find a woman that compares to her. Never marrying or having children of his own, Carter has found contentment in being alone. But as luck would have it, he attends a wedding that leads him back to the love of his life and he refuses to let go this time despite the obstacles before him.

Jenahra and Carter have a past that is riddled in secrets, lies, and passion, but their chemistry is undeniable. While Carter is full steam ahead to win her heart, Jenahra has life decisions to make. Will those decisions push Carter out of her life once and for all or will she choose to live for herself and possibly face ridicule for it?

You Should Be Here by Asia Monique

To Raphael Erickson, Giselle Holstein was the one that got away. One weekend in the same city brings these two college friends together, changing the course of their lives forever.⠀

*Please note: This was previously released as a website exclusive. It is a short story with no middle or end, only a beginning. If longer novels are your preference, there are plenty other Asia Monique titles available for you to indulge in.

All I’ve Wanted All I’ve Needed by A.E. Valdez

Harlow Shaw feels naïve for believing in happily ever afters but she craves a love that lights her up.

She thought she had it all with her boyfriend. Until his promising baseball career overshadows their relationship and he asks her a life changing question. It causes her to wonder if what they have is all she ever truly wanted.

Harlow is yearning for more than the curated life she is living.

A trip to Bali, a move to Seattle, and an alleged burned cup of coffee lead her to a friendship she didn’t know she needed and a love so deep she can feel it in her bones.

You’re Mine by Monae Nicole

Art studio owner, Savannah Parker, needed a getaway after deciding to end her relationship with her boyfriend of three years who has been keeping secrets from her. After closing the book on her past, she heads to Vegas for some fun and relaxation to begin the next chapter of her life.

All cigar bar owner, Daxson Davis, planned on doing while in Vegas was handling business and attending his friend’s bachelor party… Until he met Savannah.

On a whim, they made a decision that could potentially change the course of their lives. What happens when what stays in Vegas doesn’t really stay in Vegas? Find out in You’re Mine

Yours to Love (Love Beyond Our Control Book 2) by ShaniceXLola

She tried to deny being hung up on him.
He knew it was only a matter of time before she submitted to his love.

*This is Ivy x Trav’s story.

Judah’s Haven by Erika B.

Owning her own business and thriving in her own right, Aven’s focus is on her family and her money. Out of nowhere, a handsome stranger shows up, taking her breath immediately. Having vowed to not fall victim to another man, the urge to toss her celibacy to the side arises, all while sorting through her family issues.

Newly appointed guardian of his niece, despite his background and history, Judah is intentional about not sinking in the water he’s treading. While trying to do the right thing for his niece’s sake, he stumbles upon a beauty like no other. An opportunity like no other is presented to him, and he knows he can’t let it pass.

As they are trying to figure out how to navigate the road ahead of them, both Judah and Aven are admittedly drawn to each other. Will Aven be able to stand tall and make a decision, acknowledging only her wants? Can Judah fight off the demons of his past to make a clean break toward the peace presented to him? Will he become what she needs while she softens him?

To the Only Thug I’ll Ever Love by K.L. Hall

As the daughter of a fallen police officer and former marine, Golani “Gotti” Evans has her head on straight and her life planned to the T. Education. Career. Then love, maybe. With only months left until she graduates with a master’s degree in criminal justice, she meets him. Two strangers. One uninhibited night of pleasure. Zero regrets. He was just supposed to be a distraction. A diversion from the pain. An interruption to her every day routine. Yet her lungs can’t find air and her feet can’t find the ground when he’s around.

Dashiell “Dash” Graham is six feet of perfection and the epitome of a thug. Every woman wants him and every man wants to either be him or kill him. Just nine months out of jail for serving time for his past endeavors, he makes sure he handles his business in the shadows. His outlook on both life and love changes when he meets Gotti. The only thing that can threaten their future together is his past. He knows she’ll want nothing more to do with him when she discovers the skeletons in his closet.

She’s not ready for love. Neither is he. They are from two separate sides of the law. Yet, the explosive chemistry between them is undeniable. Their outlook on love begins to change as they embark on a love story as complex as it is passionate. When Gotti finds out the truth about his past, will she leave her broken heart behind or give Dash the opportunity to fix what he shattered?

Brynne, though beautiful and pleasant, finds herself going through so much turmoil that her vision ends up skewed. No longer is she able to see things for what they are, and it becomes easier to hole up in her house where she finds shelter. That is, until Roman enters the scene, standing in as her defense and protection.

Roman is at the prime of his life, enjoying both his life and career. A chance encounter leads to him meeting Brynne, who he is immediately attracted to. Him becoming her strength doesn’t diminish what he feels for her, though she expects it to.

He wants to stake claim, but he doesn’t want to push too hard. With blogs and people slinging mud her way, can she find it within herself to let him in, or will Roman grow tired of his advances being refused?

Saved By A Billionaire by Miss J.

When I least expect it, my past catches up to me. I’m not as worried about my past as I am worried about the man who is supposed to protect me. My arch nemesis, Amos Duke.

My name is Christina, and this is my story.

The Last Fight by Mel Dau

Manu Phillip Leota is a man about his family and the octagon. Being married to Tonia and being a father is one of the biggest prides of his life. With changes in their lives, will he allow his ego to get the best of him and make a detrimental mistake that could impact multiple lives, or will he stand on the honor of being a Leota man?

Tonia Sharee Leota is the hardest working wife and mother you will ever meet. She is about her family and her journey to becoming a pediatric surgeon. When a storm is overcast in her marriage, will there be enough space underneath her umbrella to shield her from the droplets of pain that are to come?

Find out whether Manu and Tonia will be able to survive a storm with catastrophic winds that threaten to blow everything they have worked for away. Will they stand tall together in the fight of love, or will this be the last fight?

Love on a Mission (Love Notes Book 1) by Jomi Oyel

There’s a thin line between love and hate.

Youth Corper Nicholas Afolabi wants to be retained at his Place of Primary Assignment. But, unfortunately, his beautiful opponent, Anita Owoyeye, is vying for the same position. Soon tension ramps up between them, and things become challenging. Then their boss sends them on a mission together, and Nicholas realises there’s a thin line between love and hate.

With a solidified idea of who is leading the criminal organization they are hunting, two private investigators start working on how to approach the person at the top of it all.
Before they can really get a plan going, an attack where they are hiding out thrusts them back into the public eye, but it doesn’t stop there. PI, Tyler Simmons learns his best friend and consulting contact has gone missing, but the circumstances surrounding the situation are unknown to him.
With the help of his partner, now girlfriend, LeAnne Cane, they work to uncover the mystery surrounding his best friend’s disappearance. While running down information, she gets a call that her friend was injured during a home invasion.
The details of both friend’s attacks are connected, but neither Tyler nor LeAnne know that until one piece of information brings them to the same conclusion, and now they must race against time before someone else is hurt or possibly killed by a person from Tyler’s past.

Braelyn McIntosh’s life goes into a tailspin when one minute she is an accountant hoping to become a bestselling romance author. And the next she is the heiress to a restaurant empire. Sparks fly when she meets Grayson Winchase, the sexy senior vice president who is tasked with helping her settle into her new role. Can their passion bloom forever or will they keep it just business?

If there’s any new releases that we missed, feel free to send them our way and we will add them ASAP! 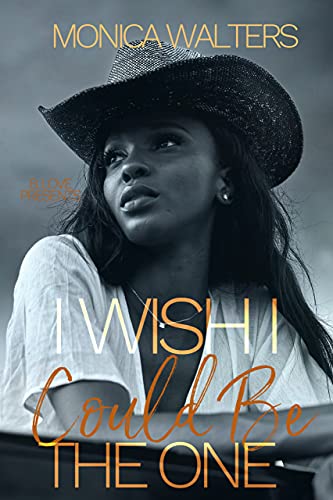