Hey Girl! Check out these new releases from July 6th-12th.

Me + Somebody’s Son: A Heights Story by Christina C. Jones

I don’t aspire to memes – I’m more inclined to have a “hot girl summer” than getting mixed up in any type of “relationship goals”.
Not that there’s anything wrong with that, if that’s your thing.
It’s just not MY thing.
Well, it wasn’t.
But then I walked into-
and then he –
and OH, my supposed “friends”…
man…
How about I just tell you everything?

(Me + Somebody’s Son is a novella)

When Love Calls by J. Chary

After their initial encounter six years ago Yadira Childs and Tahir Attmore had just about given up hope that they would see the other again and then love called literally.

Tahir wants nothing more than to pick up where they left off, but when Yadira blows him off and won’t talk to him he retreats back into his shell.

Yadira is apprehensive to fully allow Tahir into her life because of things that are going on in her present life.

Does Tahir get his girl?
Does Yadira put her fear to the side?

Find out in When Love Calls.

The Wrap Up by Mel Dau

The end is never really the end; it’s simply a new beginning.

You have seen the Washington and Smith families through just about every stage of love. From the inception of love, to the products of love, to the maturity of love and now the loss of love. Be a fly on the wall as we experience the final chapter in the Washington/Smith Saga. Through their feelings of loss and gain, pain and happiness, will the strength of their bloodline make them strong enough to withstand the tests of time?

What happens when a new love interest comes on the scene? Will she be welcomed with open arms or will there be hesitation out of the respect of a lost love? As Grandmama Rosa always said, “Iron sharpens iron,” and this new feminine iron has her work cut out for her if she wants to sharpen and perfect a suffering, iron clad man.

The Perfect Flame: A Novella by Indigo

Logan Bowen is a hardworking, young woman. With no significant other or children, work and her friends are her main priorities. Breelyn and Rae, her friends, notice that she needs a break and sends her on the vacation of her life.

West Miller is the epitome of a bachelor. Handsome and financially fit, he takes vacations often to his favorite resort. While he’s out, he spots a beauty wandering around, and she steals his attention.

A spontaneous meeting leads Logan and West to have a heated encounter, scorching Logan. Though enjoying their time together, it all comes to a cold end. Will Logan be able to keep her flame?

I Am Asha B: More Than My Scars by Angelia Vernon Menchan

“I always created my own narrative.” Asha thought.

She knew that becoming emancipated as a young teen after being given autonomy by her parents at a very early age meant she had to. Her brilliance bloomed early, reading by age three and skipping two grades to graduate high school at fifteen. By age fifteen she was a young mother with an infant, living with a grown man in a volatile relationship. As such, creating her own narrative was a given.

Asha agreed to sitting with Cinnamon Black and telling her true story, the one she hadn’t sanitized for public consumption. Until meeting the woman, author and publisher she admired immensely she was fine with half truths and lies but there was something about the honesty and boldness of the older woman, Cinnamon Black, that made her want to unburden her soul and free her spirit. She had informed Teddy Adams, her first lover and daughter’s father she was going to unleash the truth. He assured her that at almost fifty eight to her fifty two he didn’t give one damn, they were both living their best life. After he slashed her face and she shot him, he moved to Chicago and she to San Antonio but they had never fallen out of love or touch. She was a renown political journalist and Teddy owned several bars and night clubs.

Her biggest challenge would be telling her daughter Breena, who she adored, the unvarnished truth. Breena knew about the early violence but had no idea of the years long association of her parents. Breena and Asha were very close and Breena didn’t have a relationship with Teddy. Cinnamon assured her she would have to come completely clean before she would publish her.

I guess it’s time to tell them who Asha be… Asha giggled at how her own mind worked.

Growing up in the aftermath of her mother’s murder, Silver Garner successfully buried her soft, loveable, carefree side under layers of hurt, masked by a G.I. Jane persona. She harnessed her skills to freelance as a security expert and spent her entire adult life as a social recluse, working behind a computer screen and content with her life of solitude—or so she thought.

When Carter Tate finds himself the object of a stalker’s obsession, he agrees to let his business partner’s sister, Silver, work as his personal security. Captivated by her, Carter’s filled with a powerful longing he can’t control and manages to break down the walls of protection she’s erected.

Will Silver have a chance at real happiness, or will the stalker ultimately win in the end?

Mistletoe draws them together, but unfinished business could ruin everything.

Heather Shaw, a fitness instructor, doesn’t fall in love. With her six-week rule, she ends her relationships before they get too serious. It’s how she protects herself. With Christmas on the horizon, she can’t wait to enjoy her small hometown’s traditions, including helping her mother with the Christmas fair. All of that changes when Heather runs into Allen—literally.

Allen Richards is new to the small town of Maple Meadow. He’s not big on Christmas, not since he lost his mother during the holidays two years prior. All he wants is a fresh start since his divorce, work his job as a physical therapist, and take care of his father. Nothing more. He can’t repeat his mistakes.

When a freak accident leaves Heather with a knee injury, the one man who makes her heart pound is her physical therapist. Heather should stay away. Love never works out for her, but more than mistletoe draws these two opposites together. Then the past threatens to tear Allen and Heather apart, and hearts are on the line this Christmas.

Mrs. Jones: Falling for a Student by Tosha Damaya

In between jobs, Brittney Jones agrees to take on the role of being a long-term substitute. What she didn’t expect was to see Jewel Harrison, a guy she slept with sitting in the classroom. Legally he was an adult, but since she was his new teacher, what happened between them could never happen again.

As time progresses, Brittney realizes staying away is easier said than done. It doesn’t help that Jewel won’t accept her decision and finds every opportunity to remind her of their time together. Will she risk it all for a forbidden romance? Only time would tell.

Mrs. Jones: Falling for A Student is a novella, with approximately 19,000 words. It is a standalone, cliff-hanger free book.

Every flaw and true feelings are brought to the forefront. Bonds are built and broken. Relationships are tested and resolutions may become slim but the love continues to be real.

A Chance at Love by DaKiara

Holly Mitchell thought she had it all, a successful career, owns her own home, a best friend who would get her out of any jam she found herself in. But the one thing she desired most in life was missing—someone to spend her life with. So, she decides to delve into the tumultuous world of online dating.

Brandon Thompson has always been there through thick and thin for his best friend, Holly has seen him through some dark days with his constant relationship drama. When Holly tells him, she has started internet dating, his whole world shifts. He realizes that he might have more than friendship on his mind.

Will the two best friends realize that they have some feelings for each other, or will they continue the cycle of random hookups and short-lived relationships?

Serena Howard and Blake Russel are two driven individuals with tunnel vision when it comes to their goals. The two meet in Philadelphia, and there’s instant chemistry between them. They date, have fun, and eventually fall for one another.
Will the desire to achieve their goals interfere with their feelings for one another? Will they sever ties, or will their connection be too strong to break?

Heatwaves: A Summer Fling Novella by Kema B.

After her central air malfunctions, romance novelist Stacia Baker finds herself in the middle of a deadline and a series of problems she needs fixed asap.

As the owner of his own maintenance company, Drew Fields has all the tools to fix everything that’s wrong in Stacia’s life in more ways than one.

But after an embarrassing encounter between them and her less than desirable attitude. Will he leave her stranded in the middle of a scorching heatwave that sets South Florida ablaze instead. Or will she get her act together so they can create one of their own? 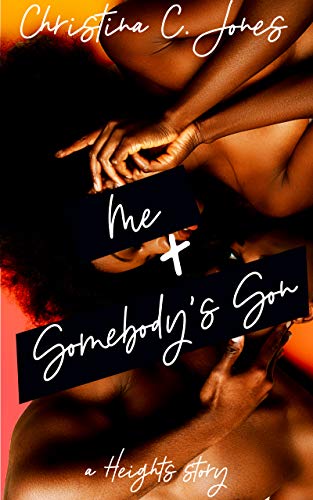