Hey Girl! Check out these new releases from May 2nd-8th.

The phrase “right time, wrong person” had never resonated with Rori McKnight more than when she found herself involved in a friends with benefits style situation with the last guy she’d seen coming. Especially when that man had been involved with someone to whom she was very close.

Torrid history with former flings aside, Remy Martin had never been more sure about wanting a woman in to be in his life than he was about Rori, her reticence be damned. His only problem was now convincing her that they were worth the risk.

Bonds will be made and broken; secrets covered then uncovered as Rori and Remy forsake all that stands in their way but each other in order to fully give in to the all-consuming power of love.

Succession: The Rise of a Black Mafia Gentleman (Black Mayhem Mafia Saga Book 9) by B. Love

As District Attorney, Rameek Mayhem has had to learn how to balance both sides of his life. By day, he puts criminals behind bars. By night, he is the successor to the biggest criminal organization in the South. Until now, Rameek has been able to keep the underworld side of his life hidden, but when his best friend and the boss of all bosses to the mafia has to abruptly step down, Rameek has no choice other than to take his place.

Salen Roosevelt, better known as Rose, is the plug’s privileged princess. All of her life she’s been sheltered and spoiled. When he’s murdered and someone else takes over the family business, the comfortable lifestyle Salen has become used to immediately ends. Her only option is help and protection from one of the four families that has worked so closely with hers, but none of them are willing to risk taking her in… except the Black Mayhem Mafia.

On top of trying to take care of things for Assad, Rameek also takes on the responsibility of Salen. Whether it sends them into a war with one of the other families or not, Rameek immediately feels drawn to Salen. Not only does he want to protect her body physically—Rameek finds himself wanting to protect her heart too. She’s disowned her family to align with his. Her reward? His undying loyalty… but at what cost?

Their love lives were complicated,
until they met and uncovered each other.
And then, suddenly, all the pain and chaos it took for them to cross paths was worth it.

After All is Said and Done by Kimberly Brown

Can a friendship survive turning into a relationship?

Memphis Cartwright knows all too well what it’s like being in love with your best friend. Lovey Lavias has been the object of his affection for twenty years and now she’s finally his. With new love and the birth of their son, Memphis tries to settle into the life he’s always dreamed of with the woman he’s always loved. That proves to be no easy task if her now ex-husband has anything to do with it.

Lovey Lavias is no stranger to heartbreak. Coming out of a toxic marriage where love and loyalty kept her enslaved, she enters a relationship with her best friend of twenty years. Finally receiving all the love and happiness she deserves, she is elated.

When a near fatal accident almost claims the life of her ex-husband, loyalty is tested and lines are crossed. Can Memphis and Lovey weather the storm brewing or were they better off as friends?

Adolescence. It can leave you stuck between a time of adulthood, but still needing the security and comforts of home. Dove Goodwin-Yeats is now a young woman trying to navigate through a world that’s changing every day. Her relationship with her best friend is evolving into something else, and for the first time in her semi perfect world, she doesn’t have a plan.Will Dove’s view of her environment become more than she can handle when the unthinkable happens?

Crimson Watts- Brown was a boy forced into manhood. After catching his first body as a child, he adapted to eat or be eaten long before anyone else in his age group. Seemingly from opposite sides of the tracks, he and Dove somehow forge a bond. The old soul and the young street hitta are no longer children, hiding what’s in their hearts. But are they ready for what life holds for them? Can Dove truly accept Crim for what he is? Will Crim ever trade love for war? There are many obstacles on their road to happiness, and each of them is left with a choice. Will they or won’t they? Find out in this Spinoff to A Christmas to Remember: Dyver and Marlowe, and Tainted by a Hustler’s Love 1-2.

For The Love Of Her: A Book Of Shorts Vol.2 by Dominique Thomas

A book of shorts centered around Mothers Day from some of your favorite book female characters.

This will have you wanting to go back and read about the women and their stories all over again. This is NOT a full book.

That’s what most women learned when they tried to capture Stone Bennett’s heart. Addison Ingram did it easily, without even trying and now the two are headed down the aisle for the wedding everyone has been anticipating…or are they?

Just before the wedding events begin, Addison discovers Stone has a secret and then her worse nightmare is confirmed when she accidently follows him.

Will what Stone’s hiding end the wedding plans or add a whole new dynamic to the world the Bennetts and Ingrams have known?

This is a short novella length sweet story. It was provided to newsletter subscribers on April 28, 2022.

Each book in the Bennett Family series is a standalone story, but will be enjoyed if read in order of publication:

One Chance Only by Elysabeth Grace

Dani Price doesn’t believe in friendship do-overs or second chances in love, especially when it comes to Jason Graywolf. He betrayed their friendship and unwittingly broke her heart, landing him on her never again list.

Except for that one weak moment. That one night.

A night in Jason’s arms was just an itch to be scratched, but three months of sleepless nights later, taunted by memories of his touch, confirm that fate wasn’t done with her yet.

Jason knows he’d made the mistake of his life when he let misplaced loyalty and jealousy come between him and Dani. He thought the past was behind the night she spent in his arms. He was wrong. Fate, however, wasn’t done with him yet.

With their matchmaking mothers taking control, Jason and Dani find themselves in the same place, at the same time, and with only one hotel room. For Jason, there’s no way he’s going to let this chance, perhaps his only chance, slip through his fingers…

Lies and deception kept them apart, but the truth might kill any hope for a future.

Twenty years after hitchhiking from Atlanta to DC, Solomon Mitchell has a peaceful life, volunteering at an LGBTQ Youth Center and directing the kids’ choir at church. He accepts his life of solitude and his small circle of friends, and he’s fine—fine!—keeping it that way. When the pastor asks to see him after a performance, he thinks nothing of it—until he sees the childhood he escaped staring at him in the shape of his high-school sweetheart, Isaac Jenkins. Who was supposed to be with him, but never made it to their rendezvous. Running again is the easy answer. Staying and fighting is way harder. But man, could Isaac make fighting worth it.

Isaac, his church’s youth pastor, is on a tour to DC, ostensibly to learn how various congregations have retained or grown their memberships. He already has low expectations and somehow, his bar is still too high. When a friend suggests visiting a church not on his list, it’s his cue to go beyond the rigid confines he’s always lived and worked in. His world spins when he finds Solomon, his first love, literally the one that got away, leading the choir. Isaac still bears a weight of guilt about their separation, and this may be his one chance to make things right. He’s not leaving without trying.

Isaac’s church leaders want him back home and give him two options: return and forget about Solomon, or defy them and watch everything he thought he knew disintegrate.

Heir to his Heart by Tacarra

Kace Preston is a thriving young entrepreneur who has his hands in pretty much everything. Between his businesses and his wife, Alexis, he seems to have it all. The only thing that’s missing from the equation is the child he so desperately wants so that his family can feel complete.

Alexis has been married to Kace for two years, and due to her fairly new business, amongst other things, she decided to put off motherhood. That was until she figured out a way to give Kace a baby and focus on her business at the same time. She feels like she has it all figured out until the opportunity of a lifetime presents itself and becomes her main focus.

Will the child that they’re planning bring them closer together and complete them, or will it drive an unexpected wedge between the two?

Her son’s death contained more than just pain. He brought back sour memories and a woeful past. With the funeral steadily approaching, Blessing Richards is stuck between a rock and a hard place as she looks into the eyes of the person that was responsible for her happiness and her hell.
Autumn Coleman is dealing with her own problems as she battles her emotions for the two men she has fallen for. But only one is making real effort to be with her. Will she be able to identify real love with her heart or will she succumb to a more dangerous version of it?
Renunciation is to reject. But to reject the one thing that ails you means to become vulnerable. And vulnerability leads to chaos as these women struggle with their inner demons. Will the tides finally turn for better? Or will things go awry as Blessing is forced to say bye to her only child? 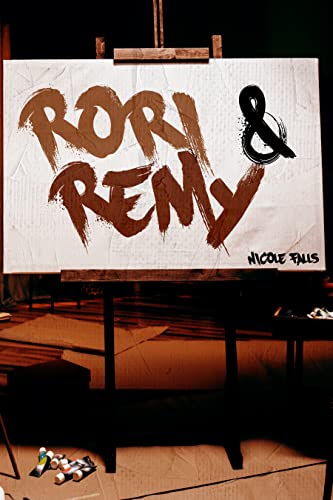 PrevPreviousPre-Order Spotlight – A Star-Studded Love, by Mya Kay and NeTasha Jackson
NextCover Reveal – The Beginning of Forever, by A.E. ValdezNext