Hey Girl! Check out these new releases from May 3rd-9th.

Better The Second Time Around by Monica Walters

Chrissy Henderson has endured more hurt and heartache now more than ever. Finding out her husband of over twenty years isn’t the man she thought him to be has taken a toll on her mental health and stability. His actions and the demise of their marriage has brought her to her knees, but it has also strengthened her relationships with her siblings… all except the two she’s always been the closest to. During her self-preservation and self-repair phase, she meets someone who has the power to make her forget all about her past hurts and simply focus on her present with him. However, the weight of her past and situations with her family has her questioning it all.

LaKeith Douglas is searching for a love that can fill him in the most amazing way. Being divorced for over twenty years, he knows that love the second time around will be much better than the first. He’s matured and knows exactly what he wants in a spouse. A fateful meeting with Chrissy Henderson takes him by surprise, but upon first sight, he knows that she’s the woman that will steal his heart. Despite a few bumps along the way, his vision hasn’t changed, but he can only hope that Chrissy’s hasn’t either.

Past hurts have done a number on Chrissy. She is guarded and constantly questions her life choices. Can LaKeith keep her from living in her head to focus on the present with him, or is she too far gone to be swayed?

Helping pack up his childhood home was going much easier than Amir expected. The only sticking point is the record collection his father Alonzo refuses to put in storage. When Amir asked his father why he needs to keep all those records with him, Alonzo offers to tell him a story instead.
—
Monterey Pop Festival

In 1967, Alonzo was a baby music reporter at the Village Voice on his first big assignment. By his side is photographer Ada Carr who is all brown skin, big afro and sharp tongue. He should be worried about his story, but all he can think about is the way Ada looks dancing to the music in the dusk, the stage lights illuminating her form. He knows love when he sees, or better yet hears, it.

Over the course of two weekends, over forty years apart, Alonzo imparts a soundtrack of love and life to Amir that bridges the past and present and they both learn how to say goodbye.

Jessica loves the single life. Being wined and dined with no rules and no strings attached is easier than having her heart broken. That’s how it’s supposed to work as far as she is concerned… until Joseph.

Joseph is falling in love with Jessica, and it scares him. She’s a no-commitment kind of woman. He’s ready to settle down and live happily ever after. If he can’t convince her to get onboard and think about a future together, he just may have to move on—even if it means losing the woman he loves.

Will Joseph be the one man who changes Jessica’s mind about what a real relationship means and ultimately changes her life for the better or will they go their separate ways?

Order of series
Heart of Stone Book 1 (Emery and Jackson)

Bottoms Up (A Heart of Stone Short)3.5

“A real love story set in the middle of madness and turmoil.”Gwen and Rowan’s lost love affair was passionately ignited once again while they escaped a hurricane in book one but, can their newly rekindled romance endure the pressures of trying to survive a raging pandemic that threatens to ravage the entire world. To make things worse, in the midst of all that madness, the lovers are forced to face other, more familiar, ugly truths about the world they live in. They say that love conquers all but what happens when that love is overshadowed and overwhelmed by unexpected tragedy that forces them both to feel traumas that have been passed down for generations?

Door To Your Heart by Bianca L. Eugene

Venice has been a caregiver all her life. First her grandmother, then her patients, and now Noah. She has put everyone’s wellbeing ahead of her own.
Xavier is a complicated man living a complex existence. His main goal is to raise his son while staying below the radar. His circle is small and intact. He was fine with that until a chance encounter with Venice.

On the surface, the two couldn’t be more different. The night Xavier, shows up on Venice’s doorstop leads them to question everything they thought to be true.
When people from two different worlds collide what happens? Will they resist the undeniable chemistry between them or do what’s natural and become one?

Growing up together made Booker and Imani closer than they could have ever imagined. Best friends who would do anything and go anywhere, as long as they had each other. From middle school to their graduation year, life was good and things were planned out perfectly.

But when those plans change, and something takes place between them that neither could have imagined, they are forced to try and make a life on their own…without one another. Booker is given a golden opportunity to reach his full potential in another state, while Imani is forced to choose another fate that pulls her even further away from him.

Trying to hold onto a bond that seemed unbreakable is hard, especially when new people start to enter their lives and make themselves comfortable. Emotions run high, jealousy sparks and decisions have to be made. And in the middle of all that, they are still expected to deal with everything life continues to throw at them.

In this love story, will they be able to get back to the place they have always known, or are things never going to be the same? Is the love they share strong enough to withstand all the changes or has their time run out?

Norian Love presents a gripping novel that explores the line between love and loyalty – a romance for the ages of star-crossed lovers faced with an impossible choice.

In the final year of pharmacy school, all of Tatum’s dreams are about to come true. As a single father, his hard work has finally put him in a position to build a life for his son and move on from his checkered past.  In a chance encounter, he meets Autumn, a charismatic, yet eccentric artist on the rebound of life.  The two form a friendship in pursuit of their respective dreams that erupts into an all-consuming love.  Yet as Tatum begins to embrace his future, he discovers you can’t outrun your past.

This sensually intimate and emotionally resonant novel will elicit both heart wrench and hope. If you are a fan of Zane, Ashley Antoinette, or Eric Jerome Dickey,  Autumn: A Love Story is a novel you don’t want to miss!

♥ Pick up Autumn: A Love Story today and get the exclusive soundtrack to the novel for FREE. (Details inside the novel.)

Malcolm Black’s Novella, Claiming My Queen raced up the bestselling charts. People were astonished that the reclusive millionaire had written a novella, much less one with him and his wife as the main characters as young adults. Most news journals were calling it If Only He Had truth with bits of fiction.

“Interestingly it only features a few close players because Cinnamon Dubois never marries William Brown or has his children nor her love child who was sold. In fact, the story is dominated by the couple, Cinnamon’s late mother, the esteemed Leigh Dubois with Jesse and Alexandra Riley and their mother Ella. It’s fun and intriguing and proves truth is much stranger than fiction. William Brown is mentioned but only in the most peripheral way. Who knows how any of these people feel but surely Mr. Black has no damns to give but then when has he, especially if his wife, famed author Cinnamon Black agrees and why wouldn’t she? She’s the Queen he claimed.”

Brown read the article and had read the book twice. He didn’t want to feel slighted but in his heart he did. This wasn’t necessary. He thought.

Labyrinth ripped the book that denied her existence across the room. She was still in California and hadn’t been to Center City in months and this made her furious. How dare he? She thought.

I wonder if dad considered with the timing of this book, my mom would have been pregnant with me. Or did I not even figure into his thoughts when writing this. MII thought. Aura and Muhammad, thinks it’s fun fiction but I’m not so sure.

Lydia Thomas just wants to work, worship God and mind her own business. Engaging with other people just isn’t her cup of tea. But it’s hard maintaining a “lone wolf” attitude while trying to get the degree she should’ve gotten over a decade ago. Just a couple months shy of graduating, her professor gets the bright idea to shake things up and pair everyone in the class to complete a group project.
Raymond Christophe is finally getting the degree he promised his mother he’d get years ago. He’s prepared to celebrate finishing his class project ahead of time until his professor rains on his parade by flipping the script. Now he’s paired with the wicked witch of the south.
Immediately the lone wolf and the charismatic leader of the class clash. She feels inconvenienced and he feels annoyed, but God is up to something.

Warning: This short story does include the topic of sexual assault.

Season of Love: A Short Story by T.S. Cook

Planning a wedding in less than a month is almost impossible, but if anyone can pull it off, it’s P.J. When the groom, Byron Milton, suggested a short engagement, it made sense. Why wait if the bride and groom are meant to be?
On the eve of the wedding, PJ is striving for a perfect wedding. At the same time, her mother, Olivia, tries to encourage her to strive for beauty rather than perfection. After all, it’s the marriage that’s really important.
Find out what happens in this thought-provoking, humorous tale about forgiveness, family, life, and love. 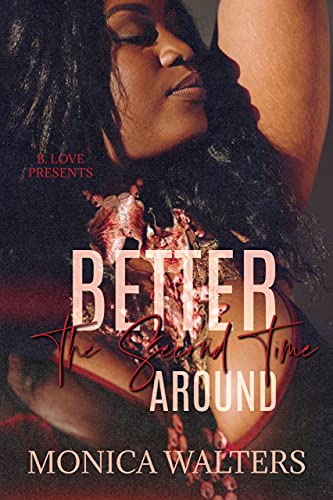