Hey Girl! Check out these new releases from May 4th-10th. 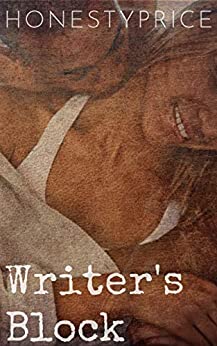 Keri writes romance, well, she used to write romance since right now the words aren’t flowing. In desperate need of a change of scenery and a quiet place to write, she seeks out Noah who’s secluded county home has plenty of room. The attraction is instant but the pay-off is delayed. Will Noah be the cure for Keri’s writer’s block?

Love Beyond Our Shadows (BLM Book 2) by Tucora Monique

“How I missed you, my love” – Beyoncé

Defying pain produced by her circumstances, Nayo Thomas has risen above statistics and survived her struggles. Balancing past sins and current success, the twenty-six-year-old educator, is still steadfast on winning. Allowing her partner-in-grind to motivate her hustle, Nayo’s heart has no time to fester on its loss or concentrate on new connections. Unbeknownst to the reserved collector, having to maneuver through shadows is much easier when you’re reunited with your light.

After years of shackles and sacrifice, Sonder “Solo” Knox has arrived. He’s richer, more strategic, and his motorsports company, Black Lightning, has become a staple in arenas beyond just sports. The menace-turned-matriarch, seems unstoppable. Nonetheless, the Nascar superstar can’t get his personal affairs on track, or memories of estranged love to rest. Eight years of distance and an invitation back home causes Sonder’s progression to hit a plateau and rumble the steel he’s used to mask his heartache.

Distance leaves room for assumptions. Love creates light amongst pain. Can forgiveness trigger the renewal of love waiting beyond the shadows?

But Without Haste: A Slow Burn Romance by B. Love

Haelston is unlike most men in the way that he craves love, or used to, until his last several relationships didn’t pan out. Consumed with the fact that he can’t find the woman of his dreams, he gives up and decides it would be better if he focuses on his career as an artist.

In the middle of his focus, a monkey wrench is thrown into his plans when he hears of the passing of an ex-girlfriend. The funeral, surprisingly, creates an opportunity that even he won’t be able to deny, when he runs into the fun and confident Honey Bee.

Bee is a divorcée who is ready to jump back into the dating waters, and Haelston is exactly the type of man she’d like to sink her teeth into – if he’s ready to accept the love she has to give.

When love presents itself, will Haelston be strong enough to recognize and receive it, or will he miss the chance of a lifetime because of past disappointments?

After threes of living in secret bliss, the group is left standing in a pile of rubble that they have to figure out how to get out of. Can lust really turn into love or can the decision made out of sin really be their fate?
Demi, Sonia, Mariah, Greyson, Mac, and Rahja are on a path to find out what is lust and what is really love.

Imagine falling for someone in seven days…

28-year-old Cori Williams is the owner of one of the hottest hair salons in the DC metro area. It’s also no secret that her father is the head of the notoriously dangerous Metro Syndicate. Over the years, Cori has done her best to disassociate herself from her father’s criminal activities and has vowed to steer clear of the family business at all costs.

30-year-old Antonio Medina, aka Deuce, is the number two man in the city. He knows exactly who Cori is and he’s determined to make her his lady. The only problem with Antonio’s dream becoming a reality is that Cori doesn’t date anybody that has to do with her father’s business, or is even associated with that life. She prefers the clean cuts over the roughnecks and prides herself on such.

Despite all preferences and preconceived notions, the moment Deuce walks into Cori’s salon, Luxe Amor, both of their worlds are turned upside down, and nothing is ever the same again.

Just My Type by Malay Reneé

They say opposites attract and most times the one you love is like fire while your ice. For Micah Reynolds and Power Thomas they are the real example of that saying.

Micah is a senior at Syracuse University. With one semester left until graduation, Micah is making sure everything she needs to complete this chapter of life is in line. With school being her main priority to make the best out of her dreams, it seems the only thing missing is that bomb ass counterpart that will have her weak in her knees. She wants to have that person to call her own but in a world of situationships and casual flings, that’s hard. But when she comes across Power, her entire idea of a relationship changes.

Power is the bad boy that can’t be tamed. Casual flings is just his thing. When you run the streets and the only thing that matters is money and power, a steady chick isn’t on the agenda. But when a night out on the town brings him in the presence of Micah, he starts his mission of “I gotta have her.”

When she plays hard to get and he’s persistent as hell, things just become one hell of a power battle. In the end one will submit to the other and they both will learn what it takes to be what the other needs. To be in strong like is good but to be in love is a feeling that has major power behind it. Despite their differences they may just be each other’s type!

Imagine maneuvering through life as solo as can be. Just you. You have talents and ideas but you are a loner. Then one day, you literally bump into a very peculiar young man who introduces you to a world that you didn’t even know existed. But the only way to venture to this world, is through drugs. Every time you hit this particular drug with him, you two take trips that you can not even describe in words. Connected you are. In love you are, HIGH you are… but is it enough? Is it safe? Can you survive it in the end? Take this adventure with Thandie and Indigo in this psychedelic romance that is sure to send your mind on a trip!

Navigating her way through a messy divorce, community leader Charmaine Keaton, the daughter of a prominent Congressman, knows the importance of keeping a smile on her face and pain off her sleeve. Until a high-profile dignitary is found dead in the Chicago River…with Charmaine as the leading murder suspect.

Sales Executive, Tommy Howard, finds himself crossing swords with Charmaine when he is brought in to negotiate a deal on a notable community center in the inner city on behalf of his organization.

Attraction aside, both maintain professional focus until Charmaine’s world is turned upside down and Tommy becomes the object of her affection and her most trusted confidant. Can their blossoming love survive implications of murder, corruption, and deceit in spite of secrets too impossible to ignore?

Show Me Your Love: Book 1 by Mo Howard

Jahzara James has always been the good girl. At a young age, she planned out her life and so far, she’s accomplished all of her goals. She’s attending the illustrious Spelman College and majoring in English. She dreams of becoming an author, who writes best-selling novels and tutors children when she has time. The only thing that’s missing is a partner to share her life with. It seems like she has it together in every other aspect of her life, but her love life needs work.
Joshua Mann came into her life at a time when she was desperate for a change. The New York native is new to town and is ready to settle down, or so he thinks. He promised to give her everything she’s never had, but at what price?
In this first installment of Show Me Your Love Jahzara and Joshua are the perfect example of what happens when we rush love.