Hey Girl! Check out these new releases from November 8th-14th.

Homecoming is the time of the year for alumni to bask in the glory of their college years. For Tony and Emya, this homecoming is so much different. Muted emotions and attraction for one another are finding their voice and once the words are released, they can’t be taken back. Can the mystic aura of homecoming last long after the stadium lights are turned out?

Technically, they shouldn’t be in love.

But who cares about technicalities?

Drayveon Walker is touted as one of the most talented players in the history of the game, instrumental in the St. Louis Cyclones’ two championship victories. Benevolent, focused, and driven, he has it all, lacking nothing he could ever want or need.

When Stevie October crashes into his life, Drayveon sees in her something he never realized he desired.

They’ve only just met, but the connection is strong and the feelings are real.

Could their serendipitous love be kismet?

Capture My Love by Tay Mo’Nae

Past relationships have left Nova scarred. Finishing up school and opening her boutique were her main focus until she ran into Grayson.
Grayson was worried about being a great father & his photography career when Nova ran into him, in the most literal sense.

The Sweetest Taste of Cyn by Kimberly Brown

Cynthia “Cyn” Malone and Andrew “Drew” Collins have been a couple off and on for ten years now. Together they have two beautiful children and live quite a comfortable lifestyle. While Drew has always felt like she was it for him, Cyn has not and seemingly will not fully commit to him. Time after time, she has rejected his attempts to be a family. Ever persistent, Drew continues to be the man he has always been in hopes that one day Cyn will finally accept him whole-heartedly.

Harboring years of pain from the abrupt departure of her estranged father, the only thing she has committed to was guarding her heart from the only other man she has ever really loved. Cyn is terrified of suffering the same fate as her mother, being heartbroken, left alone, and struggling to raise her children by herself. When a car accident lands her father right at the hospital where she works as a trauma nurse, Cyn must come face to face with the very source of her pain.

In confronting her father, will she finally be able to let go of her hurt and allow herself to fully love Drew, or will her past hurt continue to be the deciding factor in their ongoing relationship?

The After Party by A.C. Arthur

Three women form an unbreakable bond in a sexy, suspenseful, and adventurous novel about empowerment and sisterhood through thick and thin.

When morning comes, Venus, Draya, and Jackie are blindsided by murder—a twist of fate that brings a startling new challenge to the table and forces them to navigate a hair-raising detour they never saw coming. For better and (unless they can help it) for worse, it’s going to turn their world upside down. What starts as a necessary bond of mutual trust soon morphs into an empowering and galvanizing friendship that Venus, Draya, and Jackie need now more than ever.

HE ONLY NEEDED ONE NIGHT TO CAPTURE HER HEART

The charming and confirmed bachelor Nicholas Toussaint doesn’t believe in forever. All he’s ever known of relationships is pain, and he’d rather avoid another scar to his already damaged heart. Until one passionate night with Tresa, the one woman he’d always resisted because she’s the sister of his old friend now political foe.

The newly hired Assistant District Attorney, Tresa LaSalle has never been afraid to color outside the lines. She is completely satisfied with sexual trysts and the occasional companion. Until one steamy night with Nicholas Toussaint, in which he confesses his love and subsequently takes it back.

Upset and confused, Tresa is determined to forget about Nicholas. But after a chance encounter rekindles the undeniable burning flame between them, the two finally decide to take a chance on love right before a scandal emerges. As old hurts and mistrust grow again between the two most powerful families in New Orleans, Nicholas and Tresa are forced to choose sides causing them to question if loyalty to their families is more important than their love.

Mated To A Vampire Princess: Book Three (The Hybrids 3) by LeeSha McCoy

Full moons are so beautiful, aren’t they? Until magic and shifting meet in the land of lust, resulting in disastrous consequences for more than just those involved.

Princess Karrisee and Amarey lost complete control during the last full moon, and because of someone plotting behind the scenes, there may be a baby on the way.

Now the question on everyone’s lips is, will a werewolf and vampire baby be compatible with life?

Queen Vallessa and Candessa must now turn their focus to bringing two others back from the dead so that hybrids can emerge.

But with no visions of the future anymore and no guarantees, will the spell work, and if it doesn’t, what will be the consequences?

Note to reader: This is not a standalone series. If you would like to read this story, you are advised to check the reading order at the beginning of the book or begin with the James Pack Wolves series.
BUY HERE

In this page-turning new mystery series, fraternal twins Keaton and Koby will pull double duty when they take down a killer while preparing to open their new bookstore and soul-food café, Books & Biscuits.

When Koby Hill and Keaton Rutledge were orphaned at age two, they were separated, but their unbreakable connection lingered. Years later, they reunite and decide to make up for lost time and capitalize on their shared interests by opening up a well-stocked bookstore and cozy soul-food café in the quaint Pacific Northwest town of Timber Lake. But this new chapter of their lives could end on a cliffhanger after Koby’s foster brother is found murdered.

The murder, which occurred in public between light-rail stops, seems impossible for the police to solve. But as Keaton and Koby know, two heads are always better than one, especially when it comes to mysteries. With just a week to go before the grand opening of their new café, the twins will use their revitalized connection with each other to make sure this is the killer’s final page. 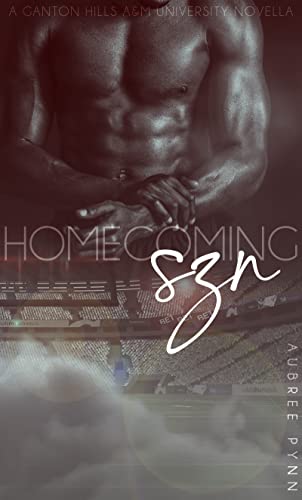