Hey Girl! Check out these new releases from October 3rd-9th.

It’s Always Been You by Tay Mo’Nae

All Jerzey wanted was a family of her own. After things didn’t work out with her ex-husband, she took matters into her own hands.
Being a foster mom wasn’t easy, but having her best friend by her side to help makes it a little easier. That is, until the two blur lines and suddenly a friendship isn’t enough.

It’s time for me to confess. I, Indigo Monroe, have been keeping a naughty secret about Odysseus Hood. He may be my youngest brother’s best friend, but facts are facts. He once rocked my world in a way I never saw coming. Not only have the men in his family always been on my do-not-date list, but he’s too young for me and way too tempting. I can never go there with him again.

This Black Lush short story is a quick flame, fast burn, best friends older sister kind of love that’s part of Naughty Season series. It can be read as a standalone. Get ready! Naughty Season is upon us.

*This is a short story.*

The Bawdy Ranch by Wynta Tyme

By day, thirty-year-old Arena Stands executed her passion for teaching, but when the moon rose, she was the top performer at Lew’s Lucid Titty Bar. By day, thirty-two-year-old Surge Seas is the sexy OB-GYN that all the women fancy, but when the stars fill the sky, he’s a part of an underground scene at the Bawdy Ranch that raises the hairs on the back of your neck.

Their worlds collide when a gruesome tragedy is struck. Now, Arena is thrust into the small town of Bawdy Falls, Illinois. It’s filled with prestige, Black and Indigenous excellence is showcased, and haunting secrets are just waiting to erupt.

Unbeknownst to Arena, this town is more familiar than she knows, and memories of the past could either inflict more hurt or provide some relief. With the past playing with the blind spots of the shadows, their fast-paced love could soar or be stamped with the expiration date of death.

SHE WAS EVERYTHING HE NEVER THOUGHT HE WANTED…

Aaron Youngblood thought he had it all. A beautiful wife, a gorgeous home, and a thriving business. He never expected his secret to be revealed or be blindsided by heartbreak. Still reeling from the ultimate betrayal of his brother and wife, Aaron finds himself seeking casual relationships, no longer believing in marriage, and unable to trust others.

Except he can’t stop thinking about LaTisha Blackwell, a no-nonsense single mother who has had her own issues with trust, especially for men like the charismatic Aaron. And he can’t quite understand why he is so irresistibly drawn to a woman whose everything he never thought he wanted in a woman and his ex-wife’s best friend.

As Aaron battles his lingering anger and resentment about the demise of his marriage and revisits the past, he wonders if he will be able to learn from his mistakes and find love again. More importantly, can he truly forgive the one person he never thought would hurt him?

THIS STORY CAN BE READ AS A STANDALONE, BUT YOUNGBLOOD IS SO MUCH RICHER IF YOU HAVE READ THE EXPERIENCE AND THE FORBIDDEN TRILOGY.

Desperate people are dangerous when their options are limited. Delani Harris learns this lesson the hard way when an impulsive decision leads her to become the object of Titan Stone’s sinister games.

Now his captive, Delani, struggles with the building attraction she carries for Titan. She shouldn’t feel this burning desire towards the man she’s been trained to hate. Delani sees glimpses of the man beneath his hardened exterior despite his wicked grin and wayward intentions. It’s only a matter of time before lines blur and alliances are redefined.

Delani and Titan become bonded by secrets and threatened by the truth. When the veil between the two wears thin, the situation culminates, forcing them to make sacrifices. Will their newfound love be enough to protect them from the repercussions?

Take Me, I’m Yours : A North Brooke Port Novel by Tacarra

Syrus Daniels hasn’t given up on love, even after catching his ex in the act of cheating on him. On the contrary, he’s very open. But when a new, real love finds its way to him, will his old flame cause everything he’s building to come crashing down?

Zenovia Johnson has been similarly unlucky in finding the one for her — and only her. Craving the love of a real one, she just wants to feel what it’s like to be loved the way she needs to be. Then enters Syrus, and he sweeps her off of her feet. Will Syrus be the one she’s waiting on, or is he just another man that doesn’t keeps his promises?

Follow this couple to see how they handle the pressure of finding a new love. Will it be all they wanted, or a repeated cycle?

I Want You Book Two by Kiara Neufville

Yuri is back and better than ever or so she thought. She just wanted the world to stop so Wave could see what he’s missing out on. She didn’t want to have any regrets but she’s realizing she might have been wanting something that was just a fantasy. In this finale, Yuri gets hit with life-altering situations. She can either stay and deal with them or run back to her hometown. Get ready to see if Yuri’s love is strong enough to overcome the battles of love with Wave.

Wave just wants the answers to his darkest memories. Should he open pandora’s box or say forget it? He’s content with being by himself. The life he’s been searching for comes at a cost. Dive into this final installment to see if he can overcome his darkest fears or will he continue sinking into his darkest hours. Does he finally realize the Gem standing in front of him or does he figure he’s better off alone? Take a ride with Wave & Yuri to see if love is all they need.

Through the Fire by Amaka Azie

Busy plastic surgeon Oke Amayo lives life on her own terms. No husband, no children, no commitments. She prefers toy boys and freedom. Then, a breast cancer diagnosis changes her mind, but only about children. Oke wants a baby, and only one man will fit the bill as her baby daddy. Can she convince her friend Arinze to sign on to her co-parenting plan without the bogus happily-ever-after that everyone knows doesn’t exist?

Widower Arinze Ibeh still grieves the loss of his beloved wife to cancer. When he discovers his friend now has the disease, he immediately offers his help. But Oke wants a little something extra from him. A baby?! Arinze has dreamt of having children, but certainly not according to the unconventional terms of Oke’s proposal. Will she consider his counteroffer?

“You say it’s because of my age girl….” – Pretty Ricky 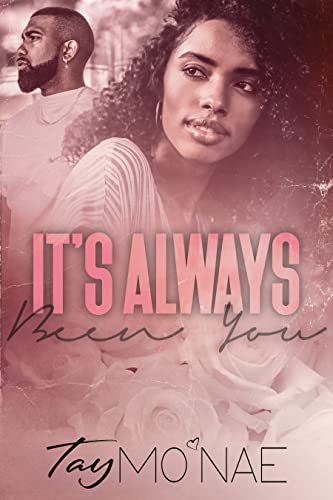