Hey Girl! Check out these new releases from October 4th-10th.

When We by K.C. Mills

“She could have every piece of my soul. Even the ones that were broken and unsure, because I knew she would never mishandle any part of me.”
—Law and Zori

Returning home to attend my childhood friend’s Halloween party was perfect timing for me. But I didn’t know what I was getting myself into when I agreed to meet up with Hannah and her friends.

Love on the Brain (Sienna Terrace Book 1) by Shay Davis

Cheyanne Charles experienced both in a blink of an eye. Taping the pieces of her broken heart together, Cheyanne moved through life only focusing on her career. Love had no place in her world after suffering the ultimate betrayal. But the funny thing about tape… that adhesive wears off after a while.

Shemel Jennings, an up-and-coming Neo Soul singer, wants desperately to put the broken pieces of Cheyanne’s heart back together. Only, he’s the one responsible for her heartbreak to begin with. He’s on a quest to seek forgiveness and right his wrongs, but finding love, and keeping it, is never as easy as it seems.

Thrown together after years apart, Cheyanne and Shemel have to figure out how to work with one another. But as tempers flare, and emotions get involved, the close proximity cause volcanic eruptions.

Only Love Can Break Your Heart by Bree Wright

Fifteen years… Five thousand four hundred and seventy five days is how long Sabrina and Calvin had been together. With love comes trials and tribulations, and to Sabrina, the trials almost outweighed the love.

Sabrina was ready for more with Calvin. She wanted the white picket fence that she had put in so much work for. Sabrina didn’t see what else was left for them to do to better their relationship, however, Calvin was not ready yet. Even after fifteen years, Calvin felt as if there was more for him and Sabrina to grow as a couple.

Fed up, Sabrina decided to call it quits with Calvin, even if it meant breaking her heart in the process. Calvin felt as if Sabrina was overacting but accepts the fact that she wants to move on. Even though the two move on, life’s happenings keep bringing the two into each other’s paths but every time the two cross, it doesn’t end well. After fifteen years, is it possible to even let someone out of your life so easily, or is love going to continue to break their heart?

Please note: this is a fast-paced story.

Jamila Campbell appears to be the epitome of a woman that has life all figured out. However, that perception couldn’t be more wrong. Being forced into single parenthood, she’s determined to be strong, independent, and driven. That doesn’t mean that she doesn’t have what she deems as fun. Wanting a relationship but not settling for anyone who doesn’t make her feel like her child’s father is what has her love life at a stand-still. So, she opts to get what she needs from men and discard them if they are of no further interest to her.

That all comes to a screeching halt at her cousin’s rehearsal dinner. Island fun with visitors from Texas, welcoming them to Kingston, leads to a night she’ll never forget. A romp in the sheets with a stranger, advances to an inner desire so strong it’s nearly impossible to fight. Kyle Jackson, the groom’s brother, has penetrated her rough exterior and gets a glimpse of her heart. There’s only one problem: he lives in Texas.

The man that she’s been waiting for… for over seven years, has finally found her, but there’s that distance hurdle that seems impossible to overcome. She’s not willing to leave Kingston. He’s not leaving Dallas. How can a meaningful relationship survive with over fifteen hundred miles between them? Will Jamila eventually concede and leave Jamaica and her family behind, or will she lose out on love once again?

One Night to Forever by Monae Nicole

They had One Night…

After a night of drinking and dancing, exotic dancer, Sienna Parker awakens to more than a hangover. After the shock wears off and she’s reminded of the night she spent with the handsome friend of her brother-in law, she leaves with plans of keeping her distance.

Personal trainer, Jabari Jacobs, was a ladies’ man with no plans of ever settling down… especially after what happened with his ex years ago. After sharing an explosive night with his best friends’ sister-in-law, his plans change. If he had his way, so would her last name.

When former lovers and secrets from their pasts and present are revealed, will their whirlwind love affair end? Or will love win and change one night to forever?

At age thirty-eight, Maple Sap has spent seven years in a dead end, controlling marriage, and ten as an emergency room nurse. Craving something different and throwing caution to the wind, the young cougar recedes from her fear of failure and packs up with her sights on her newfound freedom and opportunities. One of those new opportunities, just so happens to include twenty-eight- year old Supreme Notes, that has her granny panties in a twist.

Just like Maple, the part-time hockey player and donut shop owner is smitten by the older woman after a simple interaction. Regardless of their age difference and Maple’s relationship status, Supreme is eager to win her affection and pull out the beautiful things her last man tried to destroy. Unbeknownst to the unconventional duo, an unyielding deviant is also interested in the new cougar in town. A deviant that doesn’t do well with rejection and will stop at nothing to ensure sharing isn’t an option.

Her Gangster, The Gentleman by B. Love

Kahreem “Caliber” Lou has one goal—leave the streets before his thirtieth birthday. He has one job left, then his debts will be paid, and his loyalty will only be to himself. When he gets to his last job and finds a damsel in distress, he chooses to prioritize her life over his freedom… and only time will tell if it costs him his life.

In the streets of Memphis, Joy Dixon is known as Trouble. Trouble has seemed to follow her and her mother all the days of her life. The night Joy thinks her life is about to end, she’s rescued by Caliber. Used to men expecting a lot of something for nothing, Joy expects Caliber to demand the world. It catches her by surprise when he doesn’t ask for anything in return. In fact, he only offers to keep her safe. When she finds out exactly who he is, Joy embarks upon the hard journey of trusting and finding solace in her gangster… the gentleman.

Temptation has a way of complicating things…

Detective Ashton Chambers is ready to quit the police force, but he won’t until he puts the man responsible for his sister’s murder behind bars. No easy task. In fact, the mission is proving to be almost impossible. Though his day job stresses him out, his social life has taken a turn for the better thanks to a sassy bar owner, Dani Eubanks.

After two broken engagements, Dani is not looking for a happily-ever-after. She tried. Twice. Failed. Twice. Won’t try again. She can’t rely on her judgment, and no way will she allow her heart to get crushed a third time. But Ashton is irresistible, and when a dangerous turn of events puts her in the crosshairs of an international gun trafficker, Ashton is the only one she trusts with her life…and her heart.

Book 7 in the Atlanta’s Finest series. All books in this series can be read as a standalone.

After the Morning After by Tatum James

Sometimes, the thing you need most is the last thing you would ever imagine having. Clarke Michaels is a registered nurse working her dream job in labor and delivery. The mother of twin boys loves her job just as much as she loves her fiancé, Cortez. The sordid past that her fiancé knows nothing of comes back to haunt her in unexpected ways. Could a forgotten one-night stand cost her everything?

Millionaire playboy, Lyncoln Hughes, is a perpetually noncommittal bachelor. As the owner of a successful cybersecurity company, he’s living out his dreams of success with the occasional fling. Although he enjoys the company of a woman, he’s happily single and relishes in the fact that he is the king of his palace. Unwilling to give up his solitude, he loves them and leaves them. Lyncoln only has himself to answer to and that’s just the way he likes it… Until he meets the one he can’t leave behind.

Their lives collide in a brief encounter that the two only vaguely remember. That inconsequential meeting has lasting effects on the pair. As their connection grows… their existing relationships are tested.

“…He’ll face anything that’s hurtin’ you, anything that’s causin’ you anguish and torment. He confronts allat sh** ‘cause his queen’s mind is valuable. Can’t just anybody or anything keep space there. So, he handles whatever and whoever he needs to, in order to ease her mind, and bring her peace. Let me do that for you.”

She has nothing to lose, but loving her could cost him everything. Is he willing to risk it all a second time around when she has less than thirty days to live?

Renowned motivational speaker Nina Marie Robinson has received a grim prognosis. With the little time she has left, she’s giving one last commencement speech at her alma mater Jackson State University and taking a well-deserved vacation to the Bahamas. Nina is also determined to show her college sweetheart she’s still in love with him, but can she convince him to drop everything and board that plane with her?

Andrew McCall is one step away from being promoted to professor at Jackson State University. If anything goes wrong, Andrew will find himself in the last place he wants to be—chief executive officer of McCall Resorts as his father’s successor. When Nina comes to town and requests that he accompany her to the Bahamas, will he have to choose between the woman he’s always loved and everything he’s worked for?

The Peace of Love by Jenae Marie

Meadow has everything but realizes she has nothing after an honest self-evaluation. When an unexpected event causes her to run back to her hometown roots for reassurance and regrouping, she’ll find challenges that grow her and possibilities that excite her.

Amir is content with his life as long as he has control. Unfortunately, Meadow’s unforeseen arrival and his unresolved issues threatened to tear down everything he’s built. Will he allow sudden chaos and self-reliance to overtake him? Can he let go and trust God in the midst of it all?

Meadow and Amir will have to allow God to heal the emptiness they’ve so desperately tried to fill themselves or risk losing the peace of love. 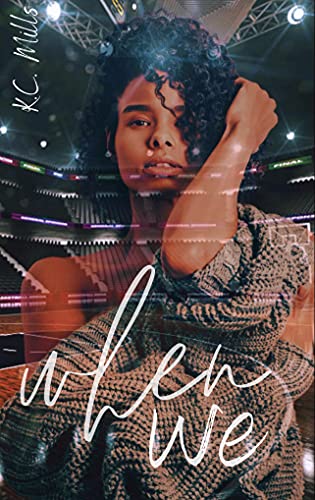