Hey Girl! Check out these new releases from September 7th-13th.

When Jade Sheppard rents a guesthouse near the beach for a week, her only plan is to study for the bar exam and avoid any and all distractions.

But when she runs into Keenan Barker, her incredibly sexy host, she quickly realizes that he just might be a distraction that’s impossible to resist.

Set Up for Love by B. Love

Zara and Cayden’s marriage is spiraling out of control. All the money in the world isn’t enough to buy his way out of the problems Cayden has created. When Zara confesses to no longer feeling safe and secure in their relationship, a friend gives him an idea on how he can make her feel protected. Cayden agrees to pay his friend, Ashton, and his brother, Mayven, to pretend to rob them. He thinks when Zara sees him as her hero, she will be open and vulnerable… ready to reconcile. There’s just one problem… when Mayven sets eyes on Zara… Cayden’s valuables aren’t the only thing he plans to take. Will Zara and Cayden be able to withstand his latest stunt, or will Cayden end up setting his wife up for true love?

lost one. by Grey Huffington

if time told us nothing else, it was that we still belonged together.
forever.

Lover, secretary, caretaker, kiss craver; Darryl has worked hard to be the kind of man women sing about in love songs. His friends have always warned him against treating chicks like wives without a ring. But to Darryl, his loyalty should be as intense as his love. He vows never to give his lady a reason to doubt him.

Things were no different when he got with Monae. Darryl became so obsessed with her potential that he ignored her using his kindness as a crutch. His friends quickly noticed Darryl’s forgiving heart gave Monae the security to do as she pleased. After all, she was always welcomed home with open arms.

Will Darryl double down on his beliefs and continue to ride for Monae as one’s partner does? Can he manage to go against his nature and send Monae packing? Only a little we time will tell.

“We Time” is a novelette. Shorter than a novella, as sweet as a short story, and spicy all around.

Where were you when the world slowed down? In the middle of a wedding proposal? Were you spending time with your family? Were you stuck in a land away from home? Moon Bey’s “Quickie” series tells the stories of life on pause for a group of individuals. You may enjoy each book independently, but such as life, they’re all connected by design.

Do Me (Irresistible Husband) by Sheryl Lister

Staring forty in the face, Braxton Harper is accustomed to having everything in his life fall into its precise place. Only he hasn’t found that special one and he refuses to settle for anything less than a woman who is his perfect match. The moment Londyn Grant dances into his life, Braxton is convinced he’s found her. Kiss by sizzling kiss, the sexy doctor slowly lets her guard down. Now, if she’d only let him into her heart…

Londyn knows heartbreak. By day, the psychologist counsels others, but she has yet to find a way to heal her own heart. The last thing she wants is another relationship. However, sensual and sensitive Braxton tempts her to open up and, for the first time in her life, she’s letting passion rule. But it’s going to take a little therapeutic intervention—in and out of the bedroom—to get Londyn to see that this time she’s found the real thing.

*Be sure to read the other books in the series:

SHOW ME by Sharon C. Cooper
LOVE ME by Delaney Diamond

Hard-working corporate attorney Axel Becker has tried settling down in the past, but when the relationship didn’t work out, he focused on his career to the exclusion of everything else. Enter, Naphressa St. James. The sexy project manager is a former lover and reminds him of what his life could be—fun, exciting. She’s just the woman he might need to shake him out of a rut, but convincing her they belong together will be a lot harder than he expected.

Naphressa admits she and Axel have chemistry, but she’s not interested in getting married again. Been there, done that. Except the more time she spends with Axel, the more she finds the idea of settling down with him to be downright…irresistible.

Colton “Cole” Eubanks is laser-focused on building wealth and settling down with a special woman before he turns forty. Accomplishing one out of two isn’t bad. Unfortunately, there’s no ‘love of his life’ on the horizon, unless he counts the one woman who’s been starring in his nightly dreams—Malaya Radcliff.

After being dependent on other people for years, Malaya has finally learned to stand on her own. There’s only one thing she hasn’t been able to accomplish—gain full custody of her daughter. Her ex-husband never fights fair. His wealth always wins. This time Malaya’s determined to come out on top.

So when Cole, the man she’s been secretly in lust with for over a year, makes her an offer she’d be crazy to refuse, Malaya wants to say yes. But that means sacrificing her newfound independence. Yet, his enticing proposal has her thinking—why not?

Melanie Mitchell liked to describe herself as funny, creative, and vibrant. In a short month, she managed to get laid off, failed at reconciling a choppy relationship with her sister, and strand herself on the wrong ship. After a rough start, it seemed those were the last words she’d use to recount her current situation. Gradually, Melanie slowly begins to realize that her latest blunder could very well be the best thing that ever happened to her. It doesn’t hurt that her knight in shining armor had the nicest smile this side of the Atlantic. Will this overnight adventure bring Melanie clarity about the next steps in her life or will she be doomed to repeat her past mistakes?

Jason Ramsey thrived on being busy. Stress fueled his long workdays in and out of the office. It was almost a decade since Jason slept in past 5 am. All he wanted was a little excitement from his otherwise dull vacation. The last thing he expected was an unconscious woman from an entirely different ship!  His cruise line was doing less than stellar after a promising IPO. The last thing Ramsey Cruises needed was a scandal. Too bad the worst kind of surprises come in threes. Can Jason figure out who is causing mayhem on his ship and recapture the thing he needs most in this world before it’s too late?

Choosing his career over a relationship, Blake Russell left Serena Howard in Philadelphia to pursue opportunities in San Francisco. After being away for almost a year and a half, Blake is back in the city of Brotherly Love, and still holding onto feelings for Serena. Even with the time that passed, he’s never quite gotten over her or how their situation ended. Being back in his hometown, with memories of their time spent, Blake makes it his mission to check on Serena.

Serena’s life went from zero to one hundred real quick. Graduating from law school, opening her own practice, and other life altering events, left Serena with little to no time to be stuck in her head daydreaming about the past, or wondering “what if”. Her sole focus was on the things that were, and the demands of her life.

With time, distance, and secrets between them, what will happen when Blake and Serena come face to face? What feelings will they invoke in one another? Love? Hate? Resentment? Will they be able to reignite their flame? So many things left unanswered. They both thought their paths were leading them in different directions, but there they were, back in one another lives, with so much energy swirling between them.

NOTE: This is a two-part series and Stay Forever is the second book. It is encouraged to read Stay A Little Longer before reading Stay Forever.

Bed Of Lies: A Fake Fiancé Romance by Mickey Black

His proposal is a deal she can’t refuse…

Kiandra Calloway is the highly-sought crisis manager to Washington DC’s most powerful politicians with no time for the entanglements love can bring.
She is not interested in finding forever with anyone, but when she is forced to play fiancé with a complete stranger, all bets are off!
Wade Daniels is handsome, mysterious and ruthlessly ambitious. The hot shot lobbyist will do anything to get what he wants – and he wants Kiandra Calloway.
When danger looms, Kiandra finds herself relying on Wade more and more, but will she be able to protect her heart from a complete stranger?
Get ready for an edge of your seat romantic suspense that will keep you guessing until the very end.
Bed Of Lies contains strong language and sexual content. Readers discretion is advised. 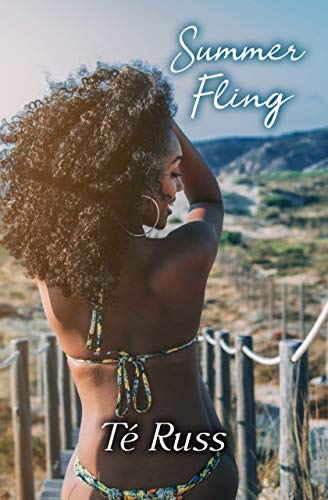