Hey Girl! Check out these new releases from August 23rd-29th.

Life is a series of inevitable events that take us down a path we wouldn’t have chosen otherwise. But every event has a purpose, and every heart is on a mission. Daniel Donovan and Trinity Owens have no choice but to yield when their lives crash into one another. With outside forces pushing them together, they experience a love curated for just them.

Take this journey with them in Because of You: A Ganton Hills Romance Novella.

Brand New (On the Clock Book 8) by Shae Sanders

Nico Sharpe doesn’t normally do strip clubs. But it’s a special occasion, so he tags along with his buddies and finds himself face-to-face with her.

Destiny Hartley’s day job is boring and repetitive, but at night, she becomes Cinnamon. And that’s where she meets him.

Sparks fly and a decision is made…Destiny is finally ready to lose her virginity. But is Nico up to the task?

***This is book 8 in the On the Clock Series. It can be read as a standalone.

Ever meet a beautiful soul & know that your life has been changed from that encounter?

A rose amongst the thorns. That’s what Creed always referred to me as. We were never supposed to be together. Him and me. Us. My life was cut too short. I wasn’t finished leaving my mark. You think you know my story, but everyone has secrets.

This short story interlude is a pause from the main narrative to insert a piece of information that thematically connects to the Crowne Legacy series.

You’re My Exception (Short and Sweet Book 2) by K.C. Mills

Prior Affair: A Night Shift Novella by Christina C. Jones

Hailey Freeman goes to Blackwood with a specific mission – at least on the surface. When a sudden tragedy thrusts her into chaos, she expects to find herself mired in confusion, bereft, while she figures out how to pick up the pieces.

Instead, she finds comfort, clarity, and —baffling— familiarity in the arms of Ellis Boyd.

A stranger who can’t help wondering if he knows Hailey somehow, met her somewhere, another time they just can’t remember — the only explanation for their swift, consuming connection.

At least… the only one that makes sense.

Her Forever Fling by Kimmie Ferrell

Can Elijah show Melissa he is exactly what the doctor ordered?

Dr. Elijah Grayson isn’t looking forward to presenting at a medical conference. Until a chance meeting provides this cardiothoracic surgeon with the adventure he’s looking for. Spending the week exploring a picturesque French Caribbean island with a beautiful, smart, and intriguing woman reintroduces Elijah to emotions he hasn’t felt in a long time—if ever. Still, navigating a new long-distance relationship and a demanding career is challenging, but he will do anything for the woman who captured his heart.

Melissa Gaines hasn’t stopped thinking about the sexy doctor who helped her check off items on her island bucket list. However, when a job opportunity in a new city brings her face-to-face with Elijah again, Melissa must decide if her deep-rooted fears—thanks to a devastating breakup—outweigh her growing feelings for the handsome surgeon. And maybe he’s the prescription she needs to liven up her life.

Four years ago, Nikki “Blaque” Black, closed down her thriving clothing boutique to live a carefree life at the expense of her generous but controlling boyfriend. She loves Bone, so his temper is just a consequence of her love and commitment to him. Being Bone’s girl means she’s his partner in crime, which she loves, until the day she runs into his side chick, Desiree.

Jade Moss is a middle-grade teacher who’s in love with her career just as much as she loves the new man in her life. Both are snatched away from her in an instant, leaving her soul searching and looking for something else to hold on to.

Jaslen Moss is the definition of a self-made boss chick. She’s starting a line of custom wigs and in the process of buying out, Drew, the owner of the salon she’s worked in for the past four years. Her marriage, on the other hand, is one of her lesser celebrated accomplishments.

Ebony has had her share of challenges, including a battle with drug addiction that led to her losing her daughter Nadia two years ago, but now that her life is on the right track, she’s righting her wrongs and making a beeline towards redemption… Hopefully with the man she’s so smitten with in tow.

The plot thickens when things begin to fall apart. Secrets of crimes and betrayal among the four friends send them into a web of lies, deception, and instability. Friendships are tested and pushed to the brink of destruction, but to what end?

Trust Me With Your Heart by Pamela Campbell

After receiving the devastating news that changes her life, Brittney rushes to her hometown Atlanta. Once she arrived, she’s filled with grief and fear to face her new reality of life without her sister.

Patrick has lost his close friend and has been lost, searching for hope to get through each day. Patrick and Brittney began to lean on each other in hopes of filling the void they’re feeling. With emotions running haywire, the two develop an unspoken connection that continues to strengthen with each passing day.

Blindsided by unexpected news, Brittney begins to question everything. Undecided between love and loyalty, Patrick has to choose between what his heart wants, or being a good friend.

With love and loyalty on the line, the two have to make a life-altering decision. Los Angeles is home for Brittney, but can Patrick convince her to trust him with her heart and stay in Atlanta?

All they need is a second chance…

It’s been three years since Ashiya Waters walked away from Russell—and made the biggest mistake of her life. She knows she shouldn’t dwell on the past. Love isn’t meant to last…and nobody taught her that better than her own family. But when her grandmother unexpectedly dies, leaving Ashiya in charge of a multimillion-dollar company, Russell is the only one who can help her…and things get complicated fast.

Russell Gilchrist would do anything to be named COO of Robidoux Holdings—with all of the power and money that comes along with it. He’s been desperate to solve the disappearance of his brother, Roderick, for years, and the Robidoux influence could finally turn this cold case hot—and give his family some much-needed closure. The job is his…if he helps Ashiya manage her new business. He’ll just do his work and get out—that’s the plan. But being so close to the woman who broke his heart is dangerous. Seeing her smile and feeling her touch makes him want to forget the past. But will this second chance at love burn them both?

It’s like Cre isn’t allowed a break between deaths, births, and broken relationships. He is trying to find his footing to fix the family he came from. While the family he created is stripped away from him. Cre is determined to right his wrongs. Extreme measures are the only way to go in Cre’s world. When a frenemy of Cire shows up wanting retribution for damage caused by her son, she steps in and find their way out. When the only way to fix his mistakes is betraying his trust Cire decides some things are just better to take to the grave. Will Cre find out about his mother’s deceit or will he trust her too much to suspect anything is up? Join us as we conclude the trilogy of Cre.

Saving Her Guard: A Royal House of Saene Spinoff (The Protectors Book 3) by Kiru Taye

Upstanding royal bodyguard Kojo’s primary job is to protect the prime princess of Bagumi from danger. So, when his charge vanishes from her star-studded party at a Lagos hotel, he knows his life won’t be worth living if he doesn’t find her in one piece. Unfortunately, with inept local law enforcement and dead-end leads, time is running out fast.

Until a chance encounter with a mysterious woman sets his instincts on alert and his heart into overdrive. He’s sure the seductive and lethal Latifah holds the answers to his quest. But, how low is he ready to fall to rescue the princess and redeem himself?

Sweet with a little heat. Like the best North Carolina barbeque from back in the day.

He’s all set to pop the question but an old flame and a bossy aunt stand in the way. Is this one rejection too many or can she show him that there is hope at the end of this test of their love?

If you like your sweet Southern romance novels mixed with a little heat then you need to try this story. 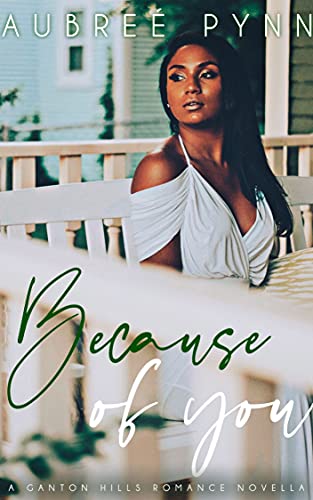