Hey Girl! Check out these new releases from December 7th-13th.

Unwrapping Your Love: The Gift by Monica Walters

Presley Bowman’s moment of reckoning has left her speechless. The life she has come to love and bask in has all been a lie and now she’s forced to pick up the pieces and start over. Not to be defeated, she accepts the government assistance she needs to take care of herself and her five-year-old son. Life is hard, but she’s trying to be optimistic, knowing that things have to get better. Learning who she is and making changes within has been her focus even though her confidence is starting to dwindle. She’s stuck in a job that she hates and is working as much overtime as possible to afford to give her baby a great Christmas. But it consumes her energy, leaving nothing to share with her greatest joy. As fate would have it, she meets Santa at her son’s school and soon learns that he has a gift to share with her as well.

Being a single parent has come natural to Josiah Lavan. He’s his son’s everything and that’s just fine for him. Dealing with his baby mama is a headache most days and he wouldn’t be angry if he never heard from her again. His career as the athletic director at a high school is the position he’s longed for and he plans to do everything in his power to keep it. Volunteering as a little league coach is his greatest joy, because he enjoys being a role model to young boys and helping parents with their guidance. He had everything he desired except love. But that fateful meeting at his son’s school proves that he would soon have the very thing he craved.

Instant attraction between Josiah and Presley evokes different reactions. While Josiah is ready, Presley is fighting it. Can Josiah convince her that she’s ready for love again or will Presley continue to push Josiah out of her life just as quickly as he came in?

Feeding hungry patrons delicious and tantalizing meals is Danielle’s forte, but when Cameron Townsend comes to her supper club with more than an appetite for her legendary shrimp and grits, she has to decide what portions of herself she’s ready to serve up. He wants every bite.

The Sweet Spot Shorts are all about quick, hot, romance that knocks each couple off their feet because love & desire must have their way. ♥

For more information on the Sweet Spot Shorts, visit ajathewriter.com.

Relationship experts say, “Never compare your new relationship to your old relationship because the same love never happens twice…”
Feeling fulfilled spending most of his free time underwater, Dale Brock is also a great father and technology guru.
After being stuck in a meaningless marriage for years, he divorces and moves to the east coast, and reconnects with an old scuba diving friend, Didi Kimbo.
Phenomenal entrepreneur and widow Diane ‘DiDi’ Kimbo has not been in a meaningful relationship since the death of her husband. Being swept up in a tidal wave of passion during a scuba diving trip makes her remember what she’s been missing.
Will Dale be able to let go of the trauma from his failed marriage and let DiDi love him? Will DiDi stop living in her perfect past and let Dale love her? Dive into the deep end with Dale and DiDi as they wade through the tumultuous waters of life to get to their happily ever after.

Remy Jones knows she needs to change her promiscuous behavior. And she will…after this final weekend. A weekend that has her regretting her decision when a business investment quickly sours upon meeting a potential investor. The only thing standing between Remy and her dreams is the face behind the hook-up from her wild weekend.

Caden Miller doesn’t trust women. If they’re not playing games, then they’re trying to get into his pockets. Maintaining his focus on his business is the only thing that keeps him strong. But he finds himself rethinking his stance on not mixing business with pleasure when his weekend tryst stirs up feelings that he’s never experienced.

After Remy gives Caden something he can feel, he realizes that he’s just the man for her. But when a bad decision comes back to haunt Caden, he finds Remy slipping through his fingers again. It won’t be easy for Remy or Caden to navigate the circumstances of their initial meeting to get to the heart of the matter.

He’s searching for peace and so is she.
After Ryan moves next door to Aren, everything they’re trying to avoid is pulling them closer.
Can they fix each other’s crown or will pride get in the way?
Find out in Purple.

The last thing Keaton wants is to be stuck in the small town his father owns for the holidays.
The only thing he detests more than Christmas,
is small towns that make a big deal over the holiday.
Especially a holiday he associates with his mother’s death.
Keaton plans to get rid of his father’s investment as quickly as possible,
but what he doesn’t expect is to get tangled in tinsel with the beautiful Harper—A feisty little baker who is determined to push his limits.
Harper wants nothing more than to make her bakery, Mistletoe Wishes, a successful franchise.
She’s worked hard to get to where she is today and isn’t about to let anything—or anyone— stand in her way.
With relationships and romance being at the bottom of her list,
Harper finds herself in unfamiliar territory when she meets the sexy Keaton Snow.
His aversion and distaste for Christmas and her home town are the only things she doesn’t find attractive about him.

Will Keaton open up his heart to Harper and let the joy of the season, and promise of a future, deter his plans to sell the town he grew up resenting?

A Baker for Christmas by J.D. Parks

She’s not in the holiday spirit…He can change that…Desperate to save her father’s bakery, Jasmine Shaw has one Christmas wish: a new baker who can help continue her father’s legacy. But when Mekhi Baker strolls into her life, she realizes that he may be more than she prayed for, as the bakery isn’t the only thing hanging in the balance. Suddenly, her heart is on the menu, too. Although Jasmine fears that her unusual childhood may have rendered her unlovable, she will have to reevaluate the importance of faith, family, and forgiveness to experience genuine love and a Christmas like no other.

The last time sisters, Chelsea, Cynthia, and Chastity saw each other was Thanksgiving last year. Food wasn’t the only thing being passed around the dinner table. Lies and secrets were exposed, hearts were broken, and the already fragile relationship between the sisters was irretrievably broken.
Now, a year later, Chelsea is ready to try and mend the relationship with her sisters. Covid-19 has given them all the excuse they needed to avoid each other, but with Christmas coming up, Chelsea hopes she can bring her sisters together to reconcile. A year has passed, and tempers have cooled. What could possibly go wrong?

If short stories aren’t your thing, Nako has over sixty other books to choose from that are full-length.
Text NAKOEXPO to 22828 to be notified of her next release.

Trinity was not in the Christmas spirit, at all. She was raising two small kids alone and working at a busy department store. Trinity reluctantly agreed to go back home to Queens to spend Christmas with her family.

This is her first time back home since she left for college, and her daughters’ first time in Queens. Trinity’s relationship with her mother is strained, and she hoped this trip could get them back to a loving mother and daughter relationship.

Trinity meets Elijah, and suddenly, her closed heart is wide open again. Falling for a man was the last thing Trinity expected to do. She has a choice to make… Will Trinity take a chance, and choose love?

Apple of My Eye: Love in New York by Vivian Fox

When Yvette moved to New York she had big plans to make it in the city. What she didn’t expect was to meet someone so soon after her failed engagement.

Jemarcus had never met a woman so passive and soft spoken in all his life. While it was new for him to meet someone so true to them self in what they loved, he couldn’t help but wonder if she had the heart to tell him to stop if she wanted to.

The ladies of Building 4010 are back for a special edition surrounded around a table.
Enjoy their version of Friendsgiving.
Must read Living Single first.

As childhood friends get together to celebrate Christmas, secrets are exposed and relationships are put to the test.

This is a short story. Keyword short. Enjoy and Merry Christmas!

Desire To Be Loved by Danyel Baker

Nina fell in love with her childhood best friend, James. He was there for her when her best friend Ebony and the father of her child was not.

Every time it seems like Nina has found a man to share her life with, James always pops back up in the picture.

She feels like James is her soulmate, and she is willing to risk her family to be with him.

The Fall: A Novelette by Saralynn Augustine

Nina struggles with ending her relationship with her fiancé, Monroe. After two years together, the pair have grown distant over the last six months. When her best friend, Cole, comes to town, Nina is forced to accept the true source of her unhappiness and address her relationship insecurities head on. As her relationship falls apart, Nina realizes that the love she seeks has been there all along.

Soon As I Get Home by Iliyah Berry

Soon as I get home … IT’S SOME BULL SHIT!
Summer McKinley is coming home for the holidays. It has been two years since she left New York City to attend the film academy for Photography. While things have been great in the city, she is overly excited to come home to her family who gives good food and real love.
While coming home starts off with Summer feeling refreshed and loved, she soon learns that things back home have not been so great. As secrets unfold and tension arises, can the family learn to get passed the obstacles that were meant to destroy their home?
Grow a connection with the McKinley family as they share parts of themselves that you will love and connect with. Their family is unlike any other. Enjoy a quick and fun read.
Happy Holidays!

If there any new releases that we missed, feel free to send them our way and we will add them ASAP! 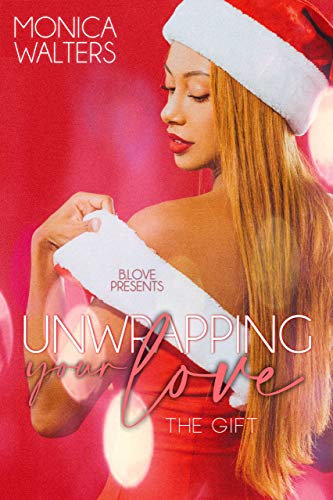