Hey Girl! Check out these new releases from February 4th-10th.

Something Blue? Something New? (Something About Love Series Book 3) by Marlee Rae

What happens when a perfect woman meets an imperfect man? Janae has her world in the palms of her hands enjoying life. She’s beautiful, has a great career, a loving family, and loyal friends. The only thing missing is true love filled with the passion she desires. Calvin is handsome, arrogant, and entitled, all of which he uses as a facade to cover his not so happy life. When he enters Janae’s world, she’s tasked with guiding him to becoming a new man or leaving him alone in misery. Voyage with Janae as she encounters the blue side of Calvin and the new side of Calvin.

My Love For You, Always by Aubreé Pynn

Is love worth it? That’s a question that has Kinsley’s mind spinning just months before her wedding to Jaxon. When an outside force threatens the very core of their relationship, Kinsley is worried that maybe marriage isn’t in their cards.

While Kinsley is navigating through the what ifs of love, Damien has his own vice. Will he ever find love? After an avoidable distraction, Damien crashes into a bigger distraction, A’Myra Gray. She’s on the run and is looking for a sign to stop. Falling in love with Damien and getting consumed by his plan wasn’t her plan. But Damien’s trance is one she can’t shake herself out of. With the fear of her past haunting her, she attempts to pull herself away from him, but Damien’s love refuses to let her go.

With the clock winding down until the “I do’s” and Damien’s flame for A’Myra growing, will love win? Or will the uncontrollable forces derail the couples for good?

Find out in My Love for You, Always!

Monica had her list of attractions—big and tall, so he could pick her up and hold her against the wall.

Her attractions were just for her fantasies though, because she had no time for meeting guys, or dating, definitely not a relationship.

But love doesn’t always come as we expect it.

For Monica, it definitely didn’t.

Nick wasn’t big and tall. But he was worthy of all her fantasies.

He served her a glass of wine, and an eyeful of attraction. He believed in balance, all work and no play made for a meaningless life.

Could he convince her that you make time for what you want in life—especially love?

This book is intended for mature audiences
BUY HERE

Our Secret to Keep: An Introduction (Irrefutable Love Book 3) by A. Jones

Secrets…do you have them? Keep them from the ones you love most?

Amani Grant and Kade Victor are no strangers to secrets. In fact, they’ve kept one for the last eleven years. But… the problem with secrets is that the longer you try to keep them… the harder it becomes to maintain them.

In this introduction, we meet these two characters.

Kade Victor, a hero, a soldier, but emotionally wounded man. Amani Grant, a natural lover, giver, desperate for a love she can call her own.

‘Our Secret to Keep: An Introduction’ follows these two complicated lovers as they navigate through their feelings and their pasts. So many questions will arise and very few will be answered, except for one – when it comes to love, is there such a thing as waiting too long?

He Who Finds a Wife 3: Nylah’s Story (Finding Love Series) by Kia Summers

Fifteen years of marriage is something to proud of for Nylah “Mama Bear”. She could never imagine life without Darius. He’s her one and only and intends to keep it that way.

On the eve of their renewal ceremony, someone from Darius’s past – a “groupie” from his law school days – makes an appearance, hoping to grab her former classmate’s attention and, hopefully, capture his heart.

Lucky for Nylah, her longtime friends are a step ahead of the vixen and immediately jump into action to keep this information from their friend before things get ugly.

Will their combined faith and ingenuity help keep trouble at bay or will one wrong move destroy years of wedding bliss? See what happens in He Who Finds A Wife 3: Nylah’s Story

Before I Fall (Moore Friends) by Celeste Granger

Sanaa Chase, high-powered stock trader, had never been one to settle down, preferring to live life on the edge, committing only to making herself happy. The last few failed relationships scarred Sanaa in such a way that she didn’t even share the depth of her pain with her best friend, although she trusted their friendship implicitly.
Kingston Wells, timber magnate, and philanthropist was an astute businessman with a generous heart. A chance encounter with Sanaa Chase did more than pique Kingston’s curiosity. He was traditional. Kingston desired to pursue her, to get to know Sanaa, and woo her.
She was resistant. He was convincing. Could Sanaa be swayed?

Before I Fall is a short story with a happy for now!

Lost To Be Found By Love by LaVonda

Stephanie is the definition of an independent woman. Her career is going well and she has everything she needs. The only thing missing is a man, but with the way her last relationship ended, she’s not open to starting a new one. All she wants is someone to beat it up and move on. She has three rules: He can’t know where she lives, she won’t stay the night at his house, and the cardinal rule, no falling in love. When her friend introduces her to online dating, she may think to alter those rules, but when another man vies for her attention, will all her rules go out the window?

Sage has lived a life most people would call reckless. She has her own law firm, and on the outside, appears to have it all together. Looks can be deceiving. When her relationship with the narcissistic Kimmie comes to an end, she must decide if the life she was living is what she wanted or what he wanted. With a new love threatening to challenge her warped morals, she has to do some introspection and determine if she’s worthy of love.

Both women are lost in their past hurts and desires. Can they be found by love?

A follow up to On Pointe and Her New Groove…

She’s used to baring it all . . . but baring her heart is a whole different story.

Down on her luck and broke, Jennifer Dudley long ago traded dancing in the chorus line for swinging from a stripper pole to make ends meet. She’s hoping an offer to come back home and teach dance at her old performance academy will be the opportunity she needs to fix her life. When she moves in with—and falls for—a fine software developer with brains and a boyish smile, she decides she might be well on her way to a second chance at success—and love. But her X-rated past may come back to haunt her, compromising her newfound happiness and hurting the ones she loves the most.

I’ve been in love with you since the first time I saw you.” – Ashad

Demetria McKinney never imagined she would find a true love to call her own. After the consequences of her actions hit her like a ton of bricks, Demetria had no choice but to move on from past lovers who never belonged to her. Embarking a man who was oblivious to her past trauma and chaotic actions, she tries to move forward with a clean slate until those from her past threaten to expose her hidden secrets. Will Ashad, the only man who’d chosen her to be his one and only, run due to her past misfortunes? Or will he step up and accept Demetria’s growth?

In Secrets Unveiled, you will receive Demetria’s side of the story and discover if her efforts will gain her the man who chose her first. 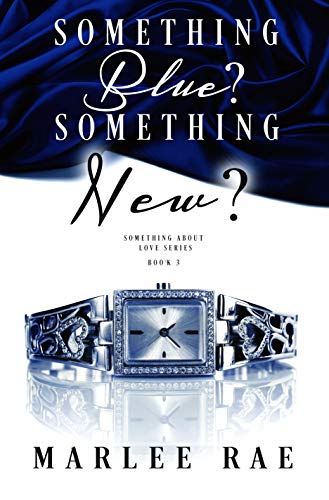