Hey Girl! Check out these new releases from January 10th-16th.

Jux and Serenity found the answers to their problems in one another. Now all they have to do is make their marriage of convenience look real and adhere to the terms of their agreement without falling in love in the process. Serenity can’t afford another heartbreak so she is determined to keep her eyes on the prize, her feelings in check and their marriage strictly business.

Jux can’t deny his attraction to his new wife. The more he gets to know her and explore her body, his guard lowers along with his resolve to keep her at arms length. Will the heated days and steamy nights on the island cause a change of heart? Or will Serenity uphold her New Year’s resolution to cut him and her feelings off before the ball drops?

The New Year Resolution: a short story by D. Rose

Lori Woods had completed all of her new year resolutions except one, the most spontaneous one of them all; to go on a blind date. With the help of her best friend, Lori was set up on a date with Karter Reid. Karter was the one man her heart couldn’t escape, no matter how hard she fought it. After years of inopportune timing and failed communication, Karter is determined to make 2021 the last year they spend apart.

note: this is a short story of approximately 8k words.

Episode three follows Rosan Drury as he rediscovers the things he cherished most about his hometown. After six years away, the places and faces he kept tucked away in the recesses of his mind have manifested. An encounter with the one that got away leaves him questioning his existence and measuring timelines in heartaches and mistakes. A series of heartfelt events proves that family is more than a bloodline, it’s a lifeline.

During the three-day weekend honoring Martin Luther King Jr., Kiana had a dream. And oh… it was a good one! But when things don’t go as planned, can she still make her dream a reality?

Sparks Will Fly by Genesis Woods

When Layanni Pruitt accepted a work assignment in New York to be closer to her boyfriend for the holidays, she didn’t anticipate spending a majority of her paid vacation alone. Tommy’s unwillingness to make her a priority or spare just a few hours out of his day to see her forces Layanni to face the ugly truth regarding their long distance relationship.

The new year is approaching and unbeknownst to Layanni, there is new love on the horizon for her, but only if she chooses to throw caution to the wind and is open to exploring the connection that she can’t seem to shake between her and an unlikely suitor. Sparks will surely fly but will Layanni choose the path that leads to a happily ever after or will she remain stuck in a one sided relationship that will ultimately have her heart in shambles?

Countdown to My Love by Indigo

Celebrating the holiday brings on new memories for Amelle and Sutton. Forced to go out, Amelle tries to make the best of it when Sutton enters the room and steals the show. It doesn’t take long for their budding interest to grow, but what happens when one ghosts the other?

Amelle and Sutton are on a quick yet slow-paced ride to love, but it’s not without speed bumps. Counting down to the new year is a favorite for a lot of people, yet when it brings newfound relationships with complicated people, what happens next?

Three attractive, modern, and educated African American girlfriends living in the inner-city of Detroit have finally entered adulthood. These sistas are now confronting the tumultuous challenges of life as they find themselves heading in differing paths ahead. Tanisha is sophisticated, grounded, and completely focused on marriage and family, while Alexandra is very happily single, independent, and solely career driven. Naomi, the latest addition to the friendship circle, brings along with her the excitement of her carefree and promiscuous lifestyle, which consumes the greatest attention and vicarious excitement from this trio.

But when Tanisha goes away on a business trip, the trust and fortitude of their bond is greatly challenged when opportunity and weakness collide in an unimaginable and scandalous way. Can this relationship recover from the most unforgiveable secret? Will apologies be enough for forgiveness?

Betrayal, distrust, and an uncertain redemption create the heartbeat of this enduring story of a maturing sisterhood.

The Abbas’ 2 by L’Amour Coulture

As the Abbas’ prepare for the dreadful day, everyone copes in their own way from the significant loss.
Blythe takes it upon herself to handle the arrangements. Not able to focus on anything or anyone else but her family, she puts Kardash on the back burner. But when she and Sa’id can’t seem to stop clashing, they both run in separate directions to forbidden territory.

Ali tries to keep a level head but cannot see clearly past the love that has resurfaced for Briony. Wanting his first love back is at an all-time high when he lay eyes on his newborn babies. His desire for his fiancée becomes clouded, causing Asalah to be wrapped in confusion about where they stand.

Munah ended the relationship with Sal and set her eyes on the two new men of Ali’s crew. Still, only one pursues her in a way that resonates with what she felt within. Connecting with the one who chooses her, Munah gradually starts to view life through a new pair of lenses, feeling the sky is the limit.

Sa’id gives himself a reality check and realizes that he loves his wife more than anything. When Blythe breaks the news that he had been longing for, everything seems to be falling in place. He starts to come around, but everything is not what it appear to be as hidden truths linger in the balance.

When the Clock Strikes Twelve by Mona Mack

Ashley West planned on spending New Year’s Eve curled up with a good book and a bottle of her favorite wine. When her best friend, Kayla, convinces her to attend their boss’ holiday party, she reluctantly accepts the offer. Ashley is just there because her friend forced her to go. She planned to go to the party, have a few drinks, and bring in the new year with her best friend.

However, fate had other plans for her. When her ex-boyfriend shows up at the party, Ashley must pull her emotions together and decide whether to leave or stay. She vowed not to start the new year off with baggage from the past, but what will happen when the clock strikes twelve?

This New Year’s Eve novelette is just the beginning of a holiday series that will have you hooked.

A Better Love by Tatum James

Up and coming female rapper, Tenille McKnight, has everything a girl could ever want; the looks, the money, and her dream career. She also has some big secrets, including an undercover drug addiction. When her deep dark secret comes to the surface, Tenille must put her career on hold to take care of herself.

Kente Elliot is a successful journalist. After the tragic loss of his wife and daughter in a car accident almost 3 years ago, Kente took a hiatus for his journalism career, living in a shell of himself on his savings. When his family holds an intervention, Kente readily agrees to go to rehab.

The two ships pass in the night and they hate each other. She thinks he’s an angry drunk, he thinks she’s a spoiled bitch. When her rhythm meets his blues, magic happens. Could their story be the greatest love song ever?

**If you read the Men of Mafia St. Clair series then none of this is new to you.

All I’ve ever cared about was being the type of man that God has called me to be, and having a woman in my life who will love me unconditionally.

Then I Found her.

She’s the prettiest woman I’ve ever laid eyes on, and the fact that she has those two darling little girls is enough to make me stake claim on all three of them.

Now, she thinks her full-figured body, and the nut she used to be married to, is enough to run me away. What she doesn’t understand is I love me a woman who I have to use every ounce of my strength to hold onto and I’m trained and equipped for any fight…spiritual or physical.

In my mind, you ain’t a lady if you aren’t at least one-eighty and when you snooze, you lose.

I’m okay with her hiding behind her feelings to keep me from loving every ounce of her, but what I’m not doing is going anywhere.

She can teach as much Sunday school as she likes and go to every service she can find between Keatchie and Frierson, but I’ll be waiting until she understands that whether willingly or by chance, I’m a part of her life that isn’t afraid to love all of her, and I’m not going anywhere because she’s been Found.

When Love Rescued Me : A Standalone Novel by DeeAnn

Two hearts risking it all for the name of love…

Saiya Austin is a twenty-seven-year-old woman who comes from a wealthy family, so her preference in men are ones up to her father’s standards—black billionaires in suits and ties. At one of her father’s events, she meets a man by the name of Meek, and he immediately swoons her. Little does she know, all of Meek’s efforts are for his own good. His loving ways disguises the controlling, abusive man he truly is, and Saiya doesn’t find out until it is too late. After a year of being isolated from the outside world and people who love her, Saiya decides to risk it all and run, not knowing she’ll run right into the arms of Kano.

Kano Silver is a thirty-one-year-old man who lives in the streets of Chicago. He’s used to grinding, doing whatever is necessary to survive for himself and his younger sister who he’s been caring for since she was three. Not usually the one to wear his heart on his sleeve, he quickly learns that Saiya becomes a weak spot for him. Being in the streets, he’s learned that life takes advantage of people’s weakness, so he keeps his sister and Saiya close to his heart. He’ll quickly learn that the heart isn’t always the safest place. 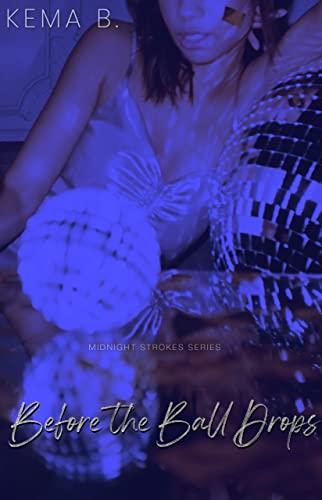