Hey Girl! Check out these new releases from January 18th-24th.

All Adalyn Russell ever wanted was a happily ever after. And at one point in time, she would do whatever it took to get that by any means necessary. Until whatever it took turned into a nightmare that almost took her life. She realized what she thought she wanted was toxic, and what she did want was staring her right in the face.

Waze Whitmoore always believed that when the right woman came along, he would know. And he was right because from the moment he met Adalyn, he knew that eventually she would be his. And she was.

With Waze, Adalyn had found her Prince Charming.

But it’s when you have everything you think you could have ever wanted, that your past comes back and threatens to ruin everything.
.
.
.
.
Each book in the Four Letter Word Series is a standalone but the books are meant to be read in order as the first three books take place during the same time unless you don’t mind mini spoilers from the other books. Book four, The Ways of Love, takes place a year after the first three.

TWOL can stand fully on its on but, it is still recommended to read book two, A Toxic Kind of Love, prior as the main characters of this book first appeared there.

Damaged Intentions: The Soul of a Thug by Monica Walters

Trying to be there for someone that refuses to do right can be difficult and taxing on the mental. Kema Richardson Semien understands this predicament well, because the love of her entire life has put her in the middle of it. After dating in high school and breaking up due to Philly’s involvement with drugs, Kema decides to focus on her rodeo career, not giving another man a second look. When Philly enters her life again over ten years later, it’s because his brother had married one of her best friends. Convincing her he’d left the streets behind and was now the owner of a successful mechanic shop, she succumbs to how she still feels for him and gives him a second chance.

Philly Semien has been the local supplier for years and as his street pharmacy expanded its reach, he knew that he was in the position to take over all of Southeast Texas. However, the one thing he wanted was to have Kema Richardson. He vowed that he would do whatever he had to do to get her, including fabricating stories to deceive her. When his truth is discovered, Philly doesn’t know which way to turn. He knows that he was wrong for lying to his only love, but he didn’t know how to run the streets and give her what she wanted. There wasn’t room for both, especially since the life and Kema were like oil and water. His heart was begging for her forgiveness, but it was also longing for that adrenaline rush he got from the fast money the drug game offered.

Kema loves Philly with everything in her, but she knows she can’t continue on the path they were on. Philly had deceived her and had betrayed her love in the process. Philly realizes that life just isn’t worth living without Kema, but will he be able to convince her that his intentions are pure?

His toxic moth.
Her broken flame.
Both burned by an unquenchable desire.

Two troubled souls meet during the New Year’s upcoming celebration in the city that never sleeps. Experiencing each other in its fullness for two whole days awakened needs and wants that weren’t for the weak-hearted. The beats of their in synced hearts choreographing them into a tune made only for two. A whirlwind of emotions dancing alongside them. Orchestrating their steps of uncertainty into steps of possibilities.

Desperation clutched them by the throat. Leaving them lying in puddles of vulnerable passions gasping for air.

He marked her.
She made sure she’d live in his mind as a hallucination.

Why was he set on ruining her?
How did she expect him to walk away?

The Pieces of Her by Erika B.

Sophia Jenson’s heart was convinced she’d spend the rest of her life with her boyfriend and their son. Yet, after thirteen years of loving the same man, she finds heartbreak standing in the middle of her living room. With the ache of betrayal pounding through her chest, and rivers of disbelief streaming from her eyes, Sophia yearns for a way to numb her pain. She takes a step out of character and into the arms of someone she would’ve never imagined sharing her bed with. Being bad comes with its challenges but none more than how good it feels.

Blake Madison is always ten toes down. A reliable friend, he’s the one to count on when things were unraveling. Never before too hung up on love, one night leads him to believe in the possibility of someone explicitly made for him. However, the woman of his affection is shuffling through heartbreak. What’s clear to Blake looks like muddy water in the face of tears. Fighting his feelings is a must except when his body is involved, it’s almost impossible.

Will this one night be the assurance Sophia needs to get over the past? Or will a friendship meant to last, melt away between the sheets?

Although Gina Badu is a good girl all-year-round, she knows her Christmas wish will never come true. Not with a recent divorce, late parents and a sister who courts trouble.

Then Santa abducts her in the middle of the night. Except this Santa is terrible—a silver fox of a tattooed fallen angel.

Osagie Peters is a ruthless, cartel boss whose dark soul threatens to consume her. He scares her as much as he fascinates her. It seems he’s got her on the naughty list. Still, there’s a chance she might have a Merry Christmas after all.

Worth the Wait: A Novella by B. Moni

Growing up together, Kierra Baker witnessed playboy Malik Ellis before he became the man he is today. A lawyer now and freshly divorced, Malik is the last thing on Kierra’s mind as she tries to venture through this new route of life. But after he appears at her surprise birthday party, one thing leads to another and soon, Malik is fighting hard to prove that he’s not the man she thinks she knows. Guarded and convinced that all love produces is pain, Kierra isn’t going for it and wants no parts. Will he be able to break down the walls that have been so securely put up?

Malik never claimed to be perfect and after a really bad breakup leaves him heartbroken, casual hookups became his thing just to feel something. So when things take an unexpected turn with Kierra, he’s not surprised that he wants her. What surprises him is how far he’s willing to go to secure her spot in his life. But will the strong, handsome Malik fight enough to win his ultimate prize?

Amethyst and Eternity’s worlds continue to collide and intertwine as love draws them closer to one another. They have both decided to effortlessly surrender to the greatness that is their love. It feels right, but things seemingly keep getting in the way of them living life the way they truly want to with each other. Can their love withstand the tests of time?

The Last Letter by A.A. Lewis

The Last Letter
Vows are never meant to be broken. But what happens when life deals you a hand that you are not prepared to play.
Tracy and Derrick Montgomery were the epitome of a modern-day power couple. They had it all, the house, the careers and a marriage most everyone envied. Then one day, without warning, everything changed.
What happens when love is not enough to conquer all? How do you fight for your marriage when the enemy is something you cannot see? How can one learn to forgive their spouse when your past and future collide unexpectedly?
Tracy Montgomery is about to find out the answers to these questions and more. Tracy’s journey will force her to confront her own demons, and hopefully, lead her on a path of healing, love and forgiveness.

Malika Hunter doesn’t know if she’ll ever figure it out. At 30 she’s bounced around from job to job, living situation to living situation, and in and out of a relationship with her longtime boyfriend, Channing. On a mild Friday in May, she receives one dose of life-changing news after another that will redirect the course of the rest of her year. What will happen when every piece of her world collides?

Until We Get It Right by Crystal Collier

Certified loctician and salon owner, Nani Sanchez, is good without love. After parting ways with her high school sweetheart, she has decided relationships are not for her. Instead, she’ll fulfill her physical needs with whomever she chooses, whenever she chooses, and always on her terms. However, when her old flame reignites her fire, letting go takes on a whole new meaning.

Romello Malone is a serial entrepreneur. With several businesses under his belt, and being a present father, he has little time to entertain dating. Yet, when he reconnects with the one he let get away, time becomes still and his love is certain. If only he could find a way to mend her heart, especially when he was the one to break it.

Will Romello be given a second chance at love? Can Nani forgive the man she’s worked to forget? Beneath the scabs, have the old wounds of their hearts healed or festered?

*NOVELLA*
Unlucky in love, Rue, a Philadelphia native, has given up on her happily ever after. It had been six years since her last relationship and over a year since the last time she went on a date, but a chance encounter with a handsome stranger threatens to change her outlook on love.
Much more focused on her career and her goals of opening her own spa, Rue doesn’t want to give Nunez a chance. All she can see is a handsome face that would come with much drama. Will she give in to the magnetic attraction that she feels for the mystery man, or will she continue to live her life in fear? 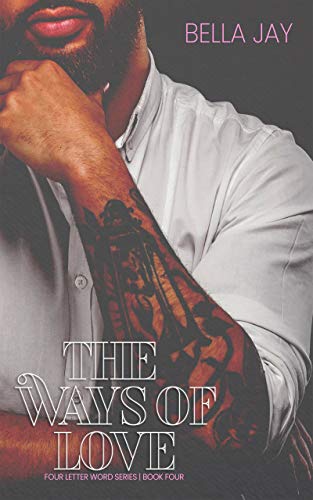