An irresistible encounter in the forest of Charlotte, North Carolina, turns into Nicole Franklin’s deepest desires.

Nathaniel Rhodes has been trying to navigate life in his new identity. After taking a dip back into who he used to be as Kai Booker, he quickly realizes that isn’t what’s best. While obsessing over his love lost, he runs into a beautiful bartender that steals his attention. After spending time with her, he knows that she’s special and could possibly be the woman for him, despite the turmoil he’d previously been in. However, situations arise that make it difficult to pursue the aura that he no longer wants to do without.

Kami Barnes knows what it’s like to be happy and living life with a beautiful family and have it all stripped away in the blink of an eye. After overcoming the heartbreak from her husband, who is also the father of her two children, she works herself tirelessly to provide for them. Without financial assistance from her ex, she lives from paycheck to paycheck, hoping that someday things will get better. When she meets Nathaniel Rhodes at her place of employment, she feels things she hadn’t felt in a long time for a man and dives in headfirst. However, when secrets are divulged, she’s worried that she made a mistake by getting involved at all.

Life altering events occur, and Nathaniel and Kami have a tough time travelling through the troubled waters. Their relationship has come with a cost that Kami isn’t sure she wants to pay. Will she give it her last dollar, or will she tap out just in time?

Prowl and Error by Wynta Tyme

Meet the gang; Wynn, Daena, Kaiman, and Teion. They’ve been thick as thieves since the third grade and blood couldn’t make them closer. While time seemed to sail by, friendship turned into love, and lust morphed into infatuation.

Unbeknownst to the gang, the sins of their parent’s past have created a prowler that’s willing to do anything he can to obtain his heart’s desires; including kill.

On the night deemed as a rite of passage for teenagers, tragedy is struck. Leaving everyone wheeling, friendships torn, and lovers scorned. Buckle up, because this two part series is about to take you on one tumultuous exploration through love, prowling, and infatuation

Nicolette Mercy is a marketing goddess, lending her talents to her family’s company Mercy Beauty & Wellness. Nicolette wants to be more than just the marketing guru though, she wants to one day be leading the global empire. She is dedicated, committed, and driven to prove her ability — but that leaves her with little time for much else in her life.

Christopher Baxter is an environmentalist with one mission, to save Rolling Hills from the damaging effects of irresponsible companies. He’s unwavering when it comes to rejecting plans, disguised as a savior for the city’s economy, and the mayor who is trying to push them. Although he’s busy saving the city — he has all the time in the world for his on again – off again girlfriend.

Can Nicolette find the balance she needs to make their relationship work? For good this time?

Always Be My Maybe by Malay Reneé

Stop expecting you from other people – a hard lesson Jahcin Manning has come to face. When it comes to the men he calls his friends, Jahcin’s loyalty to them is unmatched. The idea of crossing them is far from his mind and deemed unacceptable… Until a rare opportunity presents itself and Jahcin finds himself stuck between doing what looks right versus what feels right.

M’siya Newsome has always been a mom first and wife second. She’s always putting herself on the back burner when it comes to her family. After an unexpected divorce, M’siya finds herself in a position where only she matters. She finds herself going up against something society deems uncanny, and for once she doesn’t care what the world has to say about her.

With boundaries crossed, loyalties questioned, and true happiness being on the line, can Jahcin and M’siya achieve a love they so badly desire, or will the world around them tear them to pieces? Sometimes, your future husband might be your boyfriend’s best friend, but who can be the true judge of that?

The Pride of the Lalune follows a werewolf warrior princess who is the sole heir to the throne of the largest wolfpack in Haiti. Eva Jean Pierre’s livelihood is threatened when a rogue wolf born to a vodou priest is prophesied to take, claim and mate her as his own to become king. In order to save her life and the lives of her family and pack, she must travel to the US and solicit the help of Alpha Ethan Black – the newly appointed alpha of their Miami settlement, chosen by her father based on qualifications as opposed to birthright.

Can two headstrong wolves learn to work together to insure that the dark forces won’t prevail, or will their preconceived notions of one another destroy them before they ever meet?

*****This story is for mature audiences and contains story lines that are graphic, violent and sexual in nature.*****

A Little While Longer by Ashley

It took a single moment for Juvia Smith’s once perfect and happy life to be altered. Left to pick up the pieces, she finds herself sinking in the aftermath of her trauma, unsure of what the future holds for her. A single act of kindness from a stranger by the name of Desmond Jones offers her not only a new perspective into her plight but a fresh start as well.

No Ordinary Forgiveness: A Christian Romance Novel (Beyond Ordinary Book 1) by Taretha Jones

No one really wants to be alone in the world. That’s what thirty-something Lisa realizes when she loses her mother. Seeing that she’s an only child, whose father walked out on her when she was a toddler, she often feels like it’s just her and God. When she meets handsome and single Tyrone Blake, their attraction to each other is almost instantaneous. Tyrone loves God’s word and so does Lisa. In fact, she’s a woman after God’s own heart. But nobody’s perfect — not even Lisa — which becomes brutally evident when a secret Tyrone’s carrying almost tears Lisa’s world apart. In the end, will Lisa’s quest for holiness, her love for God be the vehicle to all the love she’s been searching for?

Save Me For You by Tisha Andrews

When life leaves you loveless, you decide not to invest in anything other than what you can control.

To Dr. Gymani Chandler, that’s sex with no expectations nor any strings attached. That is until one man, her superior, Chief Harrison Yukon, decides that he desires to have that and more. Determined to only focus on saving lives in a fast-paced emergency room, Gymani forges ahead with hopes that Harrison will move on. That should be pretty simple, especially since he’s engaged to another woman—Dr. Samantha Adler.

Gideon “Switch” Thomas, an entrepreneur that owns his own lock and security installation company, has no interest in settling down. After almost losing his life to the streets, his only priority is being a provider for his mother, siblings and daughter. An unfortunate incident occurs, leaving his younger brother’s basketball career hanging on a limb. Gymani and Switch soon learn that what they both are unwilling to submit to is the one thing that brings them together—that’s the need and desire to experience true love.

Yasmine Brown started her day out like she normally does, except for a little robbery at her family’s flower shop. No biggie, right? She just thanks God she lives to tell the story another day. Only another day, the next day to be exact, is much different than she expected.

How did she wake up with a totally different life?Note: This is a very hypothetical situation (aka very fake) of “what if” that’s colored with imperfection, love, inspiration and family.

New church member, Talisa Daniel, doesn’t know what she’s in for on the singles’ ministry cruise. She and another woman vie for attention from their pastor’s son. Although he reveals who he’s interested in, things get complicated after disembarkation. Talisa learns that the minister of music, who is a childhood friend of the pastor’s son, likes her.

Talisa uses her faith, inner strength and even her nosy but loving mother’s guidance to maintain her character as she endures a full of drama journey to clarify the future she desires. She also manages to touch the lives of others in the process. After the dust settles, find out if either possible suitor can claim this talented, Christian woman as their sacred souvenir.

It Should Have Been You by Cheryl Barton

Karma:
Dr. Clayton Myers was never a believer in karma, but he did believe in fate. Both would soon collide and expose a secret that would impact the perfect life and relationship with the only woman he ever loved, but not the only woman he took to his bed. That revelation would put his life on a path he accepted while never forgetting what could have been.

Disappointment:
Dr. Donna Spencer had experienced one of the darkest days of her life at the hands of the man who made a promise of forever. She took the hit to her heart and realized nothing good lasts forever.

Fate:
After years of no contact, Clayton and Donna’s paths would cross again, forcing them to face the past where their love resided, while wondering what should have been and if they could find their way back to love again.

Author Laken Cross’s debut novel, Uber Intentions, is poised to blow up every book list beginning with “Best.” The editing’s complete, the cover’s delicious and the release date’s been set, until Laken’s slapped with a lawsuit claiming plagiarism…from former lover Knight Bradley.
Best-selling author Knight Bradley is poison with a pen. His wildly successful Consummating the Uber is proof of his prowess on the keyboard. Problem is, his secret ex’s new book reads just like his own – which he may have ignored, had he gotten over Laken breaking his prideful heart.
Will the former friends with benefits remain enemies, or will they reconcile…via Uber?

Gabriella was different.
She didn’t want my money. All she wanted was the one thing I was terrified to give…myself.

Now I have to go all in to win back the love of my life.

The Official Game : Let the Games Begin! by Cynthia Echols-Kimble

In this game, there’s only one decision a player can make when things get hot. Either stay with his current team and play the position he was hired for and take being benched for a while or head to another team. When Marcus succumbs to the temptations of the road, it turns his life into something that threatens to destroy the home team…HIS family.

Sydney has spent her whole life supporting her team, allowing the star (her husband, Marcus) to shine, while playing her position as the mother and wife. A personal foul by her husband sets up a pick that opens up the passing lane and she is tempted to expand the salary cap to make room for a walk on. It may mean leaving behind the only team she has ever known and loved.

The two will need to call a time out in order to strategize how to rebound their life when the opposing team keep blocking their shots. Can they both put aside their individual problems and make their lives work as partners should? Or will someone trade to a different team? 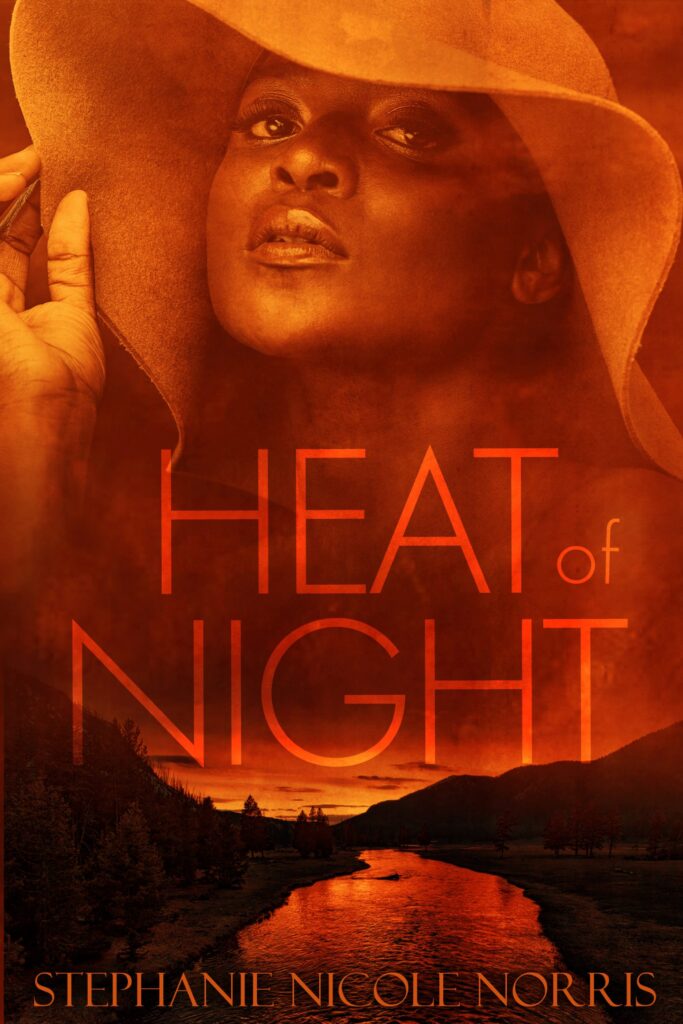 PrevPreviousCover Reveal – Epiphany – The Metamorphosis Series – Book One, by Bailey West
NextNew Release Spotlight – Save Me For You, by Tisha AndrewsNext