Hey Girl! Check out these new releases from July 4th-10th.

A Blind Encounter: A Maple Hills Novella by Tay Mo’Nae

When Valencia signed up for a blind date picnic, the last thing she expected was for Dakari West to make an appearance.

I met the love of my life when I was ten years old.

Ever since Talulla Evans walked up to me with her gap-toothed smile and told me her name means “princess”, I’ve been entranced.

For the last twenty years we’ve been there throughout each other’s storms. And somewhere along the line I fell in love. Deep in love.

There is nothing I wouldn’t do for her. Which is how I found myself caught up and agreeing to be her FWB, knowing I wanted more…needed more.

The problem is: Talulla isn’t looking for more. And I get that. She’s been burned more than once and isn’t trying to repeat the cycle. But it’s becoming harder to compartmentalize my feelings for her when all I want is everything when it comes to her.

Heart For Grabs by Jenay Balderas

One woman. Eight men. One complicated game show.
Sammy: It was a drunken dare. That’s it. There’s no way I would have thought things were going to turn out the way they did. He was annoying, rude, and just plain disrespectful. It was so hard just to sit through a date with him. But the longer he remained on the show, the more I started to see him. Once I stopped playing the game, and allowed things to happen the way they were meant to…… I realized there was a lot more to Monte Claire than I had given him credit for. And everything that he was, was exactly what I needed.
Monte: The truth is…. I just needed to find someone desperate enough to marry me so that I could have access to my inheritance. The game show was supposed to be an uncomplicated way for me to do that. But Sammy unhinged me the moment I laid eyes on her. Because she was perfect. In every way. And I couldn’t fight the force that pulled me to her. Things weren’t supposed to go this far. I was never supposed to fall in love with the girl that I met on a game show.

Hindu Jordan had it rough as a kid, and he was headed down the wrong path until Muhammad stepped in and saved him. After being introduced to a different way of living, Hindu is appreciative of the fact that he gets to be the saving grace for his brother Indie that Muhammad was for him. Hindu is walking a straight path but when it comes to riding for the ones that he loves, he’s always willing to turn his savage up. Hindu knows with playing the game can come consequences that he doesn’t want, but he’s willing to take the chance.

Kyla Davidson grew up with two loving parents that sometimes in her opinion, cared too much. Being rebellious and wanting to get out from under their thumb, caused Kyla to make numerous decisions that she would forever live to regret. Life is all about second chances, and she’s determined not to fumble hers. But how can she move forward with her life when crippling guilt and mind numbing grief haunt her every move? Kyla has every intention of getting her life on track with no distractions but when the sexy Hindu enters her world, plans get derailed.

When It Feels Like This (The Feel Good Series Book 1) by India T. Norfleet

Amiko Childs would be the first to openly admit that she wasn’t over her ex, Quan Briggs. Six years worth of time flew by, and she’s still trying to figure out exactly when and where accusations of wrongdoings took root. While attempts to get over him harbored moments of finding new love, Amiko’s heart still only longed for one man. When fate unexpectedly brings them back into each other’s lives, every feeling she’s ever felt for Quan returns, and Amiko wonders if a new beginning is in their future as she gets lost in the present. But when the past rears its ugly head once again, Amiko is left wondering if she should just leave well enough alone and hopes that her heart learns how to mend itself with time…JaQuan “Quan” Briggs has never stopped loving his ex, Amiko. Ending their relationship was one of the hardest days of his life, but he refused to be made a fool of or love a woman who wasn’t trying to reciprocate it. The years away from her left him in constant unrest. But he forced himself to move on with his life until the day she walked back in it. One minute, anger fuels him away from her and the next he can’t keep his hands off her. Before he knew it, he was falling all over again. Just when he feels he’s getting too loose with his heart around Amiko, the discovery of damaging revelations leaves him unsure of everything he thinks he wants. When parts of the past start to resurface, it becomes glaringly obvious that someone is trying desperately to keep something buried. Amid sex, lies, and jealousy, truths are revealed that could trump forgiveness and ultimately rewrite their futures forever.

Just when you think everything in life is flowing the way it needs to, a curve ball is thrown to cause havoc. Sometimes havoc is good though. It opens the doors for new interactions and connections.
Kween Yuller is a successful woman that has everything she wants. Her sisters are her biggest supporters, and her job loves the ground she walks on. Her everyday life consists of Geno Tech and caffeine.
Jelani Rhodes is a reformed felon that is focused on his daughter and the café his wife left behind. His world stopped when his wife died and now, he’s trying to move on with life. Melanated Café has a loyal customer that will help him move on indeed.
Sometimes we just need a distraction to help us cope with things. However, don’t let the distraction become the main focus.
BUY HERE

High Off His Love by Thee Tasha Marie

Chennai Montgomery is beautiful, smart and climbing her way up the corporate ladder. With everything going right in her life, her getting married at the end of the year is the icing on the cake. That is, until Chennai meets a thuggish, talented yet struggling musician and can’t deny the attraction no matter how hard she tries. Torn and confused, she battles her mind, her heart and her emotions.

Once up a lifetime, Lyfe Miller was your typical dope boy, selling drugs to survive. However, he’s always had what the other hood dudes lacked and that’s real talent. Struggling to overcome his past, Lyfe grinds hard to get a record deal and beat the odds stacked against him. And when his eye captures the beauty of a high maintenance, older woman, he can no longer picture his life without her.

As Chennai struggles to keep her picture perfect with her fiancé, Lyfe continues to serenade her with his sweet song all the while struggling with his own battles. Take a ride on this fast train and see how she becomes High Off His Love.

Unwrapping her hair was like exposing Zsanine’s soul. Zander had been determined to break down her guard from the moment he met Zsanine. She was a conundrum that mesmerized him. He was duplicitous, a complicated puzzle she desired to solve. They discover each other, their similarities and differences, their desires, and their yearnings. Passionate interplay of love and longing captivates their hearts until they beat as one. But when a forgotten enemy resurfaces, wreaking havoc and threatening their euphoria, Zander and Zsanine’s very existence is put in jeopardy.

Remington Stone and Brandi Rodrigues have been best friends for twenty five years. They’ve been with each other through everything.

From Brandi’s countless heartbreaks. To Remy losing his wife. There isn’t anything they wouldn’t do for one another.

So when Brandi seeks a sperm donor to father her child, Remy is the logical choice.

When Remy lost his wife, his heart died with her. In the seven years since her death he hasn’t allowed anyone in.

He’s as hard as stone when it comes to love. Nothing and no one can break through.

The problem is…Brandi is already inside.

When dormant feelings ignite he tries to extinguish them. He can’t fall for his best friend. Not when she was his wife’s best friend too.

It was supposed to be an arrangement between friends. But it may just led to something that was always meant to be.

For Julian Brooks, love is poetry, open mics often lead to late nights, and too much Vodka… went hand in hand with making bad decisions. While trying to let go of the woman who he thought would end up being his wife, he decides the bachelor life is a much simpler option. Afterall, who wants to keep getting their heart broken? One Saturday night after an open-mic changes everything for him when he lays his eyes on her; making his simple bachelor life… complicated.

Betrayal hurts worse when done by the ones you showed the most love to.

The saying couldn’t be truer for the Priest Brothers. In this finale, the three men learn more about
themselves than Duke could’ve ever taught them. While Krypt is figuring out who the woman
was that hit their stash spots, Khrome is learning what it really means to be a single parent. It
was never in his plans, especially this way. With a pending homicide case hovering over his
head, Kavalli promised to never let another woman catch him slipping. He didn’t care how solid
she seemed.

With secrets coming to light, relationships ending, and blood being shed, trusting those around
them become difficult. Discovering what it means to put it all on the line, can they thug every
obstacle out and keep their legacy alive? Or will trappin’ be the downfall of what they worked so
hard to build? Still Trappin’ Through The Snow has a cold journey to the conclusion, but BriAnn
Danae was sure to leave the heat on every page of this final installment and introduce you to a new set of characters you won’t forget. 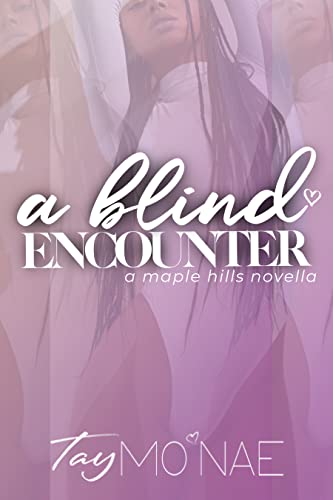 PrevPreviousAudiobook Spotlight – If Only for the Summer, by Alexandra Warren
NextNew Release Round-Up July 11th-17thNext