Hey Girl! Check out these new releases from July 11th-17th.

I Got You by Miss Jenesequa

“I got her and everything that comes with her. All the good, bad, and crazy, I’ll be taking. Anything she needs, consider it hers and with her in my life, I’ll forever be whole.” — Genesis Washington

Putting herself first is what Jordana Evans knows how to do best. She’s at the top of her game in her career and no longer haunted by memories of her past threatening to steal her joy. In her mind, being in love is a want, not a need and she’s convinced that she’ll be just fine without it. Having intimate relations with the opposite sex is something she’s willing to do for one night only. But then came along… him.

Being the son of a hood legend means absolutely nothing to Genesis Washington. His only priorities are taking care of the two people who have his heart – his sister and his nephew – and running the multimillion dollar company that keeps his pockets fat. Juggling love and business just never made sense to a man like him so he chose the latter. But crossing paths with Jordana Evans suddenly changes everything for him and she becomes the only woman he wants. And he isn’t the type of man who shies away from whatever he desires.

When Jordana and Genesis lay eyes on each other, they’re unable to fight off the feelings that form from their very first encounter. What starts off as a onetime thing quickly turns into an addiction neither of them can get enough of, but the pain of Jordana’s past has her determined to keep their new arrangement strictly between the sheets. Can Genesis truly be the one to ease Jordana’s heavily guarded heart or will family do more damage to Genesis and Jordana before they fully have the chance to prosper?

Mystery, crime, and grit surrounded his family, often bringing power-hungry enemies right to his doorstep. Never one to back down from any opposition, he often stood victorious. But this new threat is something different and not at all one he is prepared for until an old love comes to save him.

Elijah Lewis aka “Smoke” has to decide what to do with the gift of knowledge he’s received. Does he deliver more pain to the people responsible for trying to take him out, or does he take well-meaning advice and get out of this line of work? For people like him, there were only so many places he could go and the top two were: to jail or to hell.

The Enigma Series is a new crime romance series by Aja. Visit ajathewriter.com to sign up for her newsletter for more updates.

Professional basketball had always been Nico Maxwell’s dream — but a life-altering diagnosis changed his plans. When his goals were crushed, it took him some time to realize he had to live life fully and spontaneously. Instead of planning for the future with a career, wife, & family–he’s taking life one day, one woman at a time.

Marketing Expert, Destiny Harlow, thought her girlfriend title would soon be upgraded to wifey. That was until her boyfriend broke her heart. She was crushed and found an old friend, Nico Maxwell, the perfect guy to help ease her heartache.

A growing baby bump was not what either expected. But was what they needed to help change their perspective on their life goals.

Yearning: Book Two of the Devotion Series by Jayce Ellis

Years ago, Cookie Pearson ran off the love of her life, Tommy, because she couldn’t accept his sexuality. She’s learned since then, and after drop-kicking her philandering cad of a boyfriend to the curb, all she wants is a second chance with the one who got away.

But her family’s not so understanding, either of her breakup with their hand-picked suitor, and definitely not of her plans to reunite with Tommy. They’re still mired in the same headspace they’ve been her whole life, determined to bring her down with them. And she’ll be damned if she lets that happen.

That means defending herself, him, and them, something she’s never done before. But if it means a chance of getting—and staying—in Tommy’s arms, it’ll be well worth the inevitable fallout.

F*cking on the 4th (a Village short) by Alexandria House

A trip to The Village’s Red, White, and Blues Fest leads to more than Rashida Gray ever imagined.

*This is a short story.*

Shaleena owns a virtual assistant business and is having a huge hiring event for different companies. Lynn owns a chain of hotels and is in need of a few virtual assistants.
These two old friends run into each other and the past suddenly doesn’t seem like it was that long ago, despite how much things have changed over the years. What Shaleena doesn’t know was she was the one that got away from Lyn, and when old feelings start to rise, an opportunity for a new beginning reveals itself.

This is a friends to lovers romance and features explicit sex between two consenting adult women.

Life has a way of throwing curve balls at you and for Naomi, she was hit with a major blow during one of the biggest events of her life.Getting news about her health that takes her from what she loves, is the last thing Naomi wanted to hear. With a man like Sin, he wasn’t about to let his woman stay down for long and he’ll stop at nothing to prevent her from falling into a dark place.

Pen has to hold it together while being worried about her sister and finishing the playoffs strong, without Naomi by her side. Zoo stepped up and became that crutch that Pen needed, the only thing is, she doesn’t want him to be. Leaving Zoo to pick up his feelings and grant her wishes to stay away.

Bri and Brooklyn have taken things a step further and their friendship has blossomed. Thinking things with their past is behind them, Teddy shows his face but is not prepared for the heat that’s waiting for him.

3 couples fighting to the end to be all each other needs. Some will make it with no doubts, and some will be pushed to the edge, forcing the other to stand on the last words they said to them.

Love is a beautiful game, except when you lose… then the game is not so pretty anymore.

PJ and Zoo are up next!

The College Route by Denise Essex

Rashad is a smart street kid who thinks he has a good thing going with his soon to be ex-girlfriend Veronica. She’s a popular, unfocused, seductive sorority girl. When Rashad learns an awful truth about her, he makes a radical decision concerning his sex life.

Will Rashad’s salacious sexcapades get in the way of his goal of graduating and becoming an engineer?

When Rashad meets Nina, an army brat putting herself through school by working as a yoga teacher, she is unlike anyone he’s ever met. She can literally read his mind in the best possible way. Now he craves more than a shallow affair.

Is Nina another distraction? Or will Rashad’s hang-ups ruin what could be a real vibe?

Figure of Speech by Kasha Thompson

The professional is about to get very personal.

Clover Bennett’s motto is Good Things Happen to Those Who Hustle. After a string of toxic relationships, Clover decides to focus her energy on the one thing she can control, her career. When she lands a high-profile job as press secretary at the White House, Clover sees her years of hard work paying off.

The goal is to establish herself as a DC power player, with no room for distractions. Well, maybe just one … the handsome bachelor occupying the White House. President Theodore Elmsworth is charismatic, brilliant, and witty. Clover finds herself reluctantly drawn in by the intoxicating proximity to power his presence holds. The separation of work and play is forgotten when the president and Clover forge a friendship that flirts dangerously close to crossing the line.

Clover is determined to keep her relationship status as committed … to work. But President Elmsworth is interested in getting Clover to drop her color-coded-three-ring binder and let her hair and inhibitions down. Unfortunately, flirting with the boss could end with Clover’s luck running out, placing her carefully-curated career in jeopardy.

The Boss Effect by Monae Nicole

“She says he’s just a friend.”

Amirah Baker has found herself at a crossroad as things are ending in her relationship. Enters Raheem “Boss” Jones and a foundation is set for a lasting friendship that bonds them together.

Raheem is every bit of a ladies man. His screw them and leave them antics catches up to him one day and has him reevaluating how he moves and the people he keeps closest to him.

Amirah’s focus is righting everything that seemed to go wrong, while Raheem has to figure out how to deal with the consequences of his actions. A turn of events threatens their friendship, and Raheem and Amirah are forced to examine whether the friendship is worth keeping.

Find out what happens in The Boss Effect.

The Coalman Brothers have made their way in the streets. Money, respect, and the women of their choosing. With the eldest brother Aziz, at the helm, being abandoned by their father as children forged a bonded will to survive. However, for him, beneath the layers of strength and leadership, are the crumbs of anger, distrust, and an unhealed heart.

Then there’s Diamond Kees. Bold, beautiful, and in tuned with herself. Despite his beastly efforts, Aziz cannot escape her, nor can she, him. He is her person and no matter her pain, her heart remains open to giving him the love he needs.

When tragedy strikes, though, Aziz is left with an ultimate decision. Will he become the man he wished his father would be, or continue the cycle of false joy and real pain?

Mistakes of the Heart by Mya

Fredrico “Cuban” Perez felt like he’d made the ultimate mistake breaking up with his ex-girlfriend. In a final act of desperation, he finds himself crashing her wedding… Only he’d gotten the address wrong and consequently ruined someone else’s special day.

Sarisa Leann Anderson had her doubts about marrying a man she’d spent most of her adulthood dating. She’d asked God to send her a sign and when the attractive man ran down the aisle, interrupting her ceremony… she knew then she couldn’t marry her fiancé.

Cuban and Sarisa are both on an emotional high and find solace in each other. The desire comes fast like a blinding light. They are inseparable, wondering how long this spontaneous relationship would last.

Will the mistakes of their hearts bring them together, or will the elements of their lives clash? 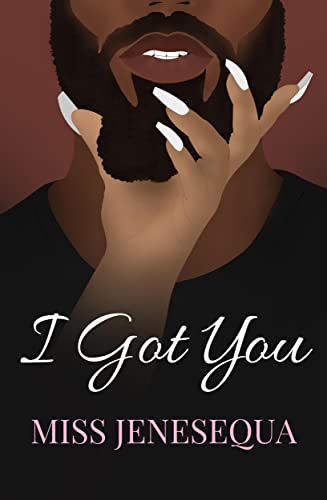