Hey Girl! Check out these new releases from June 14th-20th.

Covered in His Love by J. Chary

Things between Pharaoh Solomon and Jasira Grey were all good until his son’s mother decided to come back into the picture.
Fed up with his refusal to set boundaries, Jasira decides to remove herself from the equation. That is, until she receives some news that sends her back to his doorstep.
When Pharaoh is confronted with her reasons, he’s left to face the truth on his role in the demise of their relationship. Now more than ever he vows to get his family back by fixing what he unknowingly broke in the first place.
Jasira is determined not to play the fool for Pharaoh any longer. No matter how much she loves him.
Will she continue to keep him at arms length? Or will she allow Pharaoh to strip her reservations bare to prove that she will always be covered in his love?

The moment divorcée Maxine Richardson crosses paths with Christian Davis, sparks fly in more ways than one. She’s stunned by the intense attraction between her and the aggravating man, and is determined to fight it, even if he is fine as wine. However, beneath his gruff exterior is a man whose kiss awakens Max’s deepest desires and entices her with a passion she can’t resist.

For years, Christian has guarded himself against love and the heartbreak that always seems to follow. But Max, with her voluptuous curves and sexy smile, ignites a fire inside him he never sees coming. She’s knocking down his walls with each sensual encounter and tempting him with the promise of forever…if he would only surrender.

My Love 4 You by BriAnn Danae

To the ones, we love the most…

This book is dedicated to a few of my favorite male characters in daddy mode. Though a book of shorts, each couple can be read about in previously released work from me. If you haven’t read the titles, it may be confusing. It’ll show which book the couples are from in the heading.

If Monica could to describe herself, she would say she was reliable, God-fearing, loving, forgiving and most of all boring. She is the oldest of three sisters, a shoulder for Kiersten and sound advice for Zan; often ready to fix their problems or cut the problems off at the path. Now the adventure has begun and she has taken the time to focus on herself, she decided to muster up the courage to address her feelings about men in her life and opening her photography shop. Everything was going well and she enjoyed the challenges in her personal life until the day of Fancy Fotos was broken into. This opened the door to confusing feelings and lost faith in humanity. All she had to do was give it over to God like she had been taught all her life, but she decided to take matters into her own hands and finds it is a lot harder than she thought. Thankfully, she had a praying Mother, who had belief in God for her victory.

I wanted this series not to feel like the Christian romances we have always read about, where the woman is just waiting for their love to show up. I wanted these stories to depict real women in this world, with happiness, sadness, and can be sassy.

This is the second in the series of the Richardson sisters, this is a clean Christian romance. Hope you all enjoy!

Dare Me to Love You by Cherish Amore

At twenty-seven, Ke’maji is enjoying life, not looking for anything in particular except a good time. Despite pain from her past, she doesn’t let her dreams of love fade.

Enters Israel, who is fun, quiet, very successful, and fine. He’s navigating through life as best as he can at twenty-nine.

Both successful in their own rights, Ke’maji and Israel cross paths, though neither is expecting anything more than a night out with friends. Having to take chances, risk a lot, and deal with exposed truths, will they be able to retain what started from a dare, or are they forced to let it go?

Husband for Sale by B.M. Hardin

How much is your husband “worth” to you?

Nema has the perfect husband.
But maybe he’s too perfect and better for someone else.
Her personal unhappiness causes her to push and push, until one day, her husband is gone.
But little does he know…he needs Nema’s permission to move on.

Jealousy causes Nema to realize that she possesses something more precious than gold.
She has the man of every woman’s dream.
And like anything of value…he can be sold.

But Nema is in for one hell of a surprise.
Soon, she discovers she’s surrounded by lies.
And no matter how hard she tries; she can’t undo what she did.
She can’t change the fact that she sold her husband to the “devil” for highest bid.

The Illest Taboo 2: (An Enemies to Lovers Romance) by K.L. Hall

ta·boo:a forbidden association with a particular person, place, or thing.

No matter how hard she tried, River’s resolve to stay away was no match for the East Atlanta bad boy with tattoos and a rap sheet as long as his paper. Now that an unexpected arrest has left her relationship with Mav hanging in the balance, River begins to question her best friend’s past and Mav’s role in her demise. How much did she really know about her best friend, and what would she do if the man she loved actually killed her? When she learns the truth, River is left to decide if she can love the light and dark sides of everything that is Maverick Malone.

When news of his arrest for Luca’s murder ignites the streets of Atlanta, Mav knows whoever set him up just made the price on his head even greater. With one foot already out of the game, he recognizes that going legit won’t buy his soul back from the streets. Mav finds himself torn between self-preservation and avenging his blood. The streets are calling, but so is River’s heart. Can he prove himself to be the man she needs, or will he choose himself in the end? Once loose ends are tied, claiming checkmate and divorcing the game is the only goal.

In this series finale, hearts will be surrendered, lives will be lost, and breaking points will be shattered. Will the love between River and Mav prove to be true, or will they decide that the risk simply isn’t worth the reward?

The Divorce Chronicles 3 by J.L. Sapphire

First comes love, then comes marriage. Then comes Damion ready to start a family while Lauren is not here for pushing anybody’s baby carriage. And that’s just one of their problems. High school sweethearts, Lauren and Damion Richardson have been married for over fifteen years. Now, thirty-something year olds, life seems to be pulling them in different directions and it seems they have come to the end of the road in Marriageville.

Lauren is engrossed in her new career and Damion feels as if he’s been placed on the back burner of her life. Lauren loves Damion, but is too stubborn to admit that maybe she does make him feel unimportant. So when Damion wants a divorce, her pride tells him to do what he has to do. She signs the papers but neither one of them is willing to move out of the home they have shared for so many years. They agree to live separate lives- which includes dating other people- but still live together while waiting for their divorce to be finalized.

Divorce is messy enough, but spouses who agree to co-exist as roommates can only lead to one thing- disaster!

Sojourner Falls was in trouble…For two-hundred years, it has been a safe haven for Black-Americans looking to escape the ills of racism. The once lively town used to boast of joyous times and festive holidays, but after years of bad economic downturns and tourist declines, the town was going under…until a twist of fate and the love of the Ancestors, turned things around in the small town.

Now, almost two years later, the town is gearing up for its Juneteenth Celebration. It’s been years since the residents of Sojourner Falls have been able to have their annual emancipation fest, and now, with all the young people returning home, there is no time like the present.

Willow “Willowshine” Tucker is finally going back home… with her troubles tagging along. She doesn’t think things could get worse until she gets a phone call from her boss to let her know she’s been fired, another phone call from her fiancé to end their engagement and relationship, a stalled rental, and of all things…a sourly old cow, show her that her bad day has only just begun.

Dr. Kamal Brookhaven never had any intentions of making Sojourner Falls his home, but a chance encounter changed all of that. Now, as fate would have it, he spots Willow stranded on the side of the road. In no time at all, the good doctor is smitten and sets out to make Willow his.

However, when the troubles Willow left behind follow her to Sojourner Falls, and not only threaten their happiness but also Willow’s life, they must do all they can to make sure Willow and the town stay safe.

Owner of a successful software company and mother of three sons, Evelyn Girard longs for a relationship like her parents have. Afraid Mr. Right will never come while falling for Mr. Wrong, she must put her children first. Even if that means giving up on her chance of happily ever after.

When Ryan Chisholm—aka Mr. Wrong—met Evelyn two years ago, he was in a different place in his life. He’d pored himself into expanding his construction business and replaced his dreams of family with shallow sexual relationships. At that time, he couldn’t see himself with a woman like Evelyn, so he was free to be himself with her. Now he is falling for her and longs to have a family, but she sees him as a player. All he has to do is convince her he’s more than a great friend—he’s husband material.

Note: This is a sweet romance.

My Promise To You by Pamela Campbell

This is a different kind of love story!

There’s nothing sweeter in this world than high school sweethearts determined to spend the rest of their lives together…until life had other plans for them.

Roman goes into the military, leaving behind his girlfriend, Gabriella. He makes a promise to her that he couldn’t keep.

Gabriella thought she would reunite with Roman after she graduated from college and they would pick right up where they left off. But unfortunately, that didn’t happen.

Once he’s back home, Roman takes a job protecting the senator’s daughter named Lyric. She’s a beautiful, hot-headed, and very demanding woman, but she’s no match for Roman.

Gabriella and Roman come to some painful realizations that will make them both very happy in the long run. Sometimes first love is not always meant to last forever, but you can open your heart for new love… 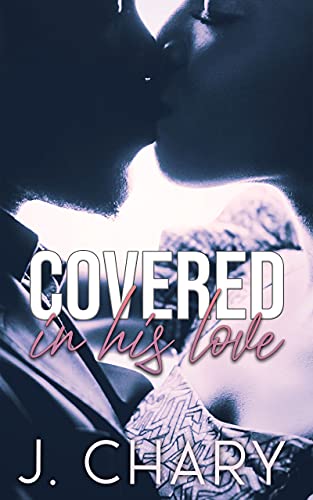