Hey Girl! Check out these new releases from June 3rd-9th.

If You Love Me (Harmony Heights Book 1) by Danielle Burton

After their devastating break-up the summer before college, Malakai Jameson is the last person Dahlia expects to waltz back into her life. She would’ve been perfectly content with never seeing him again.

Apparently fate had other plans.

Malakai’s heart never quite forgot his first love. Even after ten years his pulse gallops at the sight of her. He never thought he’d get another chance, and he still might not with the stone wall she has up due to his past mistakes.

When Love Becomes A Need by Tay Mo’Nae

***ATTENTION THIS IS A STANDALONE NOVEL***
After being let down by the first man that was supposed to love and protect her, Fatima swears to never give another man the power to make her feel that abandonment again. Only dealing with guys that are just as emotionally unavailable as her, she continues guarding her heart until he walks in her job one day.
Ahmad, passionate, charming and good looking, was screwed over by his ex-fiancée and swore to never fall in love again, until, his eyes landed on Fatima. All he wanted to do was grow his tattoo shop and continue life as it was.
When two emotionally damaged people meet can any good come from it? Will they be able to heal what was once broken? Can Ahmad tear down the wall that Fatima has built up over the years? Everyone is cheering for them, but will they be able to find love in each other?

Damon Adams has one priority: giving his five-year-old daughter the best life possible. So far, the suave and warm-hearted alpha male has managed to do that, but a part of him is ready to move on in his personal life. His ex, however, isn’t ready to allow that to happen.

Single mom Jordan Davis struggles everyday to heal from the tragic loss of her husband. When she meets Damon, her gut instinct is to keep him at a safe distance, but as their friendship grows closer, Damon slowly helps her chip away at the wall she’s built around her heart.

Can Jordan and Damon move forward together, overcoming their past relationships and find love again?

Allow Me to Love You: Ruby & Hendrix’s Story by Asia Monique

Ruby Fortune is the baby of three girls and a sure-fire cracker. Her lively personality stood out amongst the largest crowds—making her a very popular student at the University of Michigan during her time there, but none of that mattered to Ruby. If she had her best friend, Raheem, then she was content with life all together. After being offered a job out of state, Raheem gives Ruby an ultimatum—either move to California with him or let go of each other for good. Ruby makes the move to give them a chance but the moment she lands in the sunshine state her world as she knew it starts to crumble at her feet. Her love for Raheem slowly fades and when Hendrix James—an old college friend—re-enters her life, things began to drastically change.

Hendrix James has accomplished part of his lifelong dream and he—along with his six siblings—continue to become one success story after another. As a recent medical school graduate with a residency offer a thousand miles from home, Hendrix takes a leap of faith and makes the move to California with his family’s support. He has one goal in mind—finish his residency—and officially become Dr. Hendrix James. Everything is going as planned but when Hendrix encounters Ruby Fortune—the one that got away—he subconsciously adds another goal to his list, steal her heart at all costs.

Note: This is a spinoff to the novel Allow Me to Love You. Though these books are connected, each can be read without the other.

Mr. Right was a myth from the pits of hell.
There was no way men could offer anything beyond fairytales and dick.
I thought I’d constructed a fool-proof way to snag the man of my dreams.
I thought my book of standards would weed out the unworthy fuck boys.
But I struck out one too many times.
Maybe there wasn’t anyone out there for me.
I was ready to accept my fate until…
I kissed him.
He was an arrogant pain in the ass and I was perfectly fine hating him.
Hating him was what I knew.
But I didn’t know anything once he tipped my world upside down.
I was falling hard and fast.
I’d have to let go of my issues if I wanted to keep him.
But that would be easier said than done.

His To Claim (The Westmoreland Legacy) by Brenda Jackson

It could be his toughest mission yet:

win back his wife.

When navy SEAL and honorary Westmoreland Mac McRoy returns home, he discovers his wife has left. Teri has retreated to the Wyoming ranch they’d planned to visit together, and is resentful when he follows. She doesn’t want a second honeymoon; she wants a marriage Mac doesn’t take for granted. But life-or-death circumstances are about to put their love to the ultimate test.

His Love for Her by Felix Cunningham III

Derrick and Lorraine Caine were childhood sweethearts entwined by an innocent friendship and forever longed for each other. For Derrick, she was the only woman he had his eyes set on, no other woman had his love, admiration, or even kindle his lust like Lorraine for they were inseparable.
But in Baton Rouge, Louisiana, it is very easy to be swayed into the arms of another.

Then Derricks stumbles upon an estranged lover and that’s when his whole life begins to change.

However, arguments, separation, and loss sever the ties that confined the two young lovers. Now Derrick at a mental standstill has to choose between new life, liberty, and happiness or chasing his childhood dream. But will his love for her truly be a love for another? 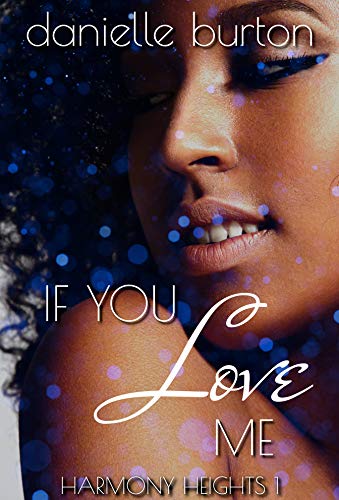