Hey Girl! Check out these new releases from June 7th-13th.

Still: Your Best by Monica Walters

Who moves your soul like no other can? Who makes you feel things that are beyond your own comprehension?

Shane Taylor is struggling to find the love that can catapult him into euphoria. Seeing his sisters find that with their life partners, leaving him the odd man out, is driving him insane. However, he has inner demons that are deeply rooted, and he has allowed them to control his love life ever since he was old enough to make his own decisions. A relationship that was once so fulfilling, isn’t so fulfilling anymore. Longing for love unparalleled and unconditional has felt like a witch hunt, but finding his one will be worth every moment of it.

Is it love or convenience?

Two women… one man. The options are clear cut and precise. Carrington Breaux, the woman of the present doesn’t even know of Shane’s inward comparison between her and the woman of the past, Roshianna Green. Matters of the heart can be difficult and confusing when the mind gets involved. Sometimes what’s logical may not be what’s necessary. Roshianna Green has made a promise to herself to go after what’s hers. Carrington Breaux has made a promise to herself as well… to hang on to what belongs to her.

Sharing a man is out of the question, so it’s up to Shane to choose wisely, because all decisions are final. Who will it be?

For months I stood by, an understudy waiting in the wings, preparing for my time to shine.
I never imagined he would watch in the audience that night.
Canon Holt.
Famous film director. Fascinating. Talented. Fine
Before I could catch my breath, everything changed. I went from backstage Broadway to center stage Hollywood.
From being unknown, to my name, Neevah Saint, on everyone’s lips.
Canon casts me in a star-studded Harlem Renaissance biopic, catapulting me into another stratosphere.
But stars shine brightest in the dead of night.
Forbidden attraction, scandal and circumstances beyond my control jeopardize my dream.
Could this one shot—the role of a lifetime, the love of a lifetime—cost me everything?

Someone to Call My Lover by Bree Wright

Kimberlee Frost had made a name for herself being a financial analyst. Her blossoming success landed her back in her old college town. But even with Kimberlee’s success, she does not feel as if her life is complete until she finds a man to love her and give her a family. Kimmy had a past, and she hated being reminded of it. She was ready to put it all behind her and accomplish the rest of her goals, even if it meant going on blind dates.

Chevy Little is a man that means what he says and says what he means. When he notices that Kimberlee Frost is back in town, he feels like now is his chance, but that changes when he learns she’s looking for love. Against his will, love for her brews inside and becomes hard to hold in.

When Kimmy’s dates constantly keep failing, Chevy is there to the rescue. But what happens when each of these dates keeps pushing Kimmy more and more into Chevy’s arms? Can Kimmy stop allowing her past to dictate her future or will she be stuck on a quest of looking for someone to call her lover?

Darnel Reid was a normal fifteen year old girl, enjoying high school, getting good grades, and preparing for her future. But then, something horrible happened that started a chain reaction of tragedy in her life. Now, at 30, she has learned to exist, finding deep connections with people and with life impossible, subconsciously anticipating the next horrible thing. When a strange man comes into her life making a ridiculous accusation against her, she’s convinced that this is the tragic event that will finally kill her.

Arnold “Wood” Woodington is a successful businessman, trying to distance himself completely from street life. Drug money was simply a means to an end, and now he wants to make his father proud and honor his deceased mother. His biggest hang up is his best friend who refuses to give up a life of crime and go legit, like Wood. While Wood is battling with an inevitable decision about his friendship, he learns of a situation that could cost him everything he’s built, as well as his freedom. He must revisit the life he wants to leave behind, and take care of the woman who might be behind it all.

Basketball is Harlow’s one and only love. Other than her family, that is. Her plans were to get a scholarship to college doing it. But now, due to two life-changing events, she’s stuck halfway across the country in Suburbia. Deciding to make the best of things and just get through her last year of high school, she dresses down and doesn’t talk to anyone. She even manages to get a spot on the basketball team. But there are people in the school who don’t want her on the team and will do anything to keep it from happening. However, Brooks, Gavin and Jaire have a different agenda in mind. When they see the toned beauty all they want to do is to get to know her. Old neighborhood antics won’t work here. It’s a whole other ballgame. Will Harlow be able to adjust and come out on top, or will the status quo get the upper hand?

Heaven Can Wait: Book One by B.D. Hendrix

In her debut novel, Heaven Can Wait, B.D. Hendrix explores the whirlwind lives of two best friends.
When Lola Jones is fired from Ace Nightclub, she decides to turn her attention to her first love: Fashion. But she’s broke, jobless, and sworn to a life of singleness and independence; without a man she can exploit to fund her dream boutique. At least until ex-boy-toy, William Rogers, a.k.a Romeo, proves to be willing to do any and everything Lola wants. Does she keep her vow to never get too close to a man and only use them for what they can offer? Or will she crack under William’s charming pressure?
Azra McKinney is fed up, Jesus’ed out, and ready to act up. After living her life devoted to being the flawless Christian her grandmother raised her to be, she craves something more. Something new. Something wicked. Something like the handsome, alluring club owner, Genesis Struthers. Neglecting her Christian morals and living her life seemingly to the fullest, her rousing experiences will lead her beliefs, life, and identity changed forever.

Another Chance by JC Anderson

Sarah is in need of a vacation to get her mind off of her divorce and the events that led up to it. She and her besties, Sandra and MaryAnn, are embarking on a 7-day Greek cruise. Sarah just wants to hang with her friends, but Sandra has more lascivious ideas and is hoping for a one-week stand. Sandra meets the perfect man, Charles, with whom to spend her time, but is thwarted when he is not attracted to her pushy ways. Instead, he falls instantly for Sarah and Sarah feels like she’s known him for a lifetime. As Sarah and Charles get closer, Sandra gets meaner, and poor MaryAnn tries to keep their best friend circle intact until nothing she tries works. It’s enough to make anyone wonder if they were truly friends in the first place. Are Charles and Sarah soulmates? Maybe. But he has to confess the secrets he’s been hiding. Another Chance is not only a story about love at first sight romance, but the ill feelings friends harbor and the actions it causes them to take.

Second chances are a worldly reality, but God’s love is about newness. Deran Lawson is an example of God’s transforming love giving him a new life. Deran faces hatred and unrelenting covetousness of his wife Kerra’s ex-husband, Micah. The winds of secrets, lies, and hatred attempt to take him back to the dark place of his old life. Will his faith and the Gospel Love of God be enough to carry him, his wife, and family through the twists and turns of life, envy, and jealousy? Life is never without trials and tribulations especially for the sons and daughters of Christ.

Terri Dawson has been chasing a dream; a dream of becoming an A-list actress to the likes of Viola Davis or Regina King. Though she’s had her share of supporting roles in television and even on the big screen, she’s struggled to achieve that pinnacle of success she’s always wanted. As respectable and Oscar-worthy roles become harder to come by, the industry and in one last ditch effort to salvage what was left of her career, she begrudgingly accepted an offer to become a regular on a hit reality television show based in Atlanta only to be fired after the first season. Wallowing in self-pity and junk food, Terri sells her condo, packs up her car and makes a beeline out of Atlanta to figure out what’s next?

Devastation, Louisiana is all a buzz about the new resident in town. A famous actress has bought a house and decided to call the small town home. Dr. Nicholas “Nick” Hunt, born and raised in Devastation, practices medicine in New Orleans. When he comes home for a quick visit for a few days, he meets the beautiful, Terri Dawson. Several years older than he is, Nick doesn’t let something as silly as age get in the way of pursuing this gorgeous woman, convinced that she might just be the one.

Luther has never forgiven himself for not being there for his wife when she needed him most. Years later, her death still haunts him, compelling him to walk away from his passion—music. By the time he realizes the error of his ways, he’s left with a strained relationship with his only son, and the guilt of not being there for the boy during the darkest moments of his life. Terri Dawson is light, a second chance at life, but does he deserve a fresh start? Does he deserve her?

I’m in love with my best friend’s wife.

Cassiopeia McKnight is a goddess. A woman who’s been tied down to a worthless man for far too long. A man who doesn’t treat her like the queen she is.

I’ve always been a hungry man.

While my hunger for money and power is all a part of my daily grind, my appetite for the one woman I can’t have keeps me up night after night. I’ve been craving Cassie for years. Too bad she went and married the wrong man. My perpetual appetency for this woman won’t allow me to sit idly by anymore while her husband continues to take her for granted. He doesn’t deserve her.

She was meant to be mine. I saw her first. And now, I’m taking her back.

***Welcome to Seattle, Washington. Here you will find possessive alpha males and billionaire bad boys with moral ambiguity. There is strong language, depictions of violence, and infidelity. If this is not your thing, the series is probably not for you. Reader discretion advised as there are references to sexual assault and domestic abuse which may be triggering to some. HFN ending.*** 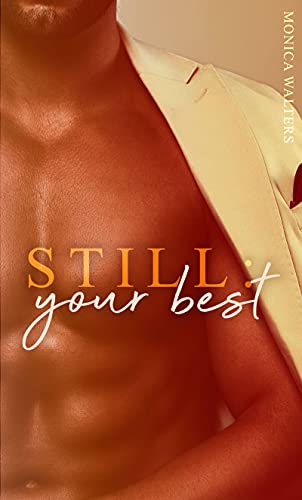