Hey Girl! Check out these new releases from June 8th-14th.

Dimitri Montgomery has prided himself on being a man collected, oriented, and disciplined. That is until Stacey enters his life and shakes up his world.

Concourse D With Love by Cassandra B.

“That I can assure you. Take the step into the unknown and find what you’ve been missing.”
Those words lead Kelani Thomas into a forty-eight-hour adventure with a handsome, alluring, mysterious stranger. With Kelani missing a flight and Israel’s flight was delayed a spark was ignited in the Sky Lounge of Concourse D. But after the haze of lust evaporates in forty-eight hours can the raw emotions formed last?
Join Kelani and Israel for the ride and find out.

Deep In My Soul (Soulmates Book 2) by Aja

soul mate
noun
a person ideally suited to another as a close friend or romantic partner.

He kinda looked like Ross, he even smiled like him. My mind didn’t want him. It shouldn’t have. Not after Ross.

But he smelled good and he talked to me in a way that felt good, deep down in my soul.

Zena Lewis believed in fairy tales as a little girl. She carried those fantasies of a knight in shining armor loving her until eternity, until her ugly separation and divorce from her ex. These days, a man would have to be lucky to get her to smile back at him, let alone give up her number.

Forever With You by A.S. Wilson

After being laid off from her job, Violinist Asha Whitmore strikes out in search of a new gig. When she accepts a temporary job as a violin instructor, she expects that challenges lay ahead. But she doesn’t expect to catch feelings for a man who’s already taken.

Vincent Stephens has spent years running Legends Bar and Grill– the business that his father launched years ago in Columbia, South Carolina. But he wants more, and so does his longtime girlfriend, Tiffany.

As Vincent and Tiffany’s volatile relationship implodes, Vincent and Asha grow inevitably closer. But they soon realize that Tiffany has no intention of letting go. Will their burgeoning relationship survive the wrath of a woman scorned, or will they suffer the loss of the greatest love they’ve ever known?

Blossom Baker has watched her sisters find love one by one. And just when she began to wonder when her Prince Charming would show his face, Roman Fields, entered the picture, helping to bring all of her deepest desires to fruition.

*Please note, this is book five of five in an interconnected series. This novel will contain spoilers from previous books.

Her brother might have swept in to save the day, but Brooke’s demons run deeper than he knows. Determined to resolve her drama on her own, she continues to spiral until the infuriating, handsome, and alluring Aesir steps in to try and save the day.

Detective Matthews had no intention of adding Brooke to his extensive list of problems until fate intervened, leaving him with no choice. Aesir quickly finds himself torn between his feelings and maintaining his professionalism, all the while attempting to put the pieces of an intricate puzzle together before Brooke loses her life.

Catching last minute flights is a part of the job when you’re hired to photograph events all over the country. Usually everything goes according to plan.

But when I was hired to document the Juneteenth celebration in Galveston, Texas, I had no idea my plans were going to be derailed.

The woman who scuffed my sneakers and didn’t apologize ended up having the seat next to me. Yeah, she was beautiful, but I was not feeling her at all.

And then our flight was delayed.

The Love Spectrum: A Novella by Mel Dau

The only thing that ever matters is Love, and Love is Always on the Spectrum.

Kalypso Jenkins Jr. (KJ) has always lived a life of obstacles when it came to dealing with his autism, but with a strong support system and utilized resources, he’s overcome every one of them. Now as a grown man living on his own in Charlotte, North Carolina and running two successful businesses, a new challenge shows itself to be one that has the potential to change his life. Never feeling worthy of love, he tends to shy away from even the possibility of romance. After all, autism or not, he’s just a different breed. What happens when the stars align perfectly allowing the Moon to rise smoothly into his orbit without warning?

Luna Goodwin is simply a country girl with city girl dreams. From the small town of Estill, South Carolina, she has always been a party of one. As an only child and outcast because of actions that are not her own, she learns to be independently awesome and fearless at a very young age. Moving to Charlotte, she finds herself without warning orbiting a planet that is unfamiliar to her in so many ways. Will the climate of this new planet be complimentary to her needs as the Moon?

Will KJ look to the east for the rising of the Moon with acceptance of the love it has to offer, or will the planet’s climates be too much for the Moon, causing an early setting?

After one failed marriage the last thing Nicole “Nicci” Lewis wanted was a new man.
Caustic Brandon “Donny” Giles didn’t do love or relationships until an unexpected thing occurred.
Nicci gave him a chance.
Taking a risk on a newly divorce Nicci; Donny was cautious with his heart.

Taking a risk Nicci wanted to be with Donny, but after being blindsided by her divorce, she was afraid. Everything about Donny screamed heartbreaker or playboy. So, why was she letting her guard down with the handsome playboy?
they both ready to risk it all for love?

Falling For You by S. Cassadera

There comes a time when you have to stop running…
Losing her parents in a car accident years ago, Kay decides to stop running from her problems. She returns home to live with her grandmother after graduating from college and takes a summer job as a caregiver. The patient is a ruthless, bitter, uncouth drunk. Soon, she meets the nephew and he’s breathtaking. As the two spend their days together, they unexpectedly develop a bond despite the tense atmosphere. Unbeknownst to her, she helplessly falls in love with the nephew who’s hired her to take care of his uncle.

And go after what you want…
Mich is visiting his uncle for the summer, thanks to his mother. He’s ordered to help get his uncle out of a bad funk. When he arrives in Nos Angeles, Georgia, he’s disgusted to see his uncle’s living conditions. He thinks hiring a caregiver will do the trick. She has one job and that job is to help him get his uncle back on his feet. Although she’s beautiful, tempting and kind, he’s not interested in forming a relationship with her because all women are tricksters. But once he gets a taste, he doesn’t anticipate falling for the hired help.

Will Kay surrender her heart to Mich or will she learn to love him from a distance?

Holding On: A Novella by K.L. Gilchrist

Married for more than twelve years, Tracey and Brian Jones have much to celebrate. However, small resentments exist beneath the surface in their relationship. When Tracey betrays Brian’s trust to provide emotional support to a family who helped her in the past, the couple draws battle lines in the household. Will Tracey be able to hold on to her marriage and family when her past and present collide?

The Boyfriend Project by Farrah Rochon

Samiah Brooks never thought she would be “that” girl. But a live tweet of a horrific date just revealed the painful truth: she’s been catfished by a three-timing jerk of a boyfriend. Suddenly Samiah-along with his two other “girlfriends,” London and Taylor-have gone viral online. Now the three new besties are making a pact to spend the next six months investing in themselves. No men and no dating.
For once Samiah is putting herself first, and that includes finally developing the app she’s always dreamed of creating. Which is the exact moment she meets the deliciously sexy Daniel Collins at work. What are the chances? But is Daniel really boyfriend material or is he maybe just a little too good to be true?

Mission to Please You by J. Brinkley

Ella is a bright young woman who fell for the rugged bad boy and got a life she didn’t expect. She wears long sleeves and turtlenecks in the summer to hide her bruises. Her friends don’t come around anymore. Is this what happily ever after looks like?

James is a first-year associate at a prominent law firm. When his old college buddy invites him over for a party, James is too busy to attend. Then his girlfriend finds out and desperately wants her man to take her out for some fun. James grudgingly agrees to go, just to stop her tantrums. He has no idea that his life is about to change forever.

Follow Ella and James in this happily ever after story as both of them struggle with abusive partners and somehow find their way to one another and true love.

Jade Bordeaux is a rising realtor in the city of Chicago, taking on the male dominated industry like a boss. The love of her life is abruptly snatched from her. Now she only focuses on work – work is safe. Corbin, a top investor from California, is looking to put down roots in Chicago and needs Jade’s help. When they finally meet, there is no denying he projects an energy and power that unquestionably attracts her. But Jade is cautious with her heart even though Corbin is a dream come true. See if Corbin can show Jade that love can find her the second time around.

It is better to have loved and lost…
Andrew Peters spent the better part of his life chasing his first love, but one simple revelation changes everything.
Determined to distance himself from the ruins of his one-sided crush, Andrew drowns in his work and his music, closing himself off to love.
Until he meets June.
Gorgeous, wildly popular unfathomably kind, June slowly claims his heart.
When Andrew’s first love charges back into his life, Andrew is faced with a choice.
Does he honor his vow to June or does he go back to the woman he’s always wanted—his first love?

Meant To Be is a heartfelt romance that features a conflicted musician, a broken yet determined heroine and a love story that will have you reaching for your tissues.

The Porter Sisters: Book 1 by Keitra Crooks and Trina Crooks

No one was surprised when they heard Constance Porter was dead; least of all her six sisters because Constance was a self-absorbed devil who took great pleasure in making their lives a living hell. Although they were overjoyed to be free from her daily torment, they were still worried that a killer was on the loose and might be after them. But as the police try to solve Constance’s heinous murder, it is becoming apparent that one of them is in fact their sister’s killer.

As the Porter Sisters try to stay one step ahead of the detectives, they also have to navigate their own lives of secrets, betrayals and lies. And it doesn’t help matters that their dead sister seems to be terrorizing them from the grave.

Who’s sending the letters?
What’s in the cabinet?

And most of all; which one of The Porter Sisters killed Constance? 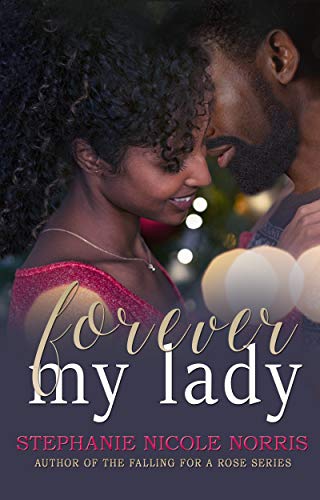