Hey Girl! Check out these new releases from March 18th-24th.

Dear #FutureHusband, always kiss me like it’s our first time.

Anaya went on many dates, kissed many frogs, and none turned into her prince. But each did leave her with post-worthy rants to her future husband.

She met a guy who didn’t want to travel.

Dear #FutureHusband, I hope your passport is ready.

She met a man who had questionable political opinions.

Dear #FutureHusband, we don’t have to agree on everything, but we have to be on the same political team.

Then she met Russell who seemed to be the future husband she posted about.

Russell, on the other hand, was heartbroken — by his fiancé and baby mama — and was determined to stay single.

He preferred meeting random women, and enjoyed one night stands, over being vulnerable in a committed relationship.

Could Anaya be the woman to heal his broken heart? 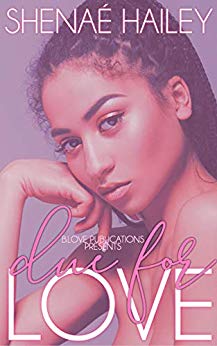 Due for Love: A Novelette by Shenaé Hailey*

Because sometimes, love isn’t enough. And for Serenity and Jamere, that couldn’t be more true. Forty-eight hours before their wedding day, they are faced with a horrific secret. One that stands to destroy their union before it fully begins.

*Please note: this is an 8,000 word novelette. If you prefer longer books that show the beginning, middle, and end of a couple’s journey, please read another B. Love or Shenaé Hailey novel.*

Don’t Walk Away by Victoria Kennedy

Finding love was never part of the plan…

Leah Phillips doesn’t think she deserves happiness. For ten years, she’s blamed herself for the disastrous end of her marriage. In a freak accident, her ex-husband was paralyzed, and she became a single-parent riddled with guilt. After so much pain, she can’t imagine finding pleasure or joy. The plans for her storybook life seem more elusive than ever.
Morgan Alexander is a corporate Superman with a reputation for swooping in and saving the day. He’s created a blueprint for success. Resolving problems that seem to baffle the most brilliant minds brings him great satisfaction. But he has no idea, the biggest challenge he’ll meet is in the form of a 5’4” honey-skinned, single mom named Leah.
When their worlds collide, clever plans prove no match for the demands of love. Do they follow the new path placed before them or do they walk away?

Two friends. Amaya’s known for her reserved outlook on life. She’s the girl you can count on to keep things…sweet. Zarina is murdering her career despite her ability to be overly promiscuous in and out of the office. Though she has brains she’s never been known to offer more than the treasure that defines her. One man and a night out at the bar produces a bet to test the waters. It sends both girls down a rabbit hole neither felt they were prepared for while encouraging them to up the stakes despite their friendship.

Between the pages of this novelette find out how far each girl is willing to go to prove she has what it takes to catch a man.

SINGLE: Unmarried or not involved in a stable relationship.

MEEKA
The pure term ‘being single’ makes me want to gag every time I hear it. To me, the worst part is the fact that you’re constantly reminded of your status. Like, do you really think I can forget I’m single? I’ve dated more Mr. Wrong’s than I can count, and now, the network that I work for wants me to share my f***ed-up dating history with the world. To make matters more humiliating, my arch nemesis — aka Mr. Missed Opportunity — has a front row seat to my walking, talking mistakes.

TONE
To say working with Meeka on this assignment is bound to go badly, would be an understatement. We’ve never gotten along, and I have a good reason for staying clear. Everything about her screams … extra! So, of course when our network needs me to assist her with her project, I’m intrigued to hear what her exes have to say about their past relationship. Maybe I’ll get some insight into her character or validate my assumptions. Or unbeknownst to me, I might just find myself connecting with this loud, crazy woman more than I ever thought I would. They say don’t mix business with pleasure. Funny, I never liked that rule.

When O’shay London met Sanaa Holland , it was an instant attraction. They dated for a while and found themselves in love with each other. Finalizing their romance by tying the knot, O’shay and Sanaa found things between them starting to fall apart soon enough – happiness and fulfillment were replaced by grief and bitterness. As the couple grapples with the circumstances that change their lives forever, the question of what truly bonded them arose… LOVE, LUST or OBSESSION ?

Breaking Barriers To Your Heart by Monica Walters

Growing up always being overlooked, Shana Albert found herself willing to settle for mediocrity. After being hurt countless times by men, she shut her innermost feelings and desires off from men. Focusing on being happy with herself was her main agenda. Having a great job at the federal prison and owning her independence, Shana has everything. However, when she meets Red Anderson at the Houston Livestock Show, everything changes.

Life has finally become worth living for Craig ‘Red’ Anderson. Having a horrible childhood, then growing up a ward of the state wasn’t exactly a cake walk. After a chance encounter with a cowboy, his life is changed forever. Channeling his energy into learning to be the best steer wrestler in the world, Red Anderson is able to push out all the negativity in his life. Honing his skills and learning from the best, Legend Semien, Red becomes a force to deal with in the rodeo arena, but in life, another force brings him to his knees. Shana Albert comes in Red’s life like a whirlwind and swallows him whole.

Fighting demons of their past, it seems that Red and Shana face drama at every turn and difficulties of that drama threaten to tear them apart. Both being stubborn, opinionated individuals, causes unnecessary rifts that put their relationship on the line. Will Red and Shana finally figure out what loving one another is all about? Or will they decide to cut their losses and chalk it up as a lesson learned?

Devoted To Her Pleasure by Vaneecia

Twenty-one year old Bee is a senior in college who can never seem to be on time. But her tardiness earns her the eye of her favorite and sexiest teacher, Tati.
Tati offers Bee something she never thought would be a part of her life; A polyamorous relationship.
With this proposition comes people who aren’t necessarily thrilled with the thought of the situation. Will Bee be able to keep the balance in her new budding romantic situation and her day to day life? Or will there be too much friction caused by the ones that are completely devoted to Her Pleasure?

A Love No More by Dani Kay

Rena, a successful business woman seems to have it all. A good life, a beautiful home, and a handsome, loving husband… or so she thought. Rena is aware of Mike’s loss of interest in her, but she’s determined to make things work. Believing that Mike is willing to put in the work to save their marriage, Rena felt positive that things would work out. Unfortunately, things take a turn for the worse, when Mike takes his selfishness to whole new level.Left to pick up the pieces, Rena must decide if she should move on or continue to fight for her marriage. She feels like her world is slowly falling apart until she meets Carlos. Torn between the love for her husband and this new-found comfort, Rena fights back the urge to let go of her past love. Will Rena allow Carlos to be her happy ending or will she continue to hold on to what’s no longer there.

The Deal Breaker by Olivia Gaines

Jerwane Niden is tired of being single, but finding the right woman seems to be a full time job.
His luck changes when Shelia Carmichael walks through his office door with a can of pepper spray and an offer he gladly accepted.

The friendship is just the beginning of this romantic story as Shelia learns to trust and throw away her list of deal breakers in a relationship.

The New Money Girls talk a big game. Can they back it up?

O’Shea is ready to move forward. Then a guy appears. A patient one that makes her question everything she thought she knew about herself.

Nadia has Fine. She has the right kind of love for her. She has a real problem letting Mr and Mrs go…

Delia wants a little revenge against Johnny. Or so she thinks until she finds herself in a love triangle, torn between two men.

The New Money Girls said they could have and handle it all. Were they right? Or was it all just talk?

Unapologetically Me by Danesha Little

For as far back as she can remember, Fatima Ward has been told that she would be a doctor. She has never challenged that path and secretly fulfills her love of telling stories online. While working on a fanfiction story using real-life rapper Jericho, she finds comfort in a new reader as her personal life implodes around her. Jericho was born Jaren Young in Brooklyn, New York. Basketball was his first love, but an incident in college ripped that dream from him. He turns to his gift of writing poetry and becomes one of Hip Hop’s top emcees after just one album. While in the midst of working on his second album, he is introduced to an online story based on his life. After reaching out to the author to learn about her inspiration, the two anonymously connect on a level neither of them expected.

This is the first book in the “Unapologetically Me” series.

The Love We Had: A Novella by C. Monet

Naomi has had the same dream over and over for years. That was to marry her high school sweetheart, Graysen. When that happens, she imagines life will be easy breezy much like everything else she has accomplished. However, with anything, life will do its best to tear it apart.

On the brink of divorce, Naomi must take a step back and figure out what happened and what went wrong. She was the perfect wife to Graysen. She cooked, she cleaned, and she loved him before she knew he would be the be all and end all.

Graysen is a man with nothing but genuine love for Naomi, but he can’t seem to get that back. Being a wife to him is more than doing the chores. He wants her compassion, he wants her attention and a little affection. Never in a million years did he think he would be filing for divorce after begging her to give him all that he desires.

Naomi and Graysen have a decision to make – leave it alone or remember the love they had. Racking her brain, she is forced to recount her steps in order to get the love of her life back. Will the love they had be enough to stick it out?

Uncover Me (Gradually Yours Book 2) by Grey Huffington*

I wanted him.
I wanted everything that he had to offer.
As much as he hated to admit it, he wanted me, too.
…And, not later as he claimed.
He wanted me now! 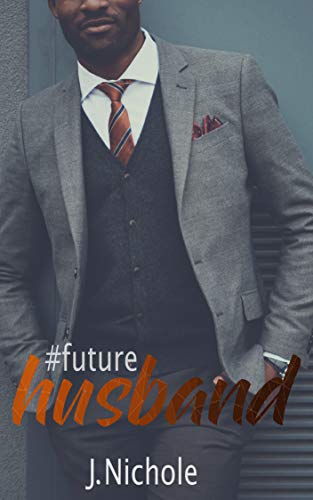 PrevPreviousReview – My Love for You, by Aubreé Pynn
NextReview – Love’s Required (Love & Redemption Book 1), by AjaNext