Hey Girl! Check out these new releases from March 25th-31st.

Love – whether good or bad, everyone wants to experience it. Everyone except for Ladi. She’s tried her hand at love and the cards that she’d been dealt never stacked up. After getting her master’s degree and moving back to Miami, Ladi’s only focus is securing her dream job.

Something that Ace Baptiste has never been… is unsure. Everything that he wants he goes for and gets it. So when he first lays eyes on Ladi and felt a connection that was undeniable it only made sense for him to have her. Will Ace’s persistence be enough to make Ladi his lady or will she be the one thing that he fails at capturing?

Ladi’s dream job has the potential to lead to a dream love, but that’s only if she opens herself up to experience it. Will she put forth the effort and give Ace a chance, or keep her heart closed off to his untainted love?

With All My Love: A Novelette (Harts Fall Book 2) by Shenaé Hailey*

He left. As if we had nothing left. – Prism

A month has passed since quite a few secrets were revealed. Secrets that had the power to destroy what Graham and Prism were trying to build before it was fully established. During that month, Graham focused on clearing his mind in preparation of claiming his woman. But… during that same month… Prism learned to live without him. Again. Will Graham be able to regain her love and trust, or will this be one time that absence does not make the heart grow fonder?

*Please note: This is an 8,000 word novelette. It showcases the solution to the problem in “With All My Heart.” While it does have a HEA and no cliffhanger, it is a very short story. If you prefer stories with a longer word count, please skip this read.*

Unleash Me (Gradually Yours Book 3) by Grey Huffington*

Nothing or no one would get in between him… and me.
Period.

Abandoned by her father at a young age, beauty therapist, Patricia Owusu, has learned the hard way that men can’t be relied on. She’s determined to make it on her own without falling into the cultural trappings of marriage. However, when she finds herself pregnant after a torrid love affair with African-American financial consultant, Ty Webber, she discovers one man’s resolve to stick around.

When Ty discovers Patricia is carrying his baby, he offers marriage, because real men take responsibility for their actions. He isn’t prepared for Patricia’s stubborn determination to make it on her own. But nothing will prevent him from claiming his child or the woman he considers his.

Can Ty convince Patricia to take a chance on him to help provide a loving home for their baby, or will Patricia’s mistrust lead her to miss out on true love and rob her child of the type of father she never had?

“When you follow in the path of your father, you learn to walk like him.” ~Ashanti Proverb

Alex Jackson is known as one half of the male offspring of Sean Jackson and Lily Masters-Jackson. Being born a twin and a genius, are secondary to Alex’s other ‘special’ gift. Now a full-grown man, Alex has followed in his father’s footsteps, by becoming an established lawyer, a skilled weapons expert, and an Heir.

Before his gifts and skills are put to the test, Alex finds a goddess unlike any other…one who has impressive gifts and skills that rival his own. Although, they each know how deadly they are individually…they soon discover that together, they have the ability to be cataclysmic.

Having already found her forever with longtime boyfriend Hassaun Kirkland, Symphonee is on cloud nine and very much in love. Growing up she deemed herself the forgotten child. The daughter that neither parent went out of their way to pay much attention to or shower with an abundance of affection. However, Hassaun’s love and attentiveness effectively removed from her heart any feelings of inadequacy and resentment that she’d harbored from her childhood. But just when she felt that her perfect life couldn’t get any more perfect, the couple is completely blindsided with life changing news. In her mind this new development threatens to dethrone her, sending her right back to last place.

Will this stubborn Buchanan sister be brave enough to push aside her own feelings to be there for her man as he embarks on this new role in life or will she allow that ugly trait to consume her, subsequently causing her to ruin things with the one man who has vowed to love her forever? 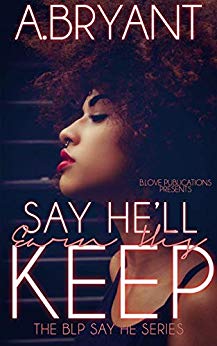 They say curiosity killed the cat. Damon is going to learn the hard way to let things go. His determination to get information and keep Lynne safe because of a slight obsession could mean his demise.

If it’s too good to be true, let it go – that was Lynne’s mantra, and she was trying her best to stick to it while dealing with the ever-persistent Damon. Damon is determined to open up Pandora’s box and Lynne is determined to shut it down by any means… even if it means closing off her heart.

Powering down has never been so hard, and Valentine’s Day has never been so sweet for Lynne or Damon. Find out why Damon can’t let love take a piece of his heart. Join them on their journey to see where it leads and if Damon will earn his keep.

Forget Me Not (Catalina Cove) by Brenda Jackson

Brenda Jackson welcomes you back to Catalina Cove, where love is waiting to be reclaimed…

Ashley Ryan never doubted that her husband, Devon, was the love of her life. Even now, three years after Devon died in a car wreck while on a business trip, Ashley can’t bring herself to move on. But when her girlfriends surprise her with a getaway to beautiful Catalina Cove, Louisiana, she gets the shock of her life when she encounters a man—bearded, more rugged than before, but unmistakably her Devon.

“Ray Sullivan” moved to this quiet coastal town after waking up in a hospital with amnesia. Haunted by a life he can’t remember, he’s built walls around his heart and a quiet life running boat tours—a life that includes no recollection of Ashley, a woman he suddenly finds himself irresistibly drawn to.

Doctors warn Ashley of the danger in forcing her husband to remember the past. Though she longs to tell him the truth, she finds herself falling all over again for a man she knows may never truly come back to her. In this place where healing and second chances are just a heartbeat away, can love take root once more?

Love Over All: A Prelude to “Love, The Series” by Aubreé Pynn

Six college friends are together again in Oakland for a weekend of fun.

Wren and Roman are facing issues in their unestablished relationship. Wren wants nothing more than for Roman to step up and follow through with everything he says he’s going to do. His inconsistency is pushing her further and further to the edge. She’s holding on by a thread and praying that he comes to his senses before she has to cut it.

Nadia and Kwame are more enemies than friends, however, they’ve made an agreement to be as cordial as possible when in group settings. Kwame is a self-crowned ladies man and is never in short supply. This trip to Oakland is more than fun for Nadia. Her first time home in seven years is laced with memories of a painful adolescence. The return home only means she has to face her assailants head on.

Brielle and Julian are in the valley of their marriage. While Brielle is busy being every woman, Julian is hiding a secret from her and everyone surrounding them. His comfort with the situation is alarming to everyone. With the news breaking of Julian’s betrayal, everyone is questioning their relationships.

There’s a pull happening throughout the crew. Relationships will be broken, and bonds will be torn. Will they be able to repair the nucleus of who they are? Find out in Love Over All, a prelude to “Love, The Series.”

This is an introduction.

The Warriors’ Gift by AlTonya Washington

Home to Gods, Warriors, and Priests, the Origin Realm had lived in the shadow of uneasy peace. The Creator had charged the realm’s powerful inhabitants with the care, protection, and survival of its sister realm on the mortal plane. A plan for its continued survival gave rise to differences among the immortal races and eventually war.

Scientist, Keturah Dyson would have been the first to argue the idea that her ‘destiny’ involved anything more than her search for dark energy. When her detecting talents led her to a desolate stretch of land in Northern Texas and its dark, formidable owner, destiny; at last, had its say.

For too long, the Warrior Osmium had stifled anything beyond his basic desires where women were concerned. Keturah Dyson was a rarity and Oz found his ability to resist her…nonexistent. Attraction was undeniable and yet Oz sensed there was more at work between them. Keturah Dyson was more than an attraction, more than a diversion. She possessed a mark that should have been impossible for her to have. It was a mark that labeled her as a Warrior’s Gift. 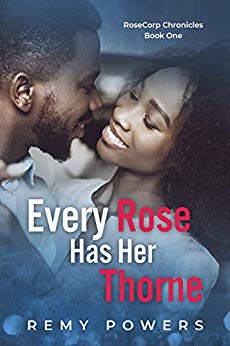 All work and no play may make Jill a dull girl, but it helped Emma soar professionally. It left no time for a romantic life, but that was a tradeoff she was willing to make. So, when Emma comes back home for a work opportunity, she decides to keep that same philosophy.
That’s all good and well until she meets Roman. Try as she might to resist him, they end up starting a secret fling. Things get complicated when they find out they’re from rival families.
Do they continue the illicit affair or break it off? Can they really go from enemies to lovers? What happens if they start to develop real feelings? Or if their families find out? Her mother is already hypercritical of every decision she makes. Not to mention another man comes into the picture to vie for her affection.
Emma will have to do everything she can to keep this relationship from being a thorn in her side.
BUY HERE 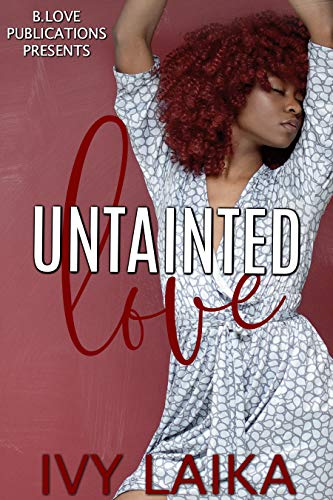 PrevPreviousPodcast – Cereal
NextReview – Who to Love (A Spin-Off), by Sabrina B. ScalesNext