Hey Girl! Check out these new releases from May 9th-15th.

Something Real by A.C. Taylor

“I don’t want to pretend like what we have isn’t real. You may be cool with that, but that’s not me.” –Maze

Kasauni Rich couldn’t stop loving Maze even if she tried, and she’d definitely tried. As far as she was concerned, he was everything she didn’t need. A musician, a ladies’ man, and a social media star that every woman wanted to get their hands on. But Maze was also loving, loyal, and her biggest protector. His onstage persona was nothing compared to the man he was behind closed doors, and that’s who she couldn’t stop herself from falling in love with. But Kasauni’s fear of being in the public eye was a lot stronger than her heart. She couldn’t see past the horrible world she might be up against. Little did she know, everything she thought she could run away from was determined to meet her at her front door.

Maze didn’t deny his reputation when it came to women, but he knew there was only one woman that could tame his heart. Unfortunately, Kasauni had made it very clear that she wasn’t up for the challenge, and Maze found a way to accept that. But after learning that she was carrying his child, going along with her wishes seemed impossible. He wanted more, and he couldn’t pretend otherwise.

See what happens when every behind-the-scenes moment unfolds under the spotlight. Will Maze be able to get a handle on the craziness surrounding his lifestyle and win Kasauni’s heart? Or will they realize that their bond isn’t as strong as they thought, and let go of each other for good?

Into Your Orbit (A Rekindled Love Book 1) by BriAnn Danae

Connecting at a young age Ayceion and Nikhol build a friendship that unexpectedly separates them, leaving Ayce with a yearning heart. He wanted nothing more than to care for her as best as possible. When the opportunity presents itself, Ayce just does that.

Nikhol didn’t think the tall boy with the prettiest shade of brown skin who lived in her building would become her first real friend. Ayce was her first true love, and heartbreak at twelve years old. In a sense, Nikhol resented him but thanked him for changing her life as well.

Afraid to let him completely into her world when the universe aligns their paths a second time, Nikhol does what she knows best and runs. Not far, though, because Ayce didn’t let her. His name should’ve been in the dictionary next to apply and pressure because he did exactly that. Now that he was back in her world, Ayce wanted to reside there and give Nikhol no reason for her feelings to shift.

This is a short tale of love, loss, and the rekindling of what was always destined to be.

Results of a Broken Heart by Iesha Bree

If you have read Santa’s baby in the anthology, Santa Sing Me A Christmas Carol. You have already met Dominic and Uriah. But, you were left on the hook and now I am ready to let you off.

Uriah Cox has had her life planned since she was a kid. She envisioned the perfect life, marriage, two kids, a home filled with love and laughter, and a business she could be proud of by 26. But life has a funny way of showing you who is really in charge. When the man she thought she would spend the rest of her life with decides to leave her in the most heart shattering way, her dreams come to a screeching halt.

Now, in a deep state of depression, Uriah finds herself in the arms of Dominic Knight a smooth firefighter who prefers to just fly under the radar. Nic never thought he would be in love or at least he didn’t think he was worth the shot. Until a surprise pregnancy by a woman who he has only known for one night shocks him and rocks his world.

Will they allow life to just flow or try and control the bumps and bruises at every turn? Find out if this heartbreak will result in love or ache.

Unconditional: A Love Story by Shon

Charli is everything Damian ever wanted.

Captivated from the moment they met, he allowed her to set the tone for their summer fling.

But when the summer was over and he wanted more, he soon found out that maybe his feelings were one-sided.

That was two years ago and he’s still stuck on Charli. He needs to move on.

A lot has changed since they last saw each other, but Damian can’t shake the what-ifs. And the moment they cross paths again he knows his heart still belongs to the elusive woman who stole it the first time he laid eyes on her.

Who’s to say they won’t get it right this time around?

Love is and always will be the trickiest thing in life anyone will ever have to deal with. There are so many phases of it that you can get hung up on one too long. Love allows people to accept things they shouldn’t and overlook the many signs that warn us that danger is near.
Wynter is a loving wife and mother that puts her family before anything. Because of how society views her, she has to go even harder to be acknowledged as a human being. She has more meat on her bones than a little, but she’s never lacked in the beauty department. However, that isn’t enough to keep the man she calls her husband all about her.
Thyme is the man women dream of having on their arm and in the bedroom. His bright tattooed skin and handsome features causes any woman to forget what they have going on just to get a piece of him. He is a man that enjoys a challenge and finds that in Wynter. She is off limits but that doesn’t stop him.
One man’s junk is another man’s treasure will always be true, but what if another man’s treasure ends up stolen? With everything Wynter has going on, time just isn’t on her side, and Thyme isn’t making it any easier.

A Mature Love by Mel Dau

Fiva Leota was groomed to be the perfect wife. She grew up watching her parents’ mature love and desperately wants her own. Her own personal choices in men have jaded her impression of love, but will she be able to tell when real love is in her face? Her habit of normalizing toxicity is making it difficult for her to navigate the relationship her beau has with his child’s mother. Will she allow her mind to narrate a story line that is fictional, or will she let her mind’s fiction become a non-fictional problem?

Hassan Glover understands love in its purest form, and more importantly, he understands healthy love. Will his maturity be able to move through Fiva in an osmosis type of manner, or will she continue to get in her own way? His relationship with his child’s mother has always been an issue in the past and with Fiva’s runaway imagination it makes that issue larger than life. The love he has for Fiva is strong, but will it be enough?

Explore Hassan and Fiva’s relationship as they both grow in A Mature Love.

Stacie and Londyn have a friendship that can easily be misinterpreted, but they understand it. They thrive off of it, and depend on it. He is her shelter, and she is his escape.

When Londyn is faced with a traumatic experience, Stacie is there to give her the comfort that she needs. He does everything he can to bring her out of a dark place, only for him to sink down into his own sorrow.

Misguided feelings, and the need for a distraction sends Stacie back into the arms of a woman who is no good for him, with Londyn stuck in the middle.

When it’s all said and done, is there more to their friendship than they realize, or are they meant to only be the best of friends, and nothing more?

Our Love Is All We Have: A North Brooke Port Novel by Nikqua

Sworn off love a long time ago, Shandra Simpson doesn’t want to give in to the man who lights a fire inside of her. Not wanting to get burned, she tries to dodge him as much as she can. Seeing as if it’s not working, Shandra finds herself in a relationship with Jahlil. They connect on a level that scares her.
Jahlil Kennedy has never been the settling down type. He has ‘hos’, as he calls the women he messes with. Meeting Shandra changes everything for him. He goes from being a ladies’ man to only being with one lady.
As the couple’s relationship and bond grows, jealousy of another comes afloat. How will the two deal with the problem that’s among them? Will their love conquer all, or will they be forced to end their relationship?

Covered In His Arms by Erika B.

Torryn Howard loves to smile and help those she loves. She lives by the saying, treat others how you want to be treated, and it has always worked for her—until it didn’t. Now she is tasked with starting over, but will she be able to once she hits rock bottom, or will she stick to what her heart knows?

Lorenzo Edwards has the urge to buck the system. Still, he knows that he never will because he is serious about his responsibilities. Arranged job, arranged marriage… arranged life. When new information falls in Lorenzo’s lap, he finds himself between the arrangement and recklessness.

Torryn is at her lowest point, and Lorenzo feels like he needs a change. Two unlikely souls meet at an unlikely time, and worlds are turned upside down. Once Lorenzo and Torryn get a taste of happiness, will they be able to let go, or will they do anything to hold onto the peace they found?

Meant To Be: When Love Is Meant To Be.. (The BE Series Book 1) by Bianca L. Eugene

Boy meets girl in the third grade. They grow up together. She teaches him how to slow dance. He teaches her how to make a 3-point shot. Boy escorts girl to their Senior Prom. Boy becomes a professional basketball player. Girl becomes event planner in their hometown. Fast forward twenty years later, they reunite at their high school reunion planned by girl.

What happens when secrets are revealed and feelings that were tucked away bubble to the surface? Follow Adonis and Savannah through their journey of forgiveness, friendship, and love in Meant to Be, the first installment of the BE Series.

A Love : Rekindled Love (A Love Series) by Nia Watkins

Tate finds that to do wrong is human and to forgive is divine when he goes back home from the SEALS to the mother of his son. But his son does not know him anymore and does not seem to want anything to do with him.
While Tate fights for the love of his life to come back to him, he must also fight for acceptance from Yasmine’s father and his son, Jermaine.
Danger brings father and son together, and Aman, Yasmine’s father must now offer his blessings to a union he never saw existing. 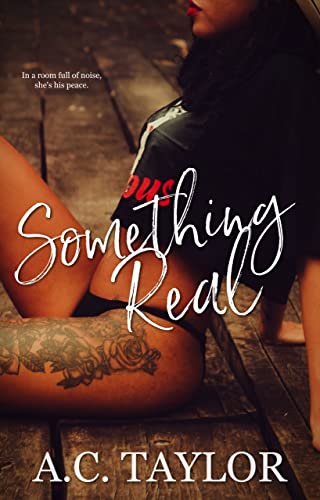 PrevPreviousBook Spotlight – One Ain’t Enough, by Mo Flames
NextCover Reveal – Rather Be With You, by ashleyNext