Hey Girl! Check out these new releases from November 11th-17th.

As We Lay by Grey Huffington

Honestly, I think you should just read it.

Plus One: An Equilibrium Short by Christina C. Jones

There’s always room for one more… and not just at the Thanksgiving dinner table.
(Again – THIS IS A SHORT. It’s cute.) 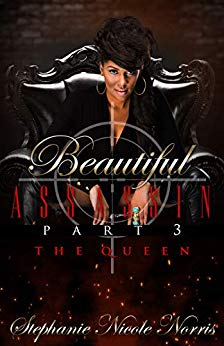 As the reigning queen of a crime organization, hit-woman Celine Devereaux has a constant target on her back. Ruling alongside the boss is what she is made for. But when a new enemy arises, it catches the Devereaux organization off guard, triggering a war that erupts in the streets of Chicago.

With a battle raging, Celine and Brian fight with the strength not only of their army, but their love for one another to make it through unscathed. That same love drives the force of their determination to win… and winning is the only option, if they want to survive. 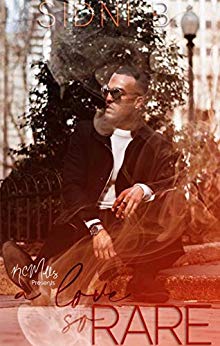 Love So Rare by Sidni B.

Hardened by a tragic childhood event, Raja spent his entire life building a wall that his girlfriend, Ayana, can’t penetrate no matter how hard she tries. When Ra decides they need a break to figure out whether or not they’re truly meant to be, life throws him a curveball he never expected. Sparks fly when he stumbles across Kimani, but their budding friendships sends Ayana on a warpath to try and get her man back.

After his ex-girlfriend left him high and dry, Cain committed himself to rapping and caring for his grandmother. Love was the last thing on his mind, but when he runs into Brelynn, a sassy force to be reckoned with, he finds himself involuntarily traveling down the one path he wants to avoid as the two engage in an intense game of tug of war for his heart.

Shiloh and her man have been happily in love for the past few months, or so she thought. When he starts moving funny, Cartier is there to step in and put a claim on her heart. Caught between what she thought she wanted and the force that won’t take no for an answer, Shiloh is left to choose to stick to what she knows or take a chance on something new. 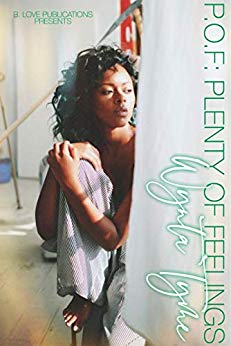 Dreka Lenoir is a twenty-seven-year-old seasoned accountant at Brook & Brooke bank. She loves her job and clients but once it’s time to clock out, reality sets in again and loneliness fills her world like an overbearing parent. Dreka makes the conscious choice to get out more with her best friend and Godsister, Kass, to meet guys. After a while, all she’s left with is the feeling of hopelessness. That is, until her best friend introduces her to online dating. Deciding to throw caution to the wind and give it a shot, Dreka dives in headfirst.

Out of all the prospects, she meets Tyus. Tyus is captivated by Dreka’s beauty but spellbound by her genuine heart. He wanted to take Dreka’s heart, but he wasn’t talking about robbery. He meant lots of talks and texts. The point of getting from out of her profile inbox and stored permanently in her call log. However, two other characters are also vying for her attention.

Sweet and steamy messages every day fuels the energy for their first physical encounter. Will Dreka make the right decision when she has to choose between three men? Who will she choose? Hopefully Ms. Dreka doesn’t become overwhelmed with the drama and decide to shrink and welcome back Mr. Lonely with open arms. 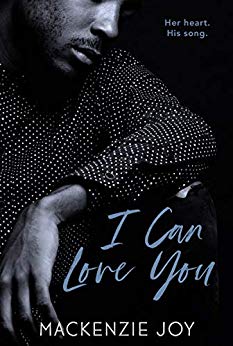 I Can Love You by Mackenzie Joy

R&B sensation Tara Russell is at the top of her game. It’s cost her nearly everything, but her hard work and sacrifice has finally paid off. All she needs now is for her new album to succeed. Too bad her best friend and music producer thinks that won’t happen unless she opens up her heart, bleeds onto a page, and creates an epic love song. But how is she supposed to write a song like that when her only experience with love ended in devastation?

Quinton “Q” Ellis is on a mission. He’s determined to be the muse Tara needs to produce the best album of her career. If he can help her overcome everything she’s been through and set her emotions to music, she’ll become a legend. And if he’s really lucky, he might even be able to convince her that love without pain is possible … and to see him as more than just a friend.

It’s not long before the lines between friendship and passion blur. They’re hitting all the right notes together, but can two people with troubled pasts and a handful of heartbreaking secrets between them find their way to happily ever after?

After separating herself from an abusive ex-boyfriend of three years, the beautiful Aubrey Collins is finally living her best life. Her professional life is thriving. She has gained her independence, a new man and after reconnecting with her best friends, she starts to regain her confidence while piecing together the puzzle of her once fractured young life. Time will test her resolve again in a major way that will bring out another side of her that no one knew existed.

Monroe King is a sexy, smart, and successful entrepreneur with a thriving automotive business, but things are not always as they appear. He has a few secrets up his sleeve that he’d prefer remain that way from Aubrey. Unbeknownst to him, there are obstacles in the way waiting in the shadows for the time to wreak havoc on his relationship from a distance.

Sam and Joe find love, but once love starts to become unrequited on one end, the distance starts to drive them apart. Will they become convinced that they are meant to be together? Or is this the end before they even get started?

There is a common nemesis for them all. Will their worlds collide in horrible chaos? Or will love blossom and propel itself forward? In the second installment of the Never Be Anotha series, the twists and turns continue with lies, secrets, tribulations as well as epic triumphs.

To Love & Love Again: Malachi’s Response (The Soul of A Man Collection) by Thaddeus Kane

Malachi Green, a young, handsome multi-millionaire is the operating owner and inheritor of his family’s publishing empire, UniQue Magazine. He is separated from his wife, Diana, a cunning, calculating, bewitchingly, beautiful supermodel who is never satisfied. Amidst scandal, paper chasing, and a treacherous spell of infidelity, Malachi finds himself on a quest for love and happiness as he transitions from an unfruitful marriage to a series of questionable affairs. To his surprise, he finds what he is searching for right under his nose, his newly promoted managing editor, Salima, who is full of charm, wit, and beauty. The plot twists and turns, addressing the risks of falling in love and the promise that newfound love brings, and the challenges of sustaining that love once it is acquired. But will the other women, including his estranged wife, Diana, twirling about his world, allow a romance with Salima to blossom? Will the devious intentions of these others overtake the passion brewing between him and Salima and destroy their chances at love forever? This is a passionate tale of what we all crave: a unique love of our own with little or no collateral damage … or so we hope. 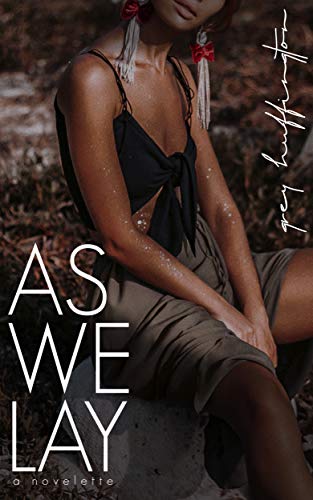