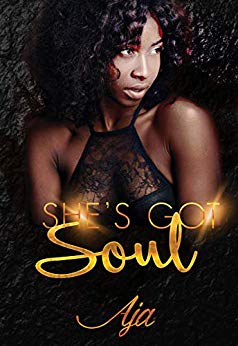 soul mate
/ˈsōl ˌmāt/
noun
a person ideally suited to another as a close friend or romantic partner.

Zola Lewis is many things to many people. She’s a marketing extraordinaire by day, and a podcast host by night. She’s also a devoted daughter, a funny and caregiving auntie to her sister’s daughter. But, the one thing she is not, is a wife to a loving husband and she’s beginning to think that could never happen because she’s entirely too opinionated for most men. One night on her live podcast, she experienced a challenging caller who seemed to aggravate her more than a little, and Zola wondered who was more opinionated. Zola or the caller?

Khalil Berry was a bit of a nerd growing up, and as a result, also a bit of a late bloomer. Time not spent with girls allowed him to stick with books. His big brain landed him many opportunities and by his mid-twenties, he’d amassed a fortune from his software apps. The latest app he’s developing requires more hands on research and he decides to do the research himself. First stop, listening to a podcast by a woman talking about women; a topic he was beginning to learn more about since his money seems attracts them all the time. The task was simple, listen and take notes. But, her voice is too melodic and her words, well, let’s just say she didn’t know what she was talking about as far as he was concerned. So he calls in to correct her.

They’re both great at giving a piece of their mind, but can they hand over their well-guarded hearts?

Can’t say she didn’t warn him.

Despite his neighbor’s confession that she’s a jinx and evidence to back up the claim – a smitten Ned Dixon believes she’s his happily ever after.

When fate puts the couple’s relationship to the test, Ned gets a taste of the true definition of unlucky. Freak incidents occur after every intimate moment, each one as frightening as the sex is hot.

Now Ned isn’t questioning if he’s found true love with the girl next door – but whether or not he can survive it? 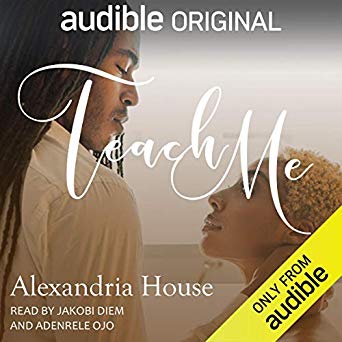 Teach Me by Alexandria House

Stable, safe, predictable – all words that aptly describe Professor Nadia Day’s life. An existence she’s carefully crafted for herself despite her unconventional upbringing and what, to her, is an unseemly past. More than anything, she wants to forget her unstable history, and the last thing she would ever do is rock the boat when it comes to her life and livelihood.

When retired football player and single dad, Nathan Moore, walks into her psychology classroom, all fine and dreadlocked, he does more than rock her boat – he rocks her world and causes her to question her buttoned-up existence.

Will the professor give in to her desires and become a student of love?

After meeting at her ex-boyfriend’s wedding, Dazi is ready to see where the relationship with Kamari will go. She quickly finds out who he really is but she doesn’t let that get in the way of them. She has no idea what she’s getting into with Kamari, but she knows she isn’t backing down.
Faith hasn’t given Saint the time of day since they met at the wedding, but she has her own reasons. Reasons that she’s keeping to herself because she doesn’t want her family to find out.
Serenity has been with her fiancé for ten years, but there is no wedding in sight. From the outside looking in, they look like the perfect couple, but Serenity is keeping secrets of her own.
Join these three sisters as they go through their everyday life of drama, pettiness, and secrets.

The Escape (A Novella) by Tiye Love

She needed to escape from heartbreak. He just needed her.

Skye Baptiste, hurt over the end of her engagement travels to Los Angeles for a week to heal. While coming to terms with the demise of her relationship, she has a chance encounter with superstar Jordan Matthews at a hotel bistro that turns her whole world upside down.

For the five Reeves women, nothing is more important than keeping their family bond tight and their communication flowing. But honesty isn’t so clear cut when it could blow up everything they’ve fought to build . . .

Already reeling from betrayal, middle sister Coco is fed up with lies—including her own. If she has her way, someone else’s neck needs to be on the line for a change. But soon, Coco’s in deep trouble with the law, her future hanging in the balance . . . Now the only thing that can save her is revealing one last devastating truth.

Struggling with unthinkable loss, Coco’s sister, Burgundy, finds comfort in a colleague’s arms. But her
eight-year-old daughter wants no part of him. She wants the life she enjoyed when her father was alive. As Burgundy fights to move on from the shocking tragedy of her marriage, she seeks a silver lining. And against all odds, she wants herself and all her sisters to win. In spite of secrets, lies, deception, and hurt, she will do whatever it takes to support and empower her family. Even if it means risking everything that’s important to her.

Now between revenge, grief, and forgiveness, these siblings will challenge themselves—and all they think they know about each other—in a showdown that may leave them united—or cause them to forever fall apart . . .

Gina’s Plus One: A Short Story (Morningstar Romance Book 3) by L. Jena’ Luwoye
If life were a script, the heart would choose improv.

Newly single Gina Friend just wants to get through Thanksgiving break without her family’s criticism.

Fresh out of a toxic relationship that made her think good men must come at a price she can’t afford, she prepares to face her family alone for Thanksgiving.

Until a handsome theater teacher offers to be her plus one.

Beau Holiday is starting his new life in Morningstar while recovering from a failed engagement and a sudden career change. With a chance meeting right before the holiday, he seizes the opportunity to help his gorgeous co-worker by performing his best role yet.

Can these two make it through dinner without blowing their cover or will their growing feelings for each other cause them to go off script?

This is a sweet romance and the third short story in the Morningstar series (around 8.6k words). It was written as a standalone or to be read after Better than Roses, Book 1 in the series.

BUY HERE
If there are any new releases that we missed, feel free to send them our way and we will add them ASAP!

PrevPreviousReview – Let Me Be Your Motivation, by Tay Mo’Nae
NextReview – f*ck and fall in love: a novella, by Nicole FallsNext