Hey Girl! Check out these new releases from October 5th-11th.

When Maddox’s grandmother dies and leaves him with her half of the only black owned movie theater in Legacy Lakes, the last thing he wants to do is leave his highly lucrative job and beautifully well-kept woman behind… especially to deal with Daliah — the other owner of the theater and his childhood nemesis.

Unlike Maddox, Daliah wants to keep the theater open and improve it to bring in a younger crowd. While they may not agree on what to do with the business left to them, they can agree on one thing — neither of them wants anything to do with love.

As always, fate begins to work in their unwilling favor. While Daliah works to create reel love within Maddox… he begins to create real love within her. Will they accept both of their grandmothers meddling from their graves and surrender to fate… or will this be one romance that ends without a happily ever after?

Karma by A. Bryant

Karma was just doing her job. During a girls trip she comes across a God, also known as Aries. Instantly a smoldering love affair begins but Karma isn’t here for that. She’s just here to do her job. When she tried to do just that, well Aries wasn’t having it.

A self proclaimed God, Aries finds a walking Queen at his families’ villa. After an affair on the island he truly meets his karma. Unable to get her out of his mind, he hopes to find her in the United States so that he can give a relationship a try.

This book will touch upon the killing of black men and the black women who fight hard every day to keep them alive. Karma accepts that her purpose is to save the black community not enjoy the fruits of her labor.

A Love Like His follows four brides on their personal journeys towards Holy matrimony, but there is one problem: they must successfully complete a one-week couple’s retreat before Pastor Charlotte Moore will agree to officiate their weddings.

Rosalyn has yet to meet a man she can’t have, and Brandon Lowe is no exception. As an up and coming fashion designer, he is her one-way ticket to Atlanta’s upper echelon and an escape from her past. Therefore, she will stop at nothing to become his lifelong trophy—and wife—well, unless someone more appetizing arrives.

Troi knows a vulture when she sees one, and Rosalyn fits the bill. She would hate to see Brandon, her closest friend, make the biggest mistake of his life, but she has her own relationship to monitor. With her stability constantly in question and her own mother presiding as both her pastor and retreat therapist, she is prepared for a retreat from hell.

Maliah, on the other hand, is an accomplished counselor who suffers from her own insecurities. She has the man she’s been searching for, but does she deserve him? She’s not sure that she does, especially considering how different she is from his ex. Her heart tells her that he’s the man for her, her mind says otherwise.

Alyssa owes her career to her fiancé, Keith, who has proven to be a man of vision, leadership, and ambition. But fidelity? Not so much. As she grapples with making her own decisions for her life, she must re-evaluate her idea of marriage and womanhood. Luckily, she has new friends to help. A Love Like His is sure to be a charming tale of deception, self-discovery, spiritual growth, and companionship, as four brides and a pastor explore the true meaning of God-ordained love.

All he needed was someone to steal his heart.

Overworked and fed up, William King takes a long overdue vacation.
Wanting some much-needed R&R, William is ready to let loose. When he sees her, Steal Dream, he thinks his mind is playing tricks on him. How could they both be in Antigua at the same time?
And yes, Steal, his childhood friend, is all grown up and threatening to make William love again.

Steal welcomes her time away at a work conference as a distraction to get over her college beau and his childish ways. When she runs into William, Steal decides she’s ready for a real man. However, when she gets home, her ex decides he’s not prepared to call it quits.

Will William and Steal fall back into old ways when they return home or take a chance on new love?

Have you ever come upon a man, and everything about him is beautiful? Well, that is the case when Zenalisa met her husband, Lyman, for the first time. They fell in love, and she gave him her all. Three years later, they are still going strong.Zena finishes college and starts working at the hospital as the Director of Nursing.Their work hours start to put a strain on their relationship when suddenly Zena gets hit with some unexpected news. That news could change her and Lyman’s marriage forever. Lyman is a man with a promising career, making good money to match his striking good looks, he was a man she didn’t want to lose.Lyman begins to think he’s God’s gift to women. Although Lyman has a stellar wife at home, he still has to dibble and dabble with other women. What happens when the dibble that he’s been doing catches hold of him? Will he come to his senses and do right, or will he continue to do him?As the saying goes, what’s done in the dark will come to light. That’s precisely what happens and when his secret is exposed. Will Zena forgive her husband, or will she look at him as He’s Beautiful Liar?

Running Out of Time (Moriah’s Boys Book 1) by M.L. Sexton

Mehki Panton is the co-CEO of Panton Scaping. A Dillard University graduate with a master’s in architecture, he is one of the most sought after bachelors, along with his three brothers, in Houston, Tx. He is still trying to navigate through his trust issues from his dad leaving when he was a kid and heartbreak from a past toxic relationship. When his dad comes back, and his ex trying to weasel her way back in, Mehki doesn’t know where to turn, and his anger becomes an eclipse to his logical thinking.

Bahati Carver is a women’s rights advocate for black women, she runs her own organization, Voices of Hue Women, having graduated from Spelman with a master’s in African and African Diaspora studies. She embodies women empowerment. What she doesn’t expect is to fall for a bachelor who she knows will go against everything she believes in. Bahati grew up in the foster system with her sister, Kamaria, and her best friend, Carter. Her mother turned to drugs after her grandmother passed. Out of nowhere, her mother shows up nearly almost three decades later, and threatens to dismantle everything Bahati has worked so hard to achieve.

Mehki and Bahati have pasts that resurface at the wrong time, stirring up emotions they had long suppressed. But what happens when these emotions come between the magnetic connection they have built? Will it be too late for them to have true love and rid their past hurt?

Don’t Love Without Me by Tucora Monique

Best friends, Dawson Khan and Junior Camaro, are the definition of started from the bottom, now we’re here. Meeting more than a decade ago, the owners of the marketing firm, The Brown Brand, have done everything as a unit since being forced to collaborate when younger.

After knocking down their goals like bowling pins, Dawson notices her change of heart seeing Junior form a special bond outside of theirs. The shift causes her to pull away and into a space that may scar her for life. On the contrary, Junior finds himself confused and drawn closer when Dawson experiences a life-changing occurrence he feels is theirs to nurture.

Of all they have accomplished together, can love become their greatest accolade?

Eugeena and Amos are married, but the happy couple may see their new life fall apart when Amos’ daughter moves in next door. Briana Jones is cooking up mayhem when she hooks up with old friends.

When Amos receives a call in the middle of the night, he jumps into action to help his daughter whose quickly becoming a suspect in a murder. Eugeena doesn’t want to rock the boat between Amos and his daughter, but she can tell Briana is keeping secrets.

How is Eugeena going to help find the real murderer and keep her new marriage together?

Maya Taylor lived a glamorous life before she fell victim to a car accident and succumbed to an opioid addiction. Fortunately, her good friend Adom opens his home to her to help her overcome her demons.

Adom Annan is Ghanaian royalty who works in the US as a hedge fund manager who is used to getting his way. He can conquer any woman. But he doesn’t want any woman. He wants Maya.

As Adom devotes himself to nursing Maya back to health, his all-consuming job and royal responsibilities threaten to overcome him and keep him from what he really wants most.

This is the second book in the refreshing international romance series, Sexy Sovereigns. It follows “Craving A King,” but it is a stand-alone novel. It ends without a cliffhanger and promises the reader a happily ever after. It is also hot and steamy!

In this dramatic sequel to her debut Reasonable Insanity – A Dr. Olivia C. Maxwell Novel, Cynthia Freeman Gibbs delivers another evocative account of the life-altering pathway of a psychologist on a mission to control her impulsive reactions to adversity.

Two months of freedom from prison have passed – but Dr. Olivia C. Maxwell is not free from the rage that landed her behind bars. Fury toward her soon-to-be ex-husband, Malcolm, is amplified by decisions he’s made about the lives of their two children, along with the announcement of his unexpected fiancée. Olivia must reckon with the impact her reckless actions have on her kids while balancing moving forward to a life without the insatiable urge for revenge.

Olivia’s best friend, Savannah Menefee, is open to exploring out-of-the-box relationships. No-nonsense Savvy lowers barriers around her heart for unusual encounters to find the right man for her life – and now she’s exposed herself to a dangerous rendezvous. The redeeming power of friendship is evident in the midst of Olivia and Savvy both navigating through chaotic relationships that bring about twists, terror and possibly, destruction.

Quade Jackson was fascinated with Grace Gail. That fascination only grew when she became his housekeeper. However, there were some things about Grace that didn’t add up. She didn’t want to talk about her past, and she was mostly closed mouth on her life in the cult she escaped from, the same cult that missing heiress Desiree Cordova was rumored to have stayed.

It was all very mysterious, but Quade was determined to get to the bottom of everything because deep down, he knew that he and Grace had something worth exploring, and he wanted his mysterious Grace to be honest with him. 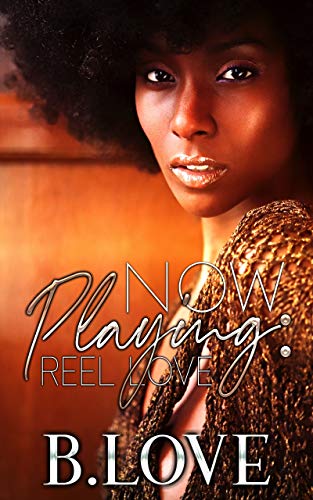