Hey Girl! Check out these new releases from September 6th-12th.

All To Me by Ashantay Keys

If only marriage was the well of wishes it had been painted to be. Charlee Dahl, a therapist, struggled to make her union work. However, her husband’s desire to have a baby and her struggle to fulfill that desire, has left them at odds. Desperate for help, upon the suggestion of her boss, Charlee takes on an orthodox way of finding peace within herself.

Chester Knight teaches Paint Therapy. As a successful artist recovering from a painful breakup, he finds what’s therapeutic for him can do the same for others. With his craft, he could be full and stand clear of that thing called, love. However, when “she” walks in, his heart begs to be opened again. Was his healing all for naught? Or will life finally imitate the beauty he has found in art?

Who Can I Run To by Monica Walters

When tragedy strikes, it hits hard, and Chantrice Leonard is still reeling from its blow. Life just isn’t the same, and she’s doing her best to rid her spirit of the grief she feels by submerging herself in work. She believes that as long as she keeps busy, she won’t have to deal with the loss she’s suffering. However, a family dinner, in which she meets a man that was impacted by her loss as well, forces her to face it head on.

Being an overcomer is just part of who Orion Gentry is. Positivity pours from him on a daily basis, but it doesn’t mean that his life is without struggles. Having a severe medical crisis takes a toll on him mentally and physically but he doesn’t stop trying to be the best version of himself. While there are weak moments, he maintains his focus on a positive outcome. But when he meets a woman directly connected to his lifeline, he falls immediately and knows that his struggles have not been in vain.

Chantrice and Orion meet and sparks fly, but the premise on which this meeting occurs makes Chantrice feel as though she wants to attach herself to him for the wrong reasons. Orion refuses to give up on her and allow his destiny to willingly walk out of his life. Will Chantrice stop overthinking and just go with the flow, or will she allow her reservations to control her heart?

Zayviore “Wild” Thomas is as reckless as he is loyal. Most of his life has been spent righting the wrongs of his past and taking care of those around him. A lot has changed since he first entered the Mercer‘s lives and he’s now in a position that he no longer has to act out in secrecy. Or hide his growing affection for the youngest member of the family, Naijlah.

Naijlah is not only finding herself but success in her life. The same can’t be said for her romantic endeavors. Having been her shoulder to cry on one too many times, Zayviore can no longer hide his true feelings for her, knowing that only he can be everything she needs and wants.

Selfishly, Zayviore is no longer willing to share Naijlah with the unfit men who continuously cause her pain. Unable to let go of his freedom or his current lifestyle, Zayviore unintentionally finds himself creating the same heartache. In spite of their differences and not being able to see eye to eye, the pair always agreed that it was love above all else but when Naijlah grows tired of their current situation will love be enough to hold them together?

While trying to find her place in the world as a single, recently divorced woman, Capri Givens is approached with an offer from the very man she’d separated from. An offer she can’t refuse.

Backsliding with a man that still honestly held her heart was probably a bad idea, but the chemistry they shared in the bedroom was undeniable and her lack of luck in finding someone new spurred her decision to agree.

They were adults and could handle this, right?

But the more time she spends with him, she realizes that maybe they’d ended things prematurely. Maybe they hadn’t fought hard enough to stay together.

And maybe, just maybe, she was still a little bit in love with Truth.

Between Me And You by Khadijah J.

“One look into your eyes and I could see there’s so much more than what meets the eye.”

Lianna Scott was introduced in Promises From A Hood Legend. At first sight, she gives the impression of being just the average beautiful girl with a banging body, but there’s a saying to never judge a book by its cover. Wyzdum Jones never had a solid foundation growing up. Still, being a wealthy, handsome bachelor with a hood reputation made him one of the most lusted after men in Mahari. It was hard to find something real until he ran into Lianna.
.
Upon first glance, Lianna thought she had Wyzdum figured out and vice versa. However, with one stare into each other’s eyes, Wyzdum knew Lianna was potentially everything he was searching for. With Lianna being hurt in the past and Wyzdum coming from rags to riches, they carried themselves differently. There’s a saying opposites attract, but attraction doesn’t always equate to being easy.

Follow Wyz and Lianna in their own beautiful yet complex love story. Will they get the fairytale ending, or will life throw too many curveballs their way and cause them to walk away from other?

Paint My Heart by Vivian Blue

Ginger Alexander has her whole life ahead of her once she completes the final project to earn her art degree. The problem is she can’t find the inspiration needed to paint the masterpieces she needs. With a deadline months away, things were looking bleak. No way could she explain to her parents she couldn’t graduate because she lost focus.

Quentin ‘Moose’ Goldberg is an up and coming real estate investor taking the city by storm. As a successful businessman with lucrative investments, his company continues to grow every year. With a reputation for being a ladies’ man, Moose has his pick of women at his beck and call. His mother keeps applying pressure about getting married, but without the perfect woman Moose wasn’t ready for that type of commitment.

A chance encounter between Ginger and Moose sets into motion an intricate game of cat and mouse. Ginger’s misconception of Moose from their first meeting causes her to question the moral fiber she so heavily believes in. Moose is willing to play along with Ginger’s naivety until the truth presents itself. Will they be able to create the perfect love story? Or will they find that their positions in life are too difficult to make things work?

IS GOD SOVEREIGN OVER TRIUMPH AND TRAGEDY?

Bullies and family disasters have left eighteen-year-old Teeyana Sparks filled with anxiety and doubt. She feels pressured to believe in God, but as she embarks on her college journey in the hope of one day working at Google as a graphic designer, the only thing she believes in is controlling her own life. Things change when she meets Jayden Williams—the guy with a charming smile and kind heart.

Struggling with grief and recovering from a season of depression, nineteen-year-old Jayden is determined to help Teeyana believe in God’s goodness again. But when yet another tragedy strikes close to home, Teeyana’s response exposes Jayden’s unhealed wounds and tips him into a mental health relapse.

With the looming possibility of not getting her dream life, Teeyana is caught between holding on to her illusion of control and surrendering to a God she’s rejected. And as Jayden strives to break out of his despondency, he has to face that letting God in may involve him letting go of his friendship with Teeyana. Teeyana and Jayden must wrestle with uncomfortable truths, and the pride in their hearts, in order to face their biggest giant—God’s sovereignty over both triumph and tragedy.

The One Who Knows Me, book one in the Sovereign Love series, is a heart-warming standalone novel about hope and learning to take comfort in the sovereign goodness of a loving God who knows all things.

One weekend. Four Stories.
Four lives bound together by blood, secrets, love, and passion.
Zora’s 50th birthday weekend is rocked by unplanned nights spent in the arms of a much younger man
while her husband is away.
Will she be able to put the events of the weekend behind her? Or will her life be forever changed?

Walking Through the Flames: Never As It Seems Serial Book 4 by Gomer Joseph

Revenge is a double edged sword…

Newlyweds Ralph and Gloria Cooper are out for blood. Convinced that the Auguste family has wronged them, the Coopers are determined to bring their enemies to their knees. And they’re willing to cause chaos and mayhem at every turn, all in the name of revenge…

Slowly, they set their sights on their target. The trap is sprung… And as their wrath grows, innocent people are caught in the crossfire. But for Ralph and Gloria, no price is too great. This psychotic duo won’t stop until vengeance is theirs.

The Auguste family has survived tragedy, murder and betrayal… But they’ve never faced anything like this. How many attacks can the family possibly endure?

And when the dust settles, who will be left standing? 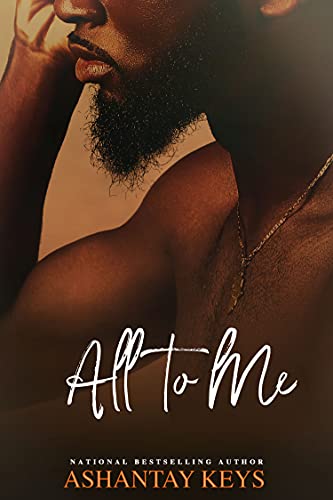