The Love Below: A Prototype Series Glimpse (Travis and Kennedy) by Jacinta Howard: Travis, and Kennedy are the ideal relationship goals couple-they are passionate and emotional. Now Kennedy is a grown-ass woman with the man of her dreams. The glimpse allowed readers the chance to revisit with Kennedy to see how fame was treating her. Travis, her husband, is the perfect husband to match her needs and his desires to protect his treasure. A pleasant brief check-in for 5.0 Stars

The Love Below: A Prototype Series Glimpse (Zay and Jersey) by Jacinta Howard: Zay and Jersey’s story was once again a quick visit with this ever-popular couple. The Prototype love story began with this couple in Happiness in Jersey. Although it’s been a while since their original story, it is evident they are still very much in love. Their glimpse had a few bumps in the road, but they always make it back to love to do it over again. 5.0 Stars!

Sensitivity by Grey Huffington: Gem and Cavali were a perfectly matched, well-coordinated couple in this tale. At the start of the story, it was not clear to me which way their relationship would flow. Grey likes to pull my chain with the complexity of each character’s makeup and point of view. There is never a dull character in her mix of original names and personas. You will adore this short story and this couple. 4.85 Stars.

Unequivocally Blindly, Yours by B. Love: For B. Love’s 100thbook, she chose to give reader’s a fake fiancée love story with a twist. Reina always dreamed of being a black ballerina like Misty Copeland, but she was not able to afford the necessary gear for her chosen craft. A family member of wealthy businessman Hudson Gray approached Reina about being his fake fiancée. The plot was for her to take his original girl’s place and pretend they had a pending marriage until his accident and amnesia. I liked this rendition of the age-old trope; it was beautiful. You’ll enjoy #100. 4.0 Stars.

Delectable: A Sweet Romance by Phoenix Ash: Joi Briar and Nile Ledger were about as opposite as night and day. What they had in common was a need to nurture and to stand up for their beliefs about black lives and whether they mattered. Officer Ledger believed he would be able to heal a city from past acts against his people. When he and Joi met, old issues tried to pull them apart but, their belief in the other caused them to hold steadfast to one another. A good read. 4.0 Stars

Delain Reemerging by Angelia Vernon Menchan: Delain was another fabulous character by this author. Strong women are her forte. Delain did not play about her business once she was able to embrace her true calling in life. She was a visionary and a take charge. Although her mother was a flake and her grandmother kind of controlling, Delain was a mixture of the two in the right way. The story was an excellent read about women’s empowerment. 5.0 Stars

Gamble of the Heart by C. Monet: The idea for this story was outstanding. It featured two gamblers vowing to help the other maintain sobriety from gambling. The funny thing that wasn’t too funny, Kashdyn Barnes, was the manager for the casino his father owned and a reformed gambler. Lucki Rae struggled to refrain from her addiction and the same place she lost herself in the past. The two forged a relationship that I never once believed would last, I was wrong. 4.0 Stars.

Mend My Broken Heart: Matters of the Heart Series Book 1 by Jenay Balderas: The story was the first book I’ve read by this author. I will come back again for other stories. In this story, Savannah Grace was suddenly single when her man walked out, saying he was no longer in love with her. That was okay except, shortly after, he was with another woman. Blair Adams was fresh out of prison after spending a few years for an armed robbery charge. He and Savannah met, and their attraction was magical. There are a few plot twists I think you will find interesting in the story. 4.5 Stars. 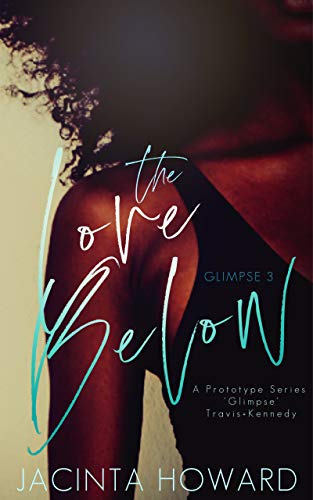