Hey Girl! Check out these new releases from April 1st-7th!

He Who Is a Lover (Sadik Book 2) by Love Belvin

He Who Is a Lover

Falling in love wasn’t the goal. In fact, I didn’t think it was possible. That was until Bilan Asad-Yasin turned out to be more than I anticipated when I finally decided to explore her that early spring evening. Those curvy thighs, chiseled cheekbones, auburn freckles, powerful resilience, and endless intellect.

She was a bad decision, this I knew. She’d be a great risk, this I understood. I was an Ellis man, she’d eventually learn. And she did. That’s when she ran, attempted to escape a world she’d soon have to learn to navigate and survive.

Yet, I was not the only one with esoteric layers. Bilan had her own secrets she kept from me: from the world. Those were the truths I’d use as fetters to keep her close forever.

Publisher’s Note: “He Who Is a Lover” is book TWO of a THREE book series. It ends on a suspenseful CLIFFHANGER. This book contains angst, violence, profanity, sexually explicit content, and gory material. If any of these elements is not what you prefer between the pages of a novel, this is not the venture for you.

Their romance began in the winter. It has blossomed into the spring, but is it already time for a break?
Nearly three months ago, Titus met Haven at Baker Bed & Breakfast. Instantly he felt the spark that ignited between them. They bonded over hot chocolate and late-night conversations about life. Once finding out how sheltered she was, he desired her to try new experiences. It worked for a while, but the by-the-book Haven is no longer interested in pushing herself beyond her comfort zone. She has a life to begin. A career to find. A move to make. Having Titus as a distraction is shifting her focus and making her question why a man who seems to have it all together is truly interested in a woman who’s the exact opposite.

The Proposition: The Dolls Series by Keitra Crooks

Staring at mounting bills and no money in sight to pay them, Aliyah Thompson was desperately in need of cash. So, when she saw an ad in the paper searching for “Dolls”, against her better judgement, Aliyah decided to become an escort for just one night. Who knew her night would be spent with sexy billionaire, David Carlton?

When David called for a date, he never expected his high school crush to step inside the limo. Aliyah was stunning, their chemistry was undeniable and by the end of the night; Aliyah was naked in his bed. But as wonderful of a night it was, one night was all it was ever going to be; or so he thought.

With an upcoming conference to attend and his ex-girlfriend planning the event, David didn’t want to show up empty handed. So, he went to Aliyah with a proposition of his own; accompany him to Atlanta. He would pay off all of her bills if she would be on his arm and in his bed. Aliyah gladly accepted but each night she spent with him, could she remember that this was just a job and not fall for David?

Straightaway: No More Turns Left (Turns in Love Book 3) by Renee A. Moses

With a new love and fighting for real love, both Kim and Brian are moving straight ahead trying to avoid the obstacles between them and the finish line to their happily ever after.

Will there be too much wreckage from the choices they’ve made? Can they find their way to the lives they truly want?

Unlove Me by Iesha Bree

Sabrina Owens has experienced heartbreak like no other but refuses to allow a minor flaw in the male race to knock her down. The glow up gets real and forces her to focus on making her dreams come true and taking care of her daughter. While mending her heart she never expected to come out of all the pain she has suffered but she did. But only to decide that love isn’t for her.
In her mind all men have to offer is heartbreak and pain until she meets Isaac Mathews a well known actor. Isaac is a ladies man who is known to bed every woman he encounters. Tired of the playboy image that has developed over time. He realizes he is apart of his own stagnation when he is denied roles showing him in a more mature light.
A chance run in can change all that.
One run in, one bridge to success has the potential to change two lives if they can just give it a try.  Will Sabrina be able to see past Isaac’s playboy ways and open her heart to love again? Will Isaac gain the image he was always meant to have and the one woman who has finally made him feel like he has a home?

It Was Always You by M.T. Dixon

Haunted by the ghosts of her past, hotshot NFL Agent Londyn Bradshaw is a force to be reckoned with. Despite the beast mode mentality that got her through the doors in a male-dominated sports industry, she struggles to trust men and find love. After relocating to a new city to live her best life, she plays the field to avoid remembering her melodramatic past. When a bomb drops on her, Londyn finds herself stuck on making a decision that could change the rest of her life.

Handsome Socialite Carter Andrews has it all: the fiancé, the job, and his own night club in New York. When a blast from the past shows up, he begins to fumble the most important thing in his life. Will Carter be able to pursue something he’s not supposed to, or be left to deal with the consequences he escaped in his dramatic past?

A scorned lover. A playboy. Three cities and a twist. Londyn and Carter both learned their lessons, but will they make better choices for their future by learning from their past?

A pawn, a queen, a knight and a promise stolen by secrets.

Grace Melanie has been a pawn in her mother’s machinations all of her life. After years of lies and manipulation, she learned to keep to herself, rejecting offers of friendships and dates in order to keep others from being caught up in her mother’s deceitful web.

Now she finally has a small taste of freedom. With it has come the blessings of friendship–and the responsibility of keeping those friends off her mother’s radar.

And love? That was not in the plans. Until she met the handsome man assigned to take care of her.

The first time Marcus Miller was assigned to watch over the Morganson family, he felt an overwhelming need to protect the girl with the sad golden eyes. When he saw Melanie again four years later, he was awestruck by the beautiful woman she’d become.

Now, he’s been asked to look after her again—only this time, his own heart is at stake.

As he enters her world he can’t shake the feeling that he has just become another player in an elaborate game that no one is supposed to win . . .
But God.

****Though the timeline of Marc and Melanie’s story predates My Beauty for Your Ashes, book 1 in the Promises to Zion Series, there are spoilers, so if you have not read My Beauty For Your Ashes yet I would suggest you do so first.****
BUY HERE

For ten years, Quinn Montgomery endured her husband’s abuse, which always escalated on Sunday afternoons, until she finally left him, escaping with her young son, Devin. With her ex-husband behind bars, she makes a fresh start in a new city, ready to forget the scars of yesterday. A traffic violation brings her face-to-face with a police officer she recognizes–the one who tended to Devin while his father was put under arrest. While she remembers his face, she remembers him more for his kindness and compassion, and gladly agrees to give him her phone number in exchange for a waived ticket.

Leviticus “Levi” Gray could never forget Quinn Montgomery. Although the first time they met, the right side of her face was swollen from her husband’s violent blows, the look in her eyes never changed. He sees a woman who longs to be loved, and he plans on being God’s vehicle for that love. Yet his pursuit is not without challenges. Quinn works hard to keep others out of the life she’s built for her and her son, and Levi soon realizes that even though her ex-husband is the one behind bars, Quinn inhabits a prison of her own.

With the help of Quinn’s confidante and a lot of prayer, Levi comes up with a plan to break down the barrier she’s built around her heart. But can he manage to woo her without scaring her off?

The Will to Forgive by C. Monet

Forgiveness is said to be for the wounded, the played, and the jaded but sometimes it requires more than a simple thought. It requires will, action and work.

Sage Lowe is smacked with reality when her dream job puts her on administrative leave for a mishap that happens on her surgery table. Down in the dumps, she picks herself up and decides to capture what she’s been missing while she gave her life and heart to Mount Clear Hospital. Venting to a friend, the perfect man with the perfect body approaches with promises of putting a smile on her face. Leery, she can’t help but feel like she owes it to herself to do something for herself.

Kyree has a soft spot for women and doesn’t realize that this is the cause of his many brewing troubles. When he spots Sage he can’t help but want to lock her up and make all of her troubles disappear. It would do him justice to spend time being in the presence of a beautiful woman while he is also in a rough spot due to a family emergency but falling for her was never in the plans.

Engaging the Enemy (The Bourbon Brothers Book 3) by Reese Ryan

How far will an ambitious heir go to secure his future?

Parker Abbott will do whatever it takes to be the next CEO of King’s Finest Distillery, even play fake fiancé to his childhood nemesis, Kayleigh Jemison. Yet as he and the fiery redhead get reacquainted, sparks fly and real passion emerges. But when her ex wants a second chance, who will Kayleigh choose? 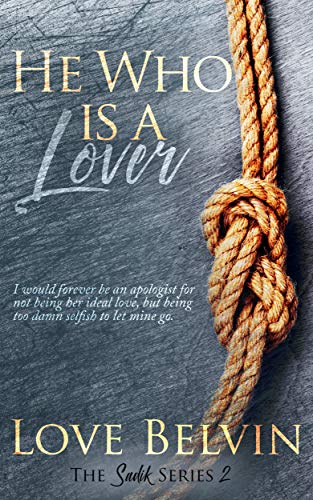 PrevPreviousBook Spotlight – Don’t Forget To Shine, For Sisters Who Forget To Put Themselves First, by La Sherra Lee
NextReview – Thief, by B. LoveNext