New Year’s With You by A. Nicole

New year, new you, new man?
For actress Azalea Westbrooks, she doesn’t really get privacy how she would like to. There’s always people in her business and it doesn’t help that hey boyfriend, who’s a big time rapper had cheated on her more than once.
Azalea is finally finished with him, and all she wants to do is try to feel normal for a night, but she ends up meeting Kashston. A sexy adonis, with a cocky attitude.
Will he help Azalea feel normal for the night, or will he only make things worse?

A Tale of Two Cities: A New Year Novella by Alexandra Warren*

When people think of a holiday for love, they automatically come up with Valentine’s Day.
But who’s to say that’s the only one?

Cheyenne Foster may be coming to visit with her heart set on bringing in the new year with one guy, but she quickly discovers the universe and the turn of the year may actually have someone else in mind for her… 😉

A Tale of Two Cities Collection:
Cute & Sweet Millennial Meets Over a Holiday,
All With One Thing In Common; Cities.

Note: This is a short novella with a happy-for-now ending.
If you prefer your stories longer, I’d recommend checking out another Alexandra Warren project. 🙂

A Hustler’s Heaven in Hiding by B. Love*

Laikynn Marie James is a hustler. She has been able to convince men to do just about anything, except love her. After spending seven years in another country and toxic relationship, Laikynn returns to the United States with two goals in mind – to start working legally and to fall in love and start her own family. The second she returns, she runs into a man that could very well be capable of giving her the love she desires, but he’s a part of the lifestyle Laikynn is desperately trying to get away from.

Growing up in foster care led Pharaoh and his older brother to a life of crime. He hasn’t held much value for love or women for that matter, only after what they can give to satisfy him. On his way out of the country, he runs into a woman that haunts his thoughts and dreams, driving him to find her no matter the cost.

After crossing paths a few times, Pharaoh and Laikynn are convinced fate is trying to pull them together. Their union seems to be beyond their control. And it also seems as if they have no control over whether they become each other’s peace or the downfall that takes them both out permanently. Love becomes the goal for them both, but common enemies have placed targets on their backs. Will they be able to go legit and let their relationship flourish, or will they find their hearts aching, breaking, and stopping all in the name of love?

Just Love Me by Shenaé Hailey*

Hailey Owens’ life path was planned perfectly. From her college choice down to the flowers she’d have on her wedding day and what she’d name her children. With just a few days left before her thirtieth birthday, Hailey is in a sour mood. Her perfectly planned path has been horribly shattered by fate. Not only is she divorced, but she doesn’t have any children, and she hasn’t put her degree to use since she received it.

Kane Travis has never been one to force anything. He’s preferred going with the flow to avoid disappointment. Right after his thirtieth birthday, Kane finds himself taking inventory of all that he’s accomplished in life. He doesn’t regret much that he’s missed out on because of his laid-back attitude, but there is one thing he’s consistently regretted – not pursuing Hailey as actively as he desired to.

Ten years ago, Kane and Hailey met and instantly clicked. Because of Hailey’s strict plans for her life, she refused to entertain the thought of settling down with any man before finishing college. With Kane believing in things happening in their own timing, he offered what they considered to be the perfect solution – meeting up for Hailey’s thirtieth birthday if they’re both still single. There’s just one problem – life has changed them both… and neither can say if it’s for the better.

Two old friends, one cabin, and zero chances of their lives not being changed. Will their old flame reignite and burn more passionately than it ever has, or will reconnecting be as impossible as capturing scattered ashes?

Show Me! by Barbara Keaton

Cammie’s life would never be the same following a chance meeting (or so she thought) with Jacques, a man many years her junior who would grant her unselfish, unbridled passion!

Who Do You Choose? (The Loose End Book 6) by Tesa Erven

In the final installment of The Loose End Series, we find Sonya St. Jermaine planning her long-awaited wedding to fiancé Dray. Life is good with her and her sexy firefighter, that is until her son’s father, Yusef, suddenly reappears. He decides he wants to bond with his son after staying away for almost two years. However, it quickly becomes apparent that he’s not the only one Yusef wants to get close to.

Meanwhile, Dray is dealing with his own personal drama with someone from his past. When he gets called away to fight a major fire, Sonya is left emotionally vulnerable. She finds herself in a situation where she has to choose between the two men. Will Sonya make the right decision? Or will she become a runaway bride?

My Love For You by Aubreé Pynn

Jaxon is back home after a year to celebrate the holidays with his family. With a year full of success and wealth, there’s only one thing he wants more than his freedom, Kinsley. With all communication ceasing between the two, he longs for that old thing back. Once he lays eyes on her all bets are off, and Jaxon stops at nothing to get his best friend back.
Kinsley is struggling as a new mother and business woman. With her entire life centering around making sure her son is taken care of she’s losing herself. While desperately needing to be pulled out of her open misery, she refuses to ask for help. That is, until Jaxon shows up and bullies his way back into her life.
With Kinsley’s secret out in the open, her insecurities growing, and their personal vices, will they make their way back to each other? Or will they settle for their new normal? Find out in My Love for You! 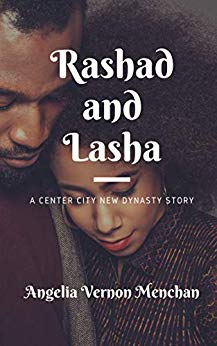 Lasha walked into her own birthday party feeling melancholy. She was grateful for it and the room was filled with friends and family. Even her mom and stepfather, Horace had driven up, but she missed Rashad. Nine months earlier they started a relationship, but three months later Rashad received a paid, six-month teaching stint at Cambridge in London. Along with everyone else she was thrilled for him and proud, but she missed him. They called and FaceTime regularly and she was very busy but… there was nothing like talking to him, seeing his eyes crinkle when he smiled and feeling his lips on hers.

“Happy Birthday!” Everyone yelled when she walked in and her face opened in a genuine smile. She knew she was blessed, and it was only three more weeks. She started giggling when her dad, Jeremy walked towards her with Gloria, her grandma, on his arm. She squealed with delight that Gloria had made it from the Dominican Republic for her twentieth birthday. She enfolded her elder in her arms and kissed all over her face. Gloria tightened her lips as if annoyed, but she loved it and her prodigy, only granddaughter.

“Ooooo grandma, thank you.” Lasha exclaimed. “I’m so glad you came.” Gloria stepped back, assessing Lasha with a smile filled with pride. She often wondered what her life would have been if she had been raised to fly like Lasha. At twenty, she was married to the first man she kissed.

“Twenty is a big deal, my child. You’re in your last year of university and are now so grownup, I wouldn’t have missed it.” Gloria said, slipping an envelope in Lasha’s hand. Lasha leaned in, kissing Gloria again.

“Me either…” a deep voice said behind her, causing Lasha to twirl around and face… Rashad. She blinked as if not believing her eyes before leaping into his arms and wrapping her legs around him.

“Baby, I wouldn’t miss your day, but you might want to unwrap your legs before I embarrass us.” He whispered. Giggles poured from her as she slid from his arms, placing her face in his neck, sniffing the scent unique to him. His heart beat as rapidly as hers.
He missed me.

At the CEO’s Pleasure (The Stewart Heirs Book 1) by Yahrah St. John

“What do you want from me?”

He’d broken his “no office affair” policy once and lost his best assistant. Now rich businessman Ayden Stewart needs Maya Richardson back…at any price. Taking the job, Maya tells herself the years apart have cooled their chemistry. So why are they breaking rule number one again…and again? Ayden makes her want what she can never have—real love. Will it be different this time?

When the man who left her at the altar

Moves in next door…

This could not be happening. Charlotte Shields had left both that heartbreaking day and this heartbreaking man behind. Even worse, their mutual attraction is back to betray her. Especially as Dr. Rick Tyler works hard to make amends. He’s got to make this move to Sweet Briar work to give his son a second chance. Will he get a second chance with Charlotte in the bargain?

Another Night to Remember by Barbara Joe Williams

Annette and John finally have their marriage back on track. Soon after Annette announces that she’s pregnant, she learns that Becky, John’s former mistress, is pregnant as well. From there, drama ensues by the hour until it reaches an explosive end one night. Will this be Another Night to Remember or a nightmare to forget?

A Whisper of the Heart by Ash Ley

For an engaged Whisper Sutton, what should be considered the happiest time in her life quickly changes. There’s the successful and charming love of her life along with promises of a bright future.

With feet that are colder than ice about the upcoming nuptials, Whisper finds herself second guessing such an important decision. The heart wants what it wants, but as old and new feelings begin to surface, it leaves her unsure of exactly what that might be.

In this novella, secrets will be revealed, and emotions will be at an all-time high as Whisper struggles with coming to terms with not only the desires of her heart but her needs as well. Will it be the fairytale she so desperately wants to come true, or will a new journey unfold for her?

Please note: This novella is part one of a two part series. 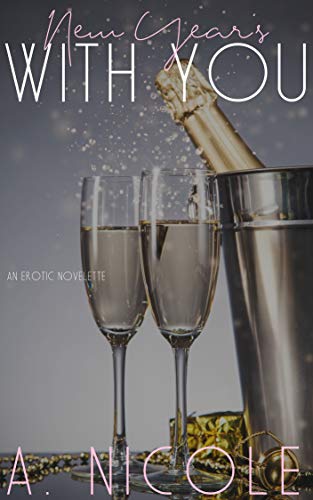