Hey Girl! Check out these new releases from January 7th-13th.

Capacity for Desire by L.J. Bowen

Xander Sterling is an NFL bound player who wants to play in the big leagues, but knows a college degree is important as well. Brie Calhoun is his assigned tutor who doesn’t care for his charism and Xander finds a true friend in her. Brie find outs out how Xander feels about their relationship and they go their separate ways.

Years later, Xander’s construction company is hired to enhance Brie’s business and over the course of their meetings and get togethers, they restart their friendship and also find a blinding attraction growing between them. Dealing with that and suspicion about his adulterous wife, Xander find solace with Brie, but he’ll never break his marriage vows.

Xander knows Brie is a special woman, yet they can’t seem to keep personal and business separate. Are they willing to destroy their friendship to address the desire that grows day by day?

Some Odd Hour by Mycah Edwards

“He lived in LA. I was in Rosewind. He was him. I was me. There was no way it could ever work.” – E’Bay Sharpe

E’Bay Sharpe had grown accustomed to her simple life. She went to work. She went home. That was it. Though she desired to experience more, she couldn’t get out of her head long enough to follow through. Until she did…

Kanobi ‘Noble’ Harris was the singer that had nothing, then he had it all. A mandatory vacation to a bed and breakfast opens his heart for him to reconnect with more than just his music… if he can leave his past exactly where it is. In the past.

He’s a Grammy nominated artist who has lost his spark. She’s the soul behind a locally loved vocalist. Embedded in the notes of a guitar lies a solution for them both, as long as they can get over their differences long enough to create magic during some odd hour.

Love in The Ring: Final Round by N.L. Hudson

In this last installment of Love in The Ring, everyone is faced with a major dilemma. Saadiq was just forced to take a plea deal for a crime he didn’t commit. He’s facing five years in jail. While he does his time, he has to make a decision to protect his family. To do that, he must cut off all contact with everyone. What he doesn’t realize is that he’s shutting out a son he didn’t know he had with Tayla.

Since Saadiq is locked away, Tayla is left with no choice but to mend her broken heart. She ends up running into the arms of an old fling. In her new relationship she tries to be happy, but quickly realizes it’s something missing….Love! Also Tayla will learn a few secrets that will make her question everyone around her.

Kiana and Brisham are back, and they’re still hiding their many secrets. They try as best as they can to keep them under lock, but once a situation occurs all their skeletons start to tumble out of the closet one by one. Before either of them can get a grasp on things, situations quickly go from one extreme to the next. What will happen once a few people get wind of what they’ve been up to? Dive into this final story to find out how the gang will solve the issues they are faced with. Unfortunately, someone just might not survive this time.

Donovan has moved on from his past and is now enjoying life in a new city with new-found friends. His developing friendship with the lovely Kierra has been nothing short of amazing. They both realize they share many things in common and love being in each other’s company. They soon find themselves developing feelings for each other that are far more intense than just your normal friendship. Will Donovan get the chance to explore this new “friendly” relationship with Kierra or will other circumstances pull them away from finding true love?

Terrilynn is now a new mom and has embraced parenthood beautifully, however, she never anticipated on experiencing it alone. Now that she realizes the relationship she once had with Donovan is officially over, she decides to do her and live her life at her own free will. Her friendship with David has become stronger than ever. He’s been the one person who she can count on to be there for her no matter what and she decides to show him just how much she really does appreciate him.

She is now questioning her previous choice.

Did she choose the wrong brother?

Was David the brother she should’ve been with all along?

Find out if she gives her and David’s relationship a real chance or will outside influences keep her from finding true love.

David finds himself falling more in love with Terrilynn as they become closer. She’s everything he’s ever wanted in a woman. His whole adult life, he had never considered settling down, but when he’s with Terrilynn, he sees his future. He loves her but in the back of his mind; he knows that she still holds a special place in her heart for his brother, Donovan. Despite this knowledge, he’s willing to give her his all and help her realize that he is in fact, the right brother for her.

In this unforgettable final installment of the Unforeseen Series, the whole crew returns and the drama escalate and questions are raised and concluded.

Is David the right brother for Terrilynn after all?

Donovan and Terrilynn face new challenges in their lives. Will such challenges lead to new found loves or will they lead them back to one another?

Have Donovan and Terrilynn finally closed the door on that chapter in their lives or will certain circumstances help them realize they were always meant to be together or will David and Terrilynn explore their new found circumstances and turn their consequences into something real and everlasting?

Peyton Ever is a jack of all trades, but at a very young age, she quickly realizes her most important role- being the mother of her newborn baby girl, Taylen. In an act of desperation, Peyton flees Rhode Island on a bus in the middle of the night and heads to Cleveland. In search of her big brother Dante, never in a million years did Peyton think she was going to find her knight in shining armor instead. Will Peyton’s insecurities separate them for good, or is their love truly fate? Consistent through all changes?

Princeton “PJ” Parrish never looked at Peyton like someone’s charity case. Instead, he just saw a beautiful young woman in a compromising position…. someone he wanted to help. Every other woman got the uncommitted, player side of Prince but with Peyton, all of that changes. What will happen when PJ is willing to risk it all for the love of his life and her baby, and that’s not enough? 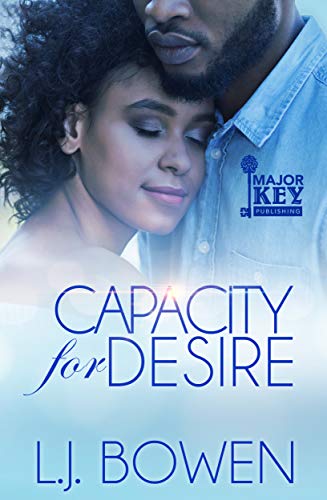