Hey Girl! Check out these new releases from January 6th-12th.

Jah: A Novella (Them Boys Book 2) by Alexandria House*

Is It a Crime? by Wynta Tyme

By day, the Bennett sisters protect the law. By night they run a multimillion-dollar criminal syndicate, bringing the city to its knees. Although the police can’t seem to gather the evidence necessary to finger the matron bosses, there’s an opposing gang looking to overtake the business while making them suffer for past crimes.

Seychelle, the eldest, is driven, intelligent, and cutthroat. She takes no prisoners, except when it comes to Khalil. They’ve always been friends, and occasional lovers, but her secrets may very well upset their balance.

Techelle, the middle sister, is the youngest prosecutor in Illinois. Married to her husband for four years, the pressure of not being able to bear children leaves stains on their marriage. However, when she comes face to face with why she’s barren, Techelle turns her savage up, activating her beast mode.

Nechelle, the youngest of the Bennett trio, is strikingly beautiful. However, she spews more venom than a viper snake. After losing the love of her life, she vowed to never date again and throws herself headfirst into their crime business. Her downfall, though, is the flesh; and proves to be her weakness. Still, when the right person steps into her line of sight, she learns more about herself and the people she had been putting her trust in.

Can the sisters survive the shaded lines of business when it becomes personal? Or will the past become an adversary impossible to overcome?

Where You Are by Tucora Monique

Kross Karmer is wedged between faith and fear. After surviving a traumatic event that headlined her city’s newspaper, the multi-talented beauty is unable to withstand large crowds and is paralyzed by the thought of history repeating itself. Shielding her mental stability and tucking away the will to rejoin the world, Kross becomes accustomed to her hermit lifestyle. However, with family, friends and a new delivery man vying for her affection; the eclectic music columnist has begun to wonder, is her lonely more peaceful than love?

Hollis Brown is seemingly satisfied with lust occupying the space for intimacy.  Years of twisted betrayal and deceitful partners have emptied the businessman’s patience and faith in women. Outside of his daughter and Brown Brothas, nothing else matters. And yet, a lucrative wager amongst friends shifts the stern boss’s focal and reintroduces second chances to a man who doesn’t usually believe in re-dos.

Both canvassing between intuition and insecurities, will Kross and Hollis be able to find solace in the space between?

Friends, Lovers, or Nothing: A Novelette by Evie Shonte

*Novelette*
Blake is a young professional, living in Philly, with her fiancé, Ace, when she decides that she no longer sees a future in her relationship. Moving out to live a single life, Blake and Ace find themselves in the awkward first moments of a breakup, where things are still up in the air. Will the couple go their separate ways, and find love with new partners, or will true love win out overall?

Love and Hiplife by Nana Prah

Lamisi Imoro will do anything to complete her PhD before the extension is up. It doesn’t matter who dies, leaves her high and dry, or hates her guts, she’s on fire. But, her supervisor wants to prove just how much he’d love to see her fail by throwing obstacles to thwart her from reaching her goal. Desperate for help and nowhere else to turn, she’s forced to ask for the assistance of the hiplife artist who once saved her from a nasty fall. She finds that their scorching attraction is a problem and is determined to tamp her rising emotions because nothing will stop her from getting what she set out to accomplish.

Blaise Ayoma is on the verge of taking African Francophone countries by storm with his new style of music. Learning how to sing in French without butchering the beautiful language is harder than he thought. Multi-linguist, Lamisi is the key to his success. When his presence in her life puts her in danger, will he end the budding relationship in order to keep her safe?

Rhymes & Reason: For the Love of Hip-Hop by Tatum James

All is fair in love and hip hop. Aspiring rapper Tenille McKnight and her sister Lena are no strangers to the struggle. When their mother is imprisoned after a crime of passion, their misfortune multiplies. After refusing to abide by a family friend’s rules, the two are left to try to make a way on their own.

Living with friends and family in their mother’s absence and going to bed hungry never deters Tenille from chasing her dreams. With the odds stacked against them the sisters double down in pursuit of fame and fortune. When a talent showcase puts her in front of some of the industries biggest executives, suddenly Tenille becomes one of the most sought after acts.

Jericho Dodson is no newbie to the music industry. He started from the ground literally and is is strategically working his way to the top with his nephew Kaleel in tow. When a chance meeting of Lena McKnight sends craving to be in her life, all of their worlds collide.

Jericho has the means to pull them out of the gutter. All of Tenille’s dreams seems to come true at once, but at what cost?

Falling Deep With You: A Paranormal Novella by Wynta Tyme

The Mad Hatter of the south was on the hunt for his queen. During his scout for potential prospects, Alcide met three beautiful women; Madame Tunie, Alida, and Devreaux. Any of the three would be able to keep his attention for eternity, but alas, his need was only for one. Luring the women to his kingdom with the help of his furry rabbit, Chase, Alcide convinced the women to contend for his heart. Winning him over would take the most conniving of tricks and meticulous manipulation. But outside forces have an agenda of their own. The Wonder Realm journey the contestants embark on will be one for the books. Only one will claim victory and marry the Mad Hatter of the south. Will Alcide get the love he most desires, or will Alcide go madder in the absence of love?

Fascinated By a Billionaire: A Vampire’s Tale by Fatima Munroe

Only a vampire can love you forever…

Complacent in her relationships with the opposite sex, Kharynn Lewis spends her days as a flight attendant unknowingly looking for something more. After numerous flings with married men, she longs for the man currently sharing her bed to make good on the promises moaned to her in the heat of passion. Realizing too late she’d never be more than Charles’s plaything; she begins to reevaluate her priorities in love and life.

As the head of Bello Enterprises, Vasilios Bello is a charismatic genius who everyone has eyes for, including Cyndi, his personal secretary. Women trip over their feet to be seen on the arm of this corporate shark. Unknown to anyone, including his closest advisor, Vasilios has a deep, dark secret that he’s forced to remain vigilant and keep under wraps. Mythical creatures only existed in the fairy tales told to children to keep them afraid at night.

Thrown together while avoiding a potential tragedy, Kharynn can’t deny her attraction for the chocolate Olympian who saved her life. In his eyes, Vasilios saw Kharynn as the ultimate temptation: beautiful, voluptuous and inviting. Realizing that their attractions were reciprocated, Kharynn and Vasilios engage in a hypnotic love affair. But once Cyndi and Charles discover their betrayal, will their unpredictable temperaments tear these two lovers apart?

He vowed to protect her from harm. She vowed to be his forever. Will their impossible love story be a match made in eternity? 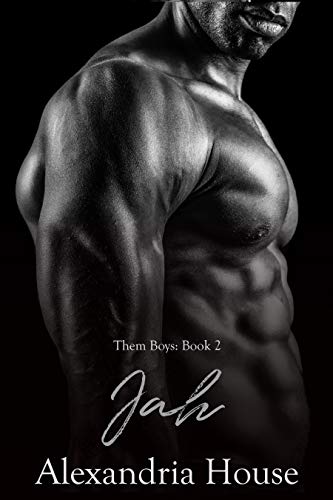