Hey Girl! Check out these new releases from March 11th-18th.

With All My Trust (Harts Fall Book 1) by Shenaé Hailey*

Valentina and Vernon have made a pact – they both will have one year to focus on their personal lives while the other takes care of their mother. When Valentina’s year begins, Vernon’s freedom temporarily ends, forcing her to seek the help of his old friend, Mali Toussaint.

When Graham Richardson decides to take a temporary hiatus, there is only one person he can think of that is good enough to replace him at his family’s law firm – Mali Toussaint. Not only is he a capable lawyer, but he’s Graham’s closest friend.

Upon accepting the temporary position, Mali’s world begins to unravel professionally and personally. The good thing is, Valentina allows him to put himself back together again… in her. Not only does Valentina have a heart like Mali’s, she slowly makes her way inside of his. But there are secrets… secrets that Mali keeps from Valentina, wreaking havoc on their relationship before it fully begins. After Mali breaks her trust, she finds herself choosing between her beliefs or the man she’s slowly started to fall in love with.

Please note: This is book one of a standalone series. Each book in the series will feature a different couple and end with a HEA. While it is not a requirement to read previous books to understand the next one in the series, it is recommended that you read the books in order for maximum entertainment. 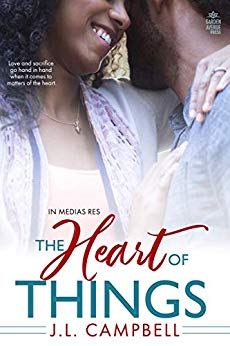 The Heart of Things (In Medias Res Book 2) by J.L. Campbell

After a year-long, Jamaica-Miami romance, Douglas Blythe succeeds in putting a ring on Khalila Skyers’s finger. Though gun-shy, Khalila is willing to marry Douglas, under one condition. She wants a baby.

Doug can’t go back on his promise to give her anything she wants, but sees trouble on the horizon with two teenage girls, a hectic business schedule, a devious ex-wife, plus a household turned upside down by a baby he doesn’t want.
Their commitment to each other is unquestionable, but will this couple’s differences bind them together…or force them apart?

“A year, I know. When you placed this ring on my finger, you said six months but so much happened.” Marissa held up her hand, staring at her flawless ring. It had been a year but, in that time, she published her father’s memoir, which became a bestseller to no one’s surprise. Her father, Adam had also had a stroke after losing his wife and Marissa had been back and forth to D. C. taking care of things. General had been loving and patient but Adam at eighty-seven was doing well and he wanted… needed her to be his wife.

Her eyes met his and she smiled at the man she loved, more than anything.

“I’m ready.” She said. But she was scared. She loved him and knew he loved her but her past marriage had her marriage shy. She was content to live with General for the rest of her life. 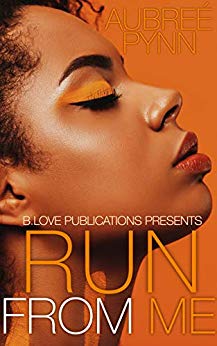 Run From Me by Aubreé Pynn

Ahlayna had one plan for spring break, and that was to read. But when her best friend, Tatiana Wolfe, offers an alternative to her plans, Ahlayna knows that she’s entered a realm laced with danger. From the moment she entered Ty’s space she knew that she had to run. Run as far away from him as possible.

Ty, better known as Wolf, has three rules: his sister is off limits, anyone associated with his sister is off limits, and always protect the ones he loved. He managed to balance all three while running and ruling the streets of Dade County with a mean fury. He can have whatever woman he wanted, when he wanted. That was until he laid his eyes on Ahlayna. She was forbidden fruit, but like a moth to a flame he couldn’t stay away from her.

Ahlayna has the power to tame the beast that lives inside of Ty. Growing closer to Ty is an ever-present danger. Once danger puts her in its sight, Ahlayna could either run from Ty or run towards him. Ty has declared that he will chase her to the ends of the earth, but their fate lies in the ashes of the aftermath of a tragic event.

Will Ahlayna relish in the love she’s found, or will she run as far as she can?
BUY HERE

You Should Be Mine by Tosha Costello

Lauren Hamilton is a lawyer, a newcomer at Watson & Associates. She’s beautiful, strong minded, a go getter and self – motivated. She listens to no one and doesn’t take no for an answer. After taking on a divorce case, Lauren finds herself inches away from deaths door. The one person she tried to avoid, is now the one person who she hopes can keep her safe and that’s the handsome Ron Avery. No matter how hard she tries to resist him, she always finds herself back in his arms.

Ronald Avery is a successful businessman that owns a private security and investigative service. He’s damn good at his job and even better when it comes to protecting the one person he thought he would never see again and that’s Lauren Hamilton. After walking into his office demanding answers, he took one look at her and he knew he had to have her. A while back, she stumbled into his life and took a piece of his heart. Now he must save the love of his life, before it’s too late.

Chosen by Fate (Because of Her Book 2) by Lex C.

Arden Lizette Adams was chosen to be a sister, by fate, when her mother adopted Phoenix Wells after an apartment building fire took the life of Phoenix’s mother. That choice changed Arden’s world, although it seemed Phoenix came attached to a world of her own. Now, a renowned stylist, Arden styles high profile clients, like the men of The Camp. While Arden seems to fit into their lives like she’s always belonged, she develops a very special connection with one of them in particular. A connection that could possess the power to touch her heart, mind, body, and soul.

Justice Owens is a downright sex symbol and no stranger to indulging in women. His smooth and sensual vocals set the tone for The Camp’s songs that are topping the charts and spreading their fame across the globe. When his brother finds love so encompassing it almost seems contagious, the feelings he’s kept for his best friend, Arden, begin to rise to the surface. The only problem is, his need to express them comes at the same time that a blast from the past shows up with a five-year-old who turns out to be his son.

Not only does this news change his life, it sets up camp right in the middle of he and Arden’s growing connection. Now, a father with a woman who can’t help but stir up drama as his son’s mother, he wants more than to find solace from it all in Arden as a friend. The problem with that is, Arden is more than conflicted with the weight of the love in her heart for Justice and the pressure of everything he comes with on her mental.

Find out what happens with these two when a love so strong chooses them in the midst of a whirlwind that boils down to one decision.

Heartbreak U by Johnni Sherri

Four diverse young women meet after attending a very popular HBCU; each at a crossroads in their lives. Born and raised in the heart of Brooklyn, Franki doesn’t take crap from anyone. After relentlessly being hurt by the men in her life, she finds herself using them for the one thing she believes they’re good for. Sex. But when she’s labeled for her promiscuity and a new tragedy strikes, how will she recover? Paris, on the other hand, has led a life of privilege out in Beverly Hills; one that didn’t include very many minorities in her circle. When her mother sends her off to an HBCU in hopes that she’ll reconnect with her people, she finds herself culture shocked. Asha, the local girl, is a complete slacker when it comes to school and anything else that doesn’t align with her future plans of becoming a basketball wife. She is a user and a mastermind manipulator that will ultimately have to pay a price. Then lastly there’s Hope, the good girl. Raised by her father and brought up in the church, she’s been sheltered most of her life. But when she falls hard for the big man on campus and gets her heart crushed to pieces, will she persist?

Told from each character’s distinct point of view, this narrative is about each young woman navigating the dynamics of sex, love and heartbreak in college. Being outcasts in their own right, these four young women ultimately forge a very unique bond.

Love. Drought.
Porter Bavay & Mahogany Sinclair were two broken vessels unknowingly looking to be filled.
On a lone night, they locked eyes and the rest became history.
She has a past and he’s willing to give her a promising future.
Temptation. Betrayal. Lust and Lies fill the pages of their love story in the making.
He’s full of regret, pain and sorrow from life being far too short.
Is Mahogany an answered prayer?
She’s a masterpiece in the making and he’s the artist.
Will she be his second chance at doing things right?
Porter finds purpose in her while she discovers her passion in him.
The two souls unite as one in this love-binding romance.
Disclaimer: Love Drought is a series, however, this book does not end on a cliff hanger. It’s presented to readers as a standalone due to each book in the series introducing new characters. 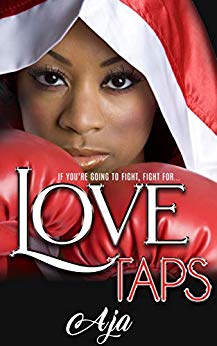 Jackson Knight was a wet dream and I feel like I’ve known him my whole life.

Francine “Frankie” Waters only wanted three things in life: to be a female boxer like Laila Ali, to marry Jackson Knight the cutest boy she knew, and to have his babies. So far those dreams have not come true but her late father may have willed her with more than his gym called Taps. However, the inheritance comes with a stipulation she thought she would never have to deal with again.

Jackson “The Punisher” Knight was known for a couple of things: knocking out his opponents in the ring and loving on Francine outside of it, but years ago both became a thing of his past. His future however, seems to be pulling him back into the world of boxing and into Frankie’s fire which he never seemed to mind until he got burned.

Can redemption be found between these two?

Find out in Love Taps … 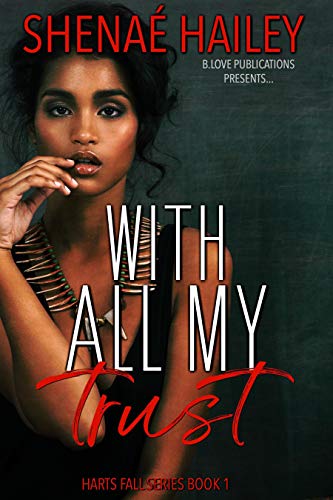 PrevPreviousReview – A Lesson on Love (Jenkins and Sons Construction Series Book3), by Sharon C. Cooper
NextReview – Been So Long, by A. NicoleNext