Hey Girl! Check out these new releases from March 22nd-28th.

Everything is a mess. My guys still haven’t made up which makes our situation very difficult to navigate. What’s worse, the tour starts in a few weeks so I’m going to have to get used to life without them for a while. But not before Matt’s wife Candace comes to town and makes things awkward. And then there’s Taz, who still has it out for me.

But one thing hasn’t changed: my feelings for my guys. Actually, that’s not exactly true. My feelings for Matt have definitely changed…but that’s another story. I truly love them all and they love me, but I’m beginning to feel the pressure. Once the tour ends and life is normal again, I’m going to have to make a decision.

Happily ever after never comes easy, and before I made my decision, the path to happy took a few detours that I never saw coming.

I loved, I lost, I learned, and then I made the right choice for me.

***This is book 2, the final book in the Crave Series. Guaranteed HEA.

The Vow: a marriage of convenience romance by D. Rose

Sergio Jones was on the verge of elevating his career from actor to director when a scandal broke out, threatening his business and the financing of his film. In desperate need to clean up his image and salvage his career, Sergio considers an opportunity that would change his life forever.

Michaela Robinson was the definition of independent and stubborn. The mere thought of needing help from anyone made her go ten times harder, leaving her burned out, and alone. When Michaela’s roommate abruptly ended their lease, she left Michaela with the task of finding a roommate, while juggling graduate school, an internship, and part-time work. At the risk of losing everything, her beloved uncle, Michael, gave her an ultimatum that would change her life.

When Frankie Alexander’s brother insists she have a traveling buddy for her move from Atlanta to San Diego, she’s not holding her breath after hearing his suggestion. Spence Jackson has let her down before, so she doubts he’ll show. Imagine her surprise when he pops up at her door wearing a smile, holding two cups of delicious coffee, and ready to drive the U-Haul across the country.

Going on a road trip is far from a joy ride for this successful attorney. Spence never imagined he’d be going through such lengths to reconcile with his ex-fiancé who moved to San Diego. Even more surprising is being accompanied by Frankie, a woman he’s all too intrigued by. Between good music, great company, and an unforgettable stop in Mexico, Spence soon realizes that he never experienced true love until the day his best friend’s sister hopped into the cab of the U-Haul.

Stolen by A Billionaire 2 by Miss J.

Everyone around me kept trying to tell me that what I felt for Ananias wasn’t real, but I knew in my heart that it was. But did he feel the same? And if he did, could we actually survive with everyone we love against us?

Keeper of My Soul: A Ganton Hills Novel by Aubree Pynn

When it came down to matters of the heart for Zyon, there weren’t any. He vowed to never open himself up again. That was until Weslei crosses his path again and he can’t stay away.
Weslei is back in Ganton Hills for undisclosed reasons. When she gets caught up in Zyon’s rapture for a second time, everything is on the line.
But how much pull can a soul tie take until it’s time to sever the bond?

The Vision Between Us 2 by Erika B.

Anika and Alexander have been partnered together to secure a client for her father’s company. However, a few things shift during this business trip. Tensions and desire rise between the pair, shifting their focus.

Alexander’s only concern was securing the client, that is, until things were steamy and then turned complicated. Through it all, will Anika keep her professional hat on, or will Alexander be able to redeem himself before it’s too late and get what he doesn’t know he needs?

What You Know About Love by Natisha Raynor

Gemini Stokes is merely existing. After experiencing the greatest loss of her life, she knows she will never be the same, and she doesn’t care. Trying to get her to change who she is, is a waste of time. She has no goals, dreams, or desires. She uses alcohol and drugs to numb the pain, and she doesn’t see the harm in that. Her passive attitude and chill demeanor, draws Nahziah to Gemini. He doesn’t do complicated. Unattached and fun are right up his alley, until he finds himself taking in her pain and wanting to save her from it. But you can’t save a person that doesn’t want to be saved. Nahziah grew up in a housing project known as the zoo, and both his parents were gang bangers. Fighting for love and wanting a woman to change for him were never things he was familiar with. When he sees that he’s the only one fighting, he lets go. Love can beautiful or it can be unhealthy and toxic. Sometimes, if you love something you have to let it go, but will Nahziah waving the white flag damage Gemini more than she already is?

From The Hood With Love 2 by BriAnn Danae

Dismayed at what she now has to consider her life, Loriana tries her best to balance it all. The unforeseen death of her mother has her suffocating in grief, feeling as if she’s lost it all. While struggling internally, she smiles on the outside to save face. That’s until she can no longer keep up her façade.

When she least expects it, the breath of fresh air she was desperately gasping for is given. On a rollercoaster with her emotions, wondering how her first love became her first heartbreak, she finds herself. Those good days she prayed to God for had finally came around. Blossoming into a young woman, Loriana steps into adulthood with a vengeance. Coming after everything her heart desires, including new love, she holds nothing back.

While Projex never thought the fast life he lived would catch up to him, it does and in the worst way. Figuring he can conquer it all, he bites off more than he can chew and finds himself in a jam. Just when things begin to look up, life reminds them that this wasn’t a fairytale. This was real life…from the hood. You either sank or swim.

“Never be ashamed of anything you do.”

Tiberius Kirk Jordan Junior is living his best life until a turn of events puts him on a five year sit down. Freshly off a pause in life, he has a new outlook and plans to maintain that outlook. When an enemy that he least expects pops up, will he revert to the beast he once was, or will his outlook stay intact? He doesn’t have time for love, just fun, but what happens when one night of fun changes his course in life?

Leydi Nettie Carter is an introverted college student just trying to make it through school and life. Outside of her best friend, Iesha, she doesn’t play with others. One night of trying to play nice turns into a night that changes the trajectory of her life forever. Will she be able to live with the actions she’s taken or will shame set in?

Nobody But You 3 by Bella Jay and Skye Moon

These six friends never expected that one trip would turn their entire lives upside down. And now, nothing is the same.

As one couple gets their happily ever after, the integral part of their circle’s life is left hanging in the balance.

With everything on the line, this group of friends is left to pick up the pieces of their shattered lives while facing even more challenges that threaten to rip them apart.

Jason
I thought I had married the love of my life until she ran away with a boy almost half her age. Most men would give up on love after that, but I figure if I could feel so strongly for someone who didn’t feel the same, imagine what I’d feel when I’d found my true love. Besides, I owe it to our two daughters to prove to them that happily ever after’s do exist.

Pixel
I’ve been on the dating scene for long that at this point I just want to be single. Being in a relationship is overrated. Being single means I don’t have to share my bed and I don’t have to stay up late at night wondering if he’s being faithful. I didn’t earn a master’s degree in engineering to spend my time browsing dating apps.

We’re so glad you decided to take a trip here to Azure City, home of the world’s most eligible bachelors. As you visit our landmarks and try our cuisine, be sure to enjoy the nightlife as well. We have something for everyone and we’re certain you’ll enjoy your stay. Follow the men from Azure City as they find love where they least expect it.

All books in the Men of Azure City series can be read in any order and are all standalone. Jason is a steamy romance with no cheating and as always a guaranteed happily ever after! 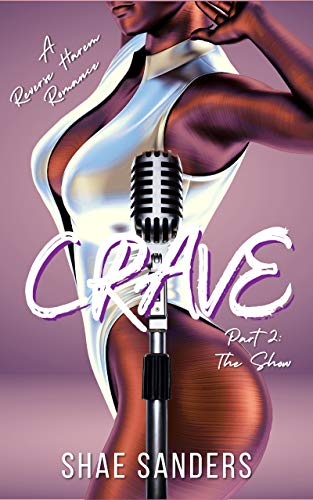