Hey Girl! Check out these new releases from May 27th-June 2nd. 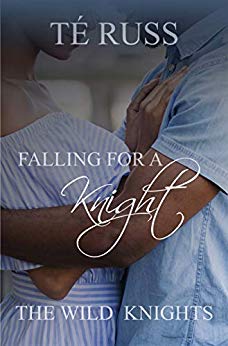 While vacationing in Trinidad, world-renowned photographer Roman Knight unexpectedly acquires a new muse, Cynthia Tremaine. Their chemistry is off the charts and they can’t resist giving into a night of passion together.

Neither of them expected to see each other again after they parted ways…but fate seemed to have other plans. 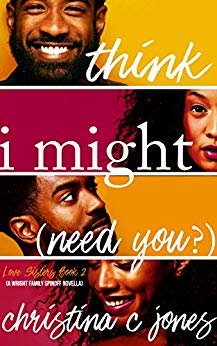 I Think I Might Need You (Love Sisters Book 2) by Christina C. Jones

Joia Love is all about… well, Joia. Her primary interests right now are how creative she can get with her video camera, how much weight she can bench press, and her social media brand.

A man doesn’t even factor into her top five.

Especially not Theodore Graham, the ex-boyfriend committed to becoming her next boyfriend. Teddy’s charm and funny demeanor aren’t limited to his videos, and he’s fully prepared to pull out all the stops to rekindle their college romance.

In the midst of a shocking revelation, Joia is just trying to process it all, while Teddy is trying to secure his place at her side.

She may not want a replay with Teddy, but as it turns out… she might need him after all.

“I Think I Might Need You” is book two in the Love Sisters Novella series.

A Love So Soft by Chelsea Maria

All it takes is for a hopeless romantic to kiss the wrong toad before she turns away from love.

Georgia King swore she was done with the male species. After surviving the torment of having her heart torn into two, love wasn’t anywhere on the horizon for the sweet, carefree spirit.

But who are we to say when love can come in and out of our lives?

They say pictures are worth a thousand words. What if you’re the photographer and the subject of your art doesn’t even know you exist?
One random day in June.
One smile.
One laugh.
That’s all it took for Roman Felix to fall in love with the wild-haired beauty who didn’t know his name, let alone that he existed. With nothing but a single picture and the sweet melody memory of her laughter, Roman set off on a journey to find the woman who stole his heart without even offering a hello.

With more baggage than a bag lady, Georgia had her fist balled, prepared to fight to keep her heart. However, that meant nothing to young Roman. Determined and driven to make Georgia his, Roman straps up his boots ready to fight back in the name of love.

It’s better to love than to have not loved at all, but is love ever really enough? Is Georgia’s past too much for Roman to deal with it, or is her love just enough for him to destroy it all together?

IVY
It all started off as a social experiment. A way for me to do something outside my comfort zone. The problem is, I never expected to run into him. The beautifully tatted man who oozes masculinity and sex appeal. The first time I met Theseus Hood, our chemistry was instant. Yet, I’ve never known what to do with a man like him. The dark, dangerous and way out of my league kind. Unfortunately, I’m in way over my head and can’t think of a better person to help me with my experiment than Theseus. If only I could find the courage to ask him.

THESEUS
I fell for Ivy Ashwood the day I met her years ago. Now, she’s in my tattoo shop looking more delicious than the last time I saw her. I can always sense when she’s overthinking something, but she doesn’t want to ask for my help. Lucky for her, I consider myself an Ivy-expert. I’ve never been good enough for her, but there’s nothing I wouldn’t do for this woman. So, when it comes to helping her out, the plan is simple … Convince her that I’m the only man for the job and finally make the move I should have made years ago.

Plus by Sabrina B. Scales 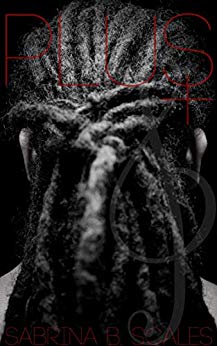 He was born into the struggle, a place where love was sometimes considered a luxury and most certainly couldn’t be taken for granted. Being the sole provider of his household before he was old enough to get a job, it was no surprise that he maintained that position when super stardom landed at his door…Kenny
She was born into the struggle, a place where abandonment was just one of the many things that could fall into your path. She learned early on that it was her responsibility to protect herself, and sometimes the ones she loved. In her eyes, pain was not a thing to be shared. It was better managed alone. And the weight of it, though crippling, was hers to carry and no one else’s…Tashena
They were born into the struggle, separated by a few blocks of concrete and heavy doses of pain, somehow finding their way back to each other after life and its perils pushed them apart. The truth needed to be told before either of their hearts could mend. Healing was needed on both ends before reception was an option. Trust needed to be established before love was a possibility. Such heavy burdens to bare for souls that were already carrying too much.
Plus, a story of love…through the struggle.

All to Myself: Love, Power, and Respect by Aubreé Pynn

“Blessed be the Lord that teaches my hands to war and my fingers to fight.”

I’m riding – that’s the promise Nina Jefferson made to Shaun that she will never regret. Not taking this promise lightly, Nina has broken down every door associated with him to let everyone know that she is in charge. While taking over the business, she experiences hurdles and an unexpected surprise that changes the course of everything.

While Shaun is away, his biggest worry is Nina’s safety. Doing everything in his power to refuse Nina from taking over the business, he realizes there is no way to stop her. Instead, Shaun beckons the help of Raheem and his lawyers to get him out, somehow, someway. That is the only way he can protect his family.

What Shaun doesn’t know is that he has a ram in the bush. But will it show up too late or right on time? Find out in All to Myself: Love, Power, and Respect.

Please note: This is book two for All to Myself: An Urban Romance Novella

Reflections of Me by Chelley

Aella Stevens was good on her own. She took care of her family and refused to stop at any length to provide whatever they needed. Embarking upon a world of trouble introduced her to a man who believed she deserved more. Despite knowing how to take care of herself, Tyree Lawson had come to her rescue. Keeping her safe was pivotal but loving her became a priority.

Will Aella submit to his will, or will she lose the truest love she’s ever known by pushing him away? In this urban romance novella, find out what happens when opposites attract.

Jacob St. Williams, aka Coby, aka The Alpha, is the president of an urban television network called the Urban Choice Channel. He grew up down the street from Mama Peaches! He reluctantly signs up to be a part of the Southlake Park Bachelors Auction.

His lovely bidder, Ms. Ryse Taylor, not only finds herself in a small bidding war but a fight for the top spot as Alpha!

Love and War: A Novella by S. Rêver

Somebody said everyday was gon’ be sunny skies -Tamar

When Brian first laid eyes on Ayesha he knew that day that she would be his wife. On their wedding day she surprised him with the best news every man wants to hear, but what happens when things beyond our control takes over leaving lives in shambles?

Ayesha was always a strong black Queen that took whatever life threw at her, never once breaking her stride, but with back to back tragedies she’s left a shell of herself wondering why God wanted to punish her. Like every marriage, there comes good times and bad times, but what happens when the bad seems to outweigh the good?

Take this journey of Love and War with this couple and find out if what they have is worth fighting for, or if the pain and hurt cause them to fall apart. 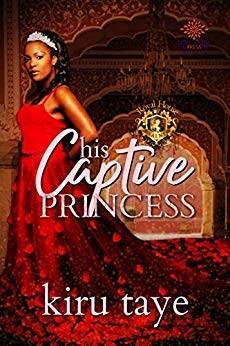 Isha Saene has perfected the act of balancing her life—a celebrated corporate negotiator spearheading an international trade deal that could catapult her country to one of the fastest growing mid-sized economies in Africa, and a loyal First Princess of Bagumi Kingdom set to seal ties with a neighbouring nation through marriage.

Until one careless moment knocks her carefully choreographed life into chaos.

Zain Bassong has always fought for the underdog—a patriot dedicated to fighting against the oppression of his people by the country’s elite. He believes the pen is mightier than the sword and chooses the diplomatic route, no matter how many times he is arrested by the repressive regime.

Isha and Zain are thrown together and their lives change. For better or worse? They will have to figure that out before it’s too late.

Dr. Lena Johns is an excellent but stubborn surgeon who finds herself at-risk for a malpractice suit, rekindles a tumultuous romance, and receives devastating news all in the same short period of time. To add to the stress, she has inherited three children, and the father of the youngest is on his way across the country to possibly kill them all.

Can Lena raise three orphaned children alone? Will the surgeon accept help from her medical friends, especially her ex-lover, bossy nurse Eugenia Martin? Will raising the children bring the doctor and the nurse closer together or split them apart? And will the law apprehend a dangerous fugitive before he catches up with his only witness? It all comes together in Love, With Strings Attached.

PrevPreviousNew Release Spotlight – Satan, You Can’t Have My Marriage, by Aliada Duncan
NextReview – The Wright Collection, by Christina C. JonesNext