Hey Girl! Check out these new releases from May 6th-12th.

A Natural Transition by Nicole Falls

Nyema Landry is an expert on beats, and a pro between the sheets, more interested in her flourishing career as a DJ than settling down with anyone for longer than it takes to get through a playlist.

Langston Goode may be Mr. Buttoned Up Corporate Guy on the outside, but don’t let the suits fool you – he’s a man on the rise with his eyes on the prize, ready to finally lay his claim on Nyema’s heart.

Since their first meeting, Nyema and Langston had been at odds, and they were perfectly fine with that arrangement…until the undeniable current of desire that crackled between them was no longer avoidable.

Something Deeper by Ivy Laika

Everyone has a breaking point and Kya has reached hers. Having been fed what love was supposed to be by her parents, she chose to stay in a loveless relationship with hopes that it would one day be something more. However, when she gets hit with the reality that her relationship is nothing more than a façade to please the outside world, she feels as though she can no longer deprive herself of something deeper.

Kofi has been Kya’s best friend since the tender age of eight and he has loved her every day since. When Kofi moved back to Nashville, TN after being away for a year he decides that it’s time to finally tell her. The only problem is that he returns home to a broken Kya. He knows that he can’t be the one to fix her because that’s something she has to do on her own. His plan is to be at her side as she does it.

Will Kofi be the one to offer Kya something deeper, or will she continue to live in the superficial love that she has grown accustomed to?

A Groom Once Again (Meet the Bridegooms, Novella 2) by Patricia Sargeant

Three confirmed bachelors get a second chance with their one true love …
For this groom, it will take the right words to get back to the altar …

Cynical screenwriter Asher Tomlin needs help researching and writing the script for his company’s historical documentary. Before their divorce almost three years ago, Asher and his ex-wife had made an impressive scriptwriting team. Now Asher’s two business partners and best friends urge him to turn to her again. Asher doesn’t need much prodding, though, to commit to doing whatever it takes to reunite with his ex-wife.

The clock is ticking for jaded editorial consultant Zora Dabney. Her biological clock, that is. While they were married, she and Asher had agreed to have children. Now she’s divorced and childless. So when Asher asks for her help creating the script for his documentary, she tests his claim that he’s willing to do whatever it takes to get her to work with him.

If Asher and Zora find a way to collaborate on the script, can they also find a way back to the altar?

What happens when the good girl goes bad? Legend Thomas lives a cookie-cutter life. But her high school years are filled with secrets and drama. When she meets Mr. Baptiste, a new teacher, he gives her exactly what she thinks that she needs.
As she blossoms into womanhood, she finds herself smitten with a man she thought only existed in fairytales. She has hearts in her eyes until she finds out his connection to Mr. Baptiste.
Legend refuses to give up one for the other. But, will she be able to have her cake and eat it too? Or, will she have the willpower to resist temptation?
Prepare yourself for a wild naughty ride.

A Long Ride by J.L. Sapphire

In this ripped from the headlines story, the lives of a high school teacher who moonlights as an Uber driver and a drunk man he narrowly avoids running over collide and make for an interesting ride home. Offering equal amounts of suspense and drama, the question “what would you do if it were you” will linger in your mind and will leave you questioning your own morals.

Only Your Love Can Release Me by Cherida Franklin

Three orphans thrown together by fate and no family have forged a bond so deep that they adopted each other as sisters without blood. Ocean Tides – successful, rich and dreaming of love, but always jilted. Paulette Jeter – loves the sex men give, but hates the thought of dating or loving one to get it. Claudette Newman – loves shopping almost more than men. She’ll lie to her friends and her new husband, but nothing can keep her from that next pair of red bottoms.
Are the lies Claudette is hiding too much for her and Todd Newman’s young marriage to survive? Will Dr. Lynk Trent be the right man to make Paulette finally give relationships a try and take a chance on love? Can back from a long distant past Avast Hunter, woo a now jaded in love Ocean, or is the past love he left behind to broken to be mended?
With each suffering from abandonment, past abuses, and heartache, is it possible that the LOVE of one special person could be the key to break down the walls of life’s bondage and bring total release.

My Light: An African-American Romance (Love in Hip Hop Book 1) by Eboni Rose

She films her truth. He rocks the mic. Can two Black artists collaborate on the passion project of a lifetime?

Desta captures the best of the world through her camera lens. But when her two-timing boyfriend breaks her heart, the film student heads to Paris to rekindle her wounded optimism. An uplifting concert sweeps her mind away, and the mesmerizing rapper on stage seems to speak directly to her soul.

Marcus vows to spread a positive message with his upbeat flow. After one too many dead-end relationships, he plans on ditching the distraction until he meets the alluring Desta. Struck speechless by her passion and drive, he agrees to feature his mission in her documentary and secretly hopes to capture her heart.

As their irresistible attraction heats up behind-the-scenes, his grueling tour schedule threatens to permanently pull them apart.

Can Desta and Marcus put their pasts behind them to start a brand new beginning?

My Light: An African American Romance is the first standalone book in a series inspired by old-school hip-hop. If you like simmering chemistry, driven characters, and Black love in motion, then you’ll enjoy Ebony Rose’s soulful novel.

Determined to be her own woman, former reckless party girl Marisa Martinez starts a chocolate business and rents a small house in Passion Grove. But when one hot night with billionaire businessman Naim Ansah leads to an unexpected pregnancy, the sexy, complex man refuses to let her do everything by herself. Losing some independence has Marisa pondering the future of their relationship, and if love can truly overcome every obstacle.

Millionaire playboy Bennett Randal knows about the girl code—no woman will date a friend’s ex. But his former fiancée’s friend Devyn Clark is the feisty Southern beauty he’s always wanted. Suddenly, the sexy art dealer is in big trouble and needs Bennett’s help to keep her job and reputation. And when their sizzling attraction can’t be contained, someone has to change the rules…

Happily single boudoir photographer Aaliyah Bai can’t believe she’s on a trip from Miami to California wine country with the most uptight man she’s ever met. Until all-business VP Bryant Burrstone reveals his sensual side. Soon they’re sharing more than merlot and breathtaking scenery. Now Aaliyah faces a life-changing decision, and Bryant’s future in his family wine company is on the line. Will they ever arrive at a final destination called love?

A LOVE OF MY OWN

Poised to take over his family’s Sacramento construction business, Lorenzo Hunter doesn’t do casual flings. Until he meets the Chicago-born owner of Scentillating Touch. Desiree Scott offers a world of pampering, and Lorenzo is tempted to indulge. Horse-drawn carriage rides lead to passion-filled nights that raise the bar for them both. Can Lorenzo and Desiree battle personal and professional threats and claim a love that’s theirs alone?
BUY HERE 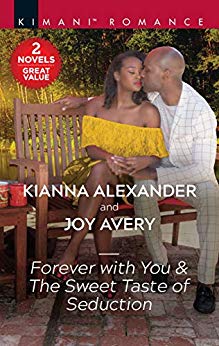 Savion Monroe’s serious business exterior hides his creative spirit—and only Jazmin Boyd has access. Beautiful, sophisticated and guarding a secret of her own, the television producer evokes a fiery passion that dares the guarded CEO to pursue his dream. But when she accidentally exposes Savion’s hidden talent on air for all the world to see, will he turn his back on stardom and the woman he loves?

THE SWEET TASTE OF SEDUCTION

Delanie Atwater’s unexpected inheritance comes with hidden dangers—like her irresistible rancher neighbor, who offers his expertise. Soon the sprawling North Carolina vineyard isn’t all Ray Cavanaugh is bringing back to life. But even as he awakens Delanie’s dormant passion, she uncovers a plot to buy her legacy out from under her. This leaves Delanie questioning if her relationship with Ray can truly survive this test.

Hired to create the musical score for a movie, songwriter Lola Torres is ecstatic. But her contract pairs her with a rock star used to doing things his way. Lola and Dylan Ward can’t agree on anything—except their undeniable attraction. Suddenly guardian to his orphaned niece and nephew, Dylan’s entire life changes. And working together to create perfect harmony becomes everything. 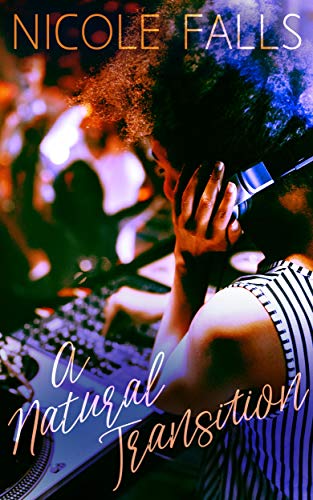