Hey Girl! Check out these new releases from October 18th-24th.

Phoenix Brown hates Halloween, and even more so tonight because her best friend insisted on dragging her to a haunted house. But it’s not the costumed partygoers that have her uneasy. It’s the mysterious stranger she’s seen several times today. Was he following her? Turns out, yes. But what does he want with her?

Well, that’s the scariest thing of all.

Expectation is overrated.
Astoria Robinson has been loyal to a fault to her family, her career on the set of the nations’ #1 black TV Drama, Poison & Ivy, and her boyfriend, Jon. She had high expectations of their relationship. She expected his loyalty, she expected marriage, and she expected him to remain by her side. But when he relocates to Texas, disappointment is the only thing she comes to expect.

Relationships are overrated.
Dominic Wright has avoided relationships since breaking off a long-term relationship with a close friend. But he can’t seem to get the lovely Story Robinson out of his mind and he knows she’s worthy of more than a brief affair.

Reciprocity is overrated.
When Story’s ex returns and Dominic’s faithfulness is questioned, they’re left with a love affair that’s destined to crash and burn. Or maybe…love flickers beyond the flames.

You Promise by Mel Dau

A soul love is a pure love that is constant and unconditional. It extends past time and place.

Kara is a special type of female that never thought she would find her soulmate at work, but she did. Breaking protocol to make sure she could save him, she changed fate into destiny. Will her decision to save her soulmate be the right one, or will it cause turmoil in her life that she will not be able to live through?

Jedediah was not looking for his soulmate or love for that matter, but when love hits, it hits hard. Being introduced to Kara had him stuck for reasons unknown. When he finds out why he is so stuck, will it cause him to turn his back on his potential soulmate, or will it draw him closer to fight for her?

In a world of unknowns, find out if promises to soulmates can be made and kept in this novella — You Promise.

Forever, I Do (Mullaney-Chamberlain Series Book 4) by Asia Monique

They promised to love one another deeply, madly, and unconditionally, forever and ever.

*Please note, while this novella is drenched in pure unadulterated black love, it is required to read ‘Forevermore’ first.

Stronger Because of You by Erika B.

I had the opportunity to be there for him, the same way he had always been there for me.

Alani Felix, an accountant and workaholic, desperately needs a vacation. Unexpected time off comes her way and what better way to spend it than with her best friend on a beautiful island?

Eagan King is a romance author who has lost his juice. Although he is surrounded by a support system, he can’t seem to kick the funk he’s in. A trip to St. Croix seems to be just what the doctor ordered to clear his mind and possibly give way to inspiration.

Things seem to unfold rapidly, but what happens when a setback threatens to wipe away the hope of new discoveries? When the burden of keeping everything together becomes too much, will Alani and Eagan be able to bounce back? Or has too much damage to the heart already been done?

The last thing he wants to do is play bodyguard to the woman who broke his heart.

As the wife of a pioneer in the field of biotechnology, Katherine Stallworth had an up-close view of the ugly underbelly of corporate espionage and the cutthroat nature of competition. When her husband is murdered and her life threatened, she turns to Raheem Miller, the one man she can trust—despite their sordid past.

Years ago, Raheem fell in love with Katherine—older, sophisticated, and way out of his league. And nothing had changed. While he’d rather avoid this assignment, he’ll never forgive himself if anything happened to her. In the middle of conducting an investigation into her husband’s death, he discovers a conspiracy that could rock the very foundation of the United States.

Now he must bring the culprits to justice while keeping Katherine alive and his desire in check. Easier said than done.

When We Collide by Indigo

It’s said that when you’re not looking for something, that’s when you find everything you ever wanted.

Navy is a young entrepreneur, making waves and creating a name for herself and her business. Having a checkered past with relationships, she’s not focused on love or anything concerning it until…

Jacen’s life seems to be made, and whatever he wants, he goes after. The world is at his fingertips, but a quick-witted woman enters the scene, interesting him almost immediately, keeping herself just outside his grasp.

Despite not searching for it, will they find everything they want after colliding?

Fury is a woman with beauty and brains and she knows her worth. However, her heart isn’t equipped for another man to play with her emotions, until she‘s in the presence of Ignazio. The connection between these two heat up fast and before they have a chance to control what’s happening, it just might burst into flames…

This is not your ordinary romance. If you are looking for a direct line to happily ever after, this is not the book for you.
This is mafia romance. There’s a war going on, an attack has taken place, and the battle for ultimate control heightens with neither side willing to concede.

International buyer, Reign Angelle is the face of her family’s multimillion dollar international corporation, Global Angelle. Intelligent, feisty and Trinidadian sexy, Reign can have any man she wants. Yet, Reign is single, unimpressed by the men who’ve approached her despite their financial status. Satisfaction in Reign’s life comes from ruling in the board room, transacting multi-million dollar deals and solidifying her familial legacy. She has dreams of becoming CEO of Global Angelle despite the patriarchal inclinations of her family.

Rome St. Clair is also interested in continuing his family’s legacy while building his Men’s Clothing Line, magnifying his impact by taking his brand international. Recent events from the family’s ongoing war with the DiCarlo’s nearly halts Rome’s dreams of expansion. Guilt from individual pursuit nearly derails his entrepreneurial endeavors. Because of everything happening in Rome’s life, romantic pursuits is the last thing on his mind. He is not averse to love or lovely women, Rome simply doesn’t have time.

Although reluctant to attend, a business meeting with a family friend places Rome and Reign in the same space. Almost instantly, focusing on business becomes a struggle, the enticingly undeniable magnetism between the two making it difficult to concentrate, and impossible to forget. Despite Reign’s denial, being in Rome’s orbit causes a cacophony of conflicting emotions that only a subsequent encounter with him can resolve.

“I was with the bride last night.”
With those seven words, wedding planner, Alicia Fox, watches her perfectly organized wedding crumble into chaos.
Her hopes for her fledging business go up in flames.
She knows who to blame and sets her eyes on the best man—Trey DeVille.
But when Trey sets his dark, probing eyes on her, Alicia discovers getting the answers she wants may be the least of her worries.

I Am The One: The Rebound (Christian Singles Short Read Book 5) by Sherylynne L. Rochester-Dix

After a failed relationship with Wendell, Claudia ends up in Malibu for a Breakup Bootcamp to forget about her unexpected breakup and lost love. She goes to this breakup boot camp to find healing, self-love, and self-care, but she gets far more than she expected…

She’s trying her best to move on from Wendell, but he’s made his way to where she is—with someone special. Faced with an ex who causes her so much pain and hearing the news he’s just sprung on her, Claudia’s world unravels and ends up, yet again, on a downward spiral and into the arms of someone new… the rebound guy.

Will she fall prey to the rebound guy or will she actually find the healing and true love she’s desired?

Find out what happens on Claudia’s journey to finding faith, hope, and possibly love in Book 5 of the I am The One Series. 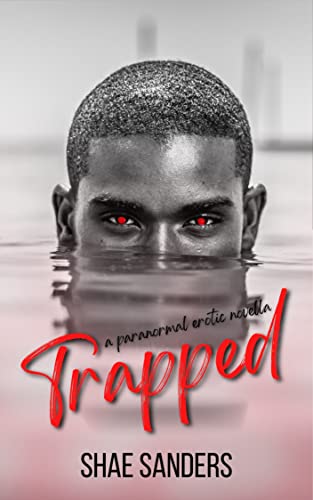