“The only formula for worldwide success, is the one that has to do with selling your soul.” ~Unknown~

The Frazier brothers were born into a fraternal secret society. It was a brotherhood that both their father, and grandfather, belonged to. For years, they subscribed to the teachings handed down. However, as they got older, the brothers realized that they didn’t share the same beliefs. For that reason, they walked away from everything they had been taught, forming their own pact. Their pact, and what motivates their movement, has always been the same: to Reclaim . . . the mind, the soul . . . Their game plan is to start where they feel the influence is strongest—the entertainment industry. Together, they come up with a strategy. A formula that they think will work . . . Her name is Eve Evangeline Adams.

Single mother, Eve Adams, has just committed the ultimate sin. With the deed done, she takes her one-year-old son, Jaxson, to Atlanta to be with her mother while she gets on her feet. She wants to give her son the best life possible, and the one they have now, just isn’t it. So, her plan is to hit the pavement hard, and rebuild, so that she can bring her baby back home. But her plans may be delayed, because the Frazier brothers need her to sign on for their mission.

As bad as she wants to decline the ‘offer’, Eve is soon made aware that she has no choice but to go along with whatever it is they have planned. The brothers have something on her. Something that could send her to prison for the rest of her life, taking her from the very person that drove her actions.

But she didn’t plan to fall in “like”, along the way. To her, rapper Q James, was a good time. They met at a barbeque spot, by sheer happenstance. With Jaxson away for a short period, Eve sees nothing wrong with having a little fun to pass the time. But in the world that Eve now belongs to, Q is considered forbidden territory. And while a warning is issued, by someone close to her, Eve ignores it. She doesn’t see any danger, and she’s not in it for love, so why not? But there’s much more at stake than Eve knows, and by the time she realizes she should have heeded their warnings, Eve soon finds herself in danger.

There is always going to be the balance of good and evil. Evil is more prominent, being that it has more power, more resources . . . is calculated. That’s not it, either. The biggest of evil’s advantages, is that it has more people assigned to fear. Good has always acted behind the scenes, treading quietly, strategically, under the radar. Good has to be more calculated in their actions, and veer away from acting on impulse. If not, anything they’re planning could fall apart before it makes any kind of impact. The 4Mula shows alliances formed on either side of these two forces, and travels many roads before revealing who comes out on the winning end.

The 4Mula is available on Amazon NOW!

You can read an excerpt here – The 4Mula 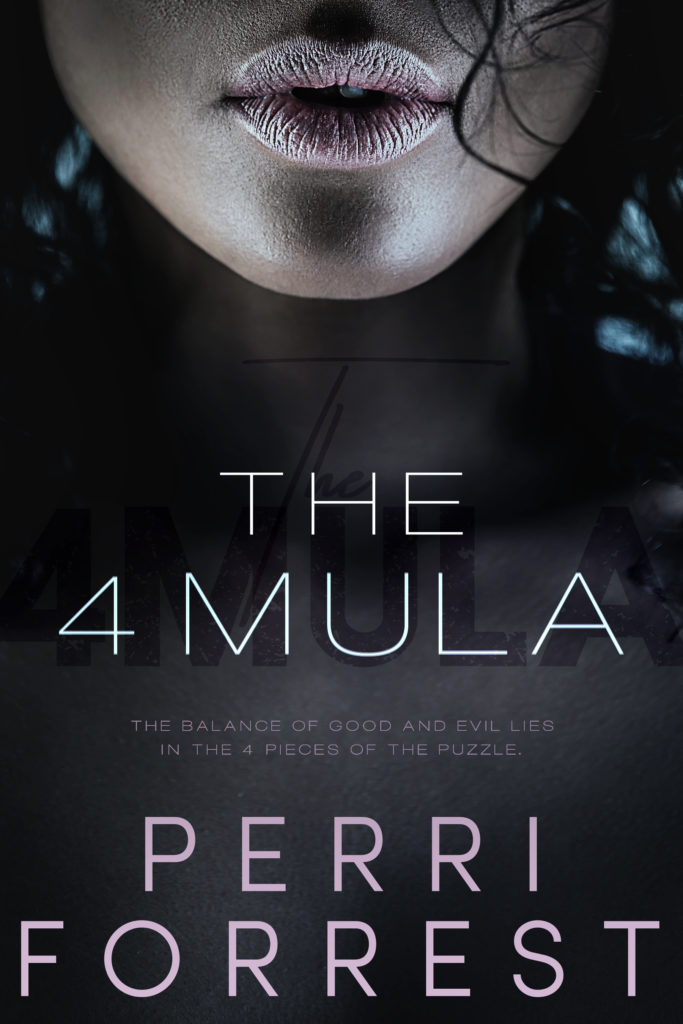