Indigo Sims is fighting to break the curse of his environment and not be a product of the streets. Every time he pulls away, something goes array and sucks him back in. A natural born leader and peace maker, he gives himself two months to be free from the streets while saving every dollar he can to fulfill the promise he made to himself.Taj Ali Adams has a bright future ahead of her and an undeniable light that everyone around her wants to protect, especially her older brother. With tragedy lingering around her, the light that shined so bright goes dim.Taj is forced to adjust to a whole new world after her father packs them up and moves unexpectedly. In a haze, Taj questions everything. Then fate steps in and guides two souls to each other. But the question is, will fate play fair and bring back Taj’s light to be a guide or will it diminish forever?Find out in Indigo Haze: Thug Love is the Best Love.

Indigo is back but his spirit is heavy and everything he thought he knew including himself is different. After being pulled back into South Central he quickly realizes that the life he once knew is too much to take in at once. But everyone needs him. With the help of his brother and his best friend, Indigo has to find his footing again and everything he once lived for.

At the center of Indigo’s quest back to himself is Taj. She was his reason to live but her reasoning has been lost. Believing that her heart was buried with him, she’s battling what she wants now and what she can have. Unable to fully let Indigo go, she finds herself giving into the current that’s pushing her into the arms of another man. The tighter she holds on to Indigo the more difficult life tends to get.

Will the fate for Indigo and Taj be sealed by the elapsed time spent apart and the secrets that linger?

Find out in Indigo Haze: Thug Love is the Best Love Part 2.

Indie has revealed himself to Taj and getting back in her good graces is tougher than he thought it would be. With the business of the streets still going on and Joey’s incarceration, Indie has to choose which issue needs more of his attention. Determined not to break under pressure, Indie tries to juggle all three.

Taj has been stewing in her anger since leaving Indigo and the rest of her family in Los Angeles. While she returns back to her day to day motion it’s becoming painfully clear that she cannot continue on the current path. With Malcolm fighting to keep her focus and Indie lingering in the background, Taj is torn between living the life she’s been accustomed to or living the life her heart is leaping toward.

Can Indie and Taj get what they want, or will they be forced to choose everything else over them?

Find out in Indigo Haze: Thug Love is the Best Love Part 3.

My job is to make you comfortable enough to be yourself…

Taj’s sense of security and stability that Indigo has provided is threatening to be snatched away from her. While she’s left in limbo about Indie’s past sins, Indie is trying to tie up all loose ends. There is nothing he wants more than to live life with Taj in peace.

While Indie is trying to protect Taj’s peace, she’s trying to heal every part of her heart that has been damaged in the last four years.

Will Taj and Indie get everything that their hearts desire, or will the damage of all the sins committed be the end of the haze they found themselves in?

Find out in the series finale of Indigo Haze: Thug Love is the Best Love.

Today, we’re spotlighting the “Indigo Haze: Thug Love is the Best Love” series from @aubreepynn ! Visit our site to learn more about the series and enter to win a $25 Gift Card from Aubreé by tagging your favorite urban romance author in the comments! 💕 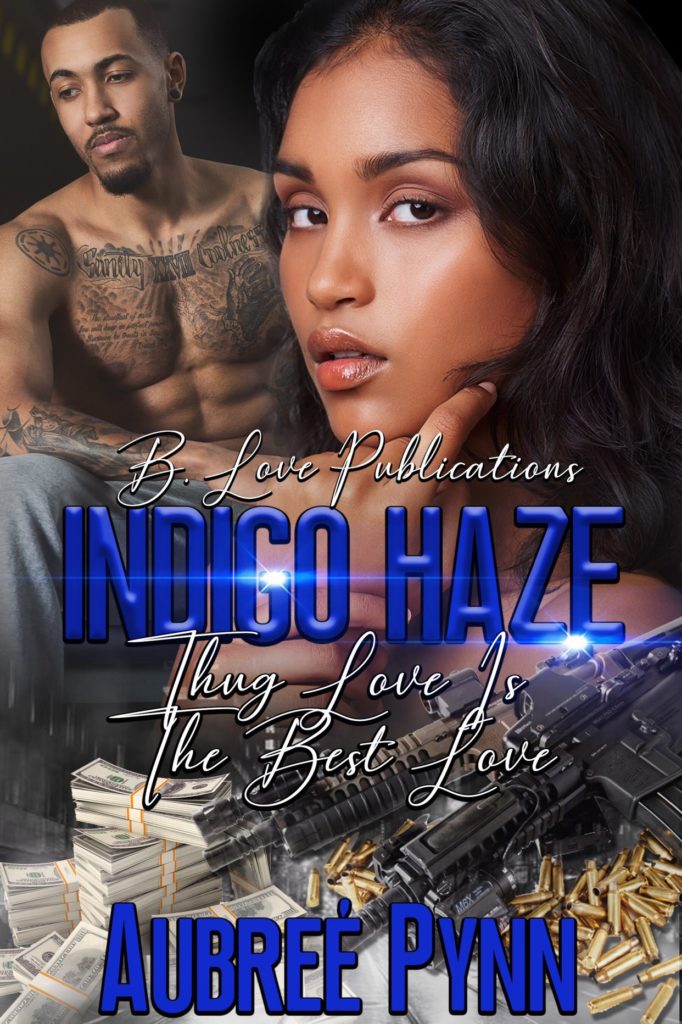